CAMBRIDGE, Mass. — Hundreds of people gathered Tuesday at Harvard University and near Chinese consulates in New York and Chicago to support protesters who have called for that country’s leader to step down amid severe anti-virus restrictions in the biggest demonstrations against the government in Beijing in decades.

About 50 protesters, mostly students at the elite Ivy League school, sang songs in both Chinese and English and chanted slogans in both languages, including, “We are not slaves, we are citizens!” “We don’t want dictatorships, we want elections!” and “Step down, Xi Jinping,” a reference to China’s president.

Many who had gathered at the statue of university namesake John Harvard wore masks — not because of COVID-19 but concerned that if they are recognized by Chinese authorities, their families back home would face repercussions.

Relatives could face harassment or even lose a job, said Wayne, a Harvard graduate student from China participating in the demonstration who did not want his full name used out of concern for relatives at home.

In New York, about 400 people gathered across the street from the consulate, holding signs saying “Citizen Dignity Freedom” and “Free China.”

In Chicago, about 200 demonstrators gathered in front of the Chinese consulate. Some chanted: “We don’t want PCR tests, we want food!” and “We don’t want a dictator, we want votes!”

Protesters brought flowers, lit candles, and blocked their faces with signs, masks and with blank sheets of paper, which Chinese protesters have used as a symbol of defiance of government censorship.

“I came because I want to do everything I can to help my people,” said a 21-year-old dressed in a hazmat suit, a reference to the suits worn by people who administer mandatory COVID-19 tests in China. 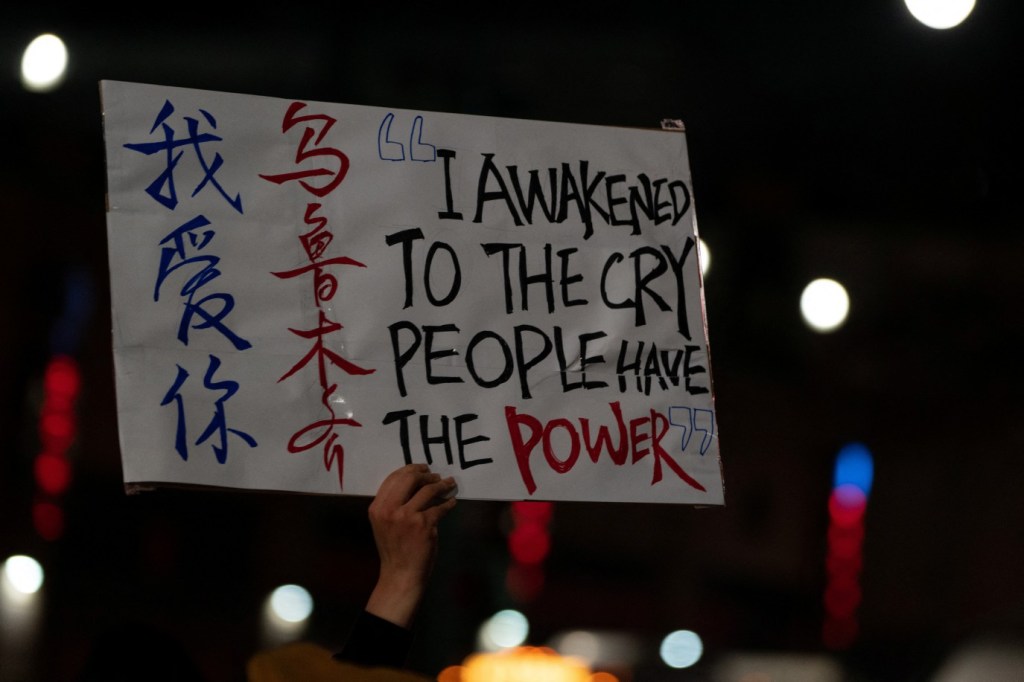 She asked to be identified only as a performance artist because her parents are members of the Chinese Communist Party and she has concerns they could face arrest if she was identified.

“They would be very worried” if they knew she was protesting, she said.

Chinese authorities’ restrictive “ zero-COVID ” strategy has led to demonstrations in at least eight mainland cities and Hong Kong. They have been called the most widespread protests since the 1989 student-led Tiananmen Square pro-democracy movement.

Some Chinese universities have sent students home and police fanned out in Beijing and Shanghai to prevent more protests Tuesday. Security forces detained an unknown number of people and stepped up surveillance. 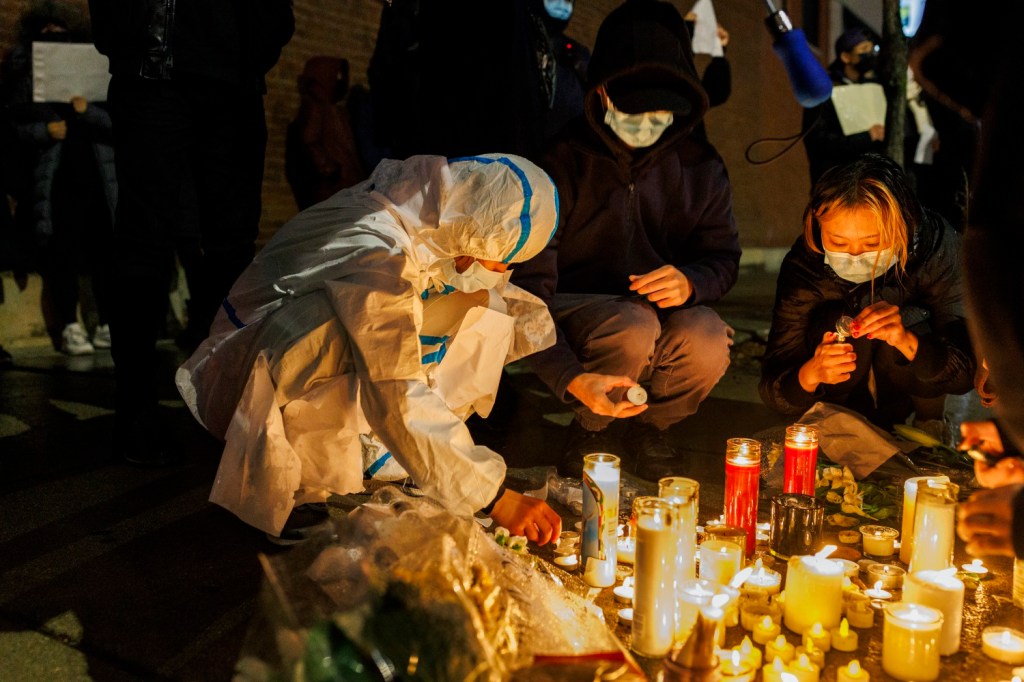 A protest also was held at Columbia University on Monday, and demonstrations supporting the Chinese people have either been held or are planned at other U.S. universities in the coming days.

The Harvard protesters also laid flowers at the base of the statue — a famous spot in Harvard Yard usually surrounded by tourists — to honor the 10 people killed in a fire in northwestern China last week, deaths that some blamed on the strict anti-virus controls.

Brabeeba Wang, a former Harvard student who is now studying neuroscience at the nearby Massachusetts Institute of Technology, went unmasked and played his violin to accompany the singing.