A British baker says she is fed up with her humongous size K breasts.

Jasmin Mcletchie, who hails from southwest England, is fundraising for a life-changing breast reduction because her back is not strong enough to support knockers that constantly “knock things over.”

Mcletchie, a 33-year-old mother of a 5-year-old girl, says she feels “strangled” by the crushing weight of her breasts when she lays down in bed.

According to her GoFundMe page, she wants the surgery “on behalf of Paul Williams,” her 51-year-old carpet fitter fiancé, calling him the ultimate “beneficiary.” Her goal is $12,000.

“The number of people, even my partner’s friends, [who] are like, ‘Why don’t you start an OnlyFans?’ They keep going on about it and how I could raise the money that way,” Mcletchie said, per the Daily Mail. 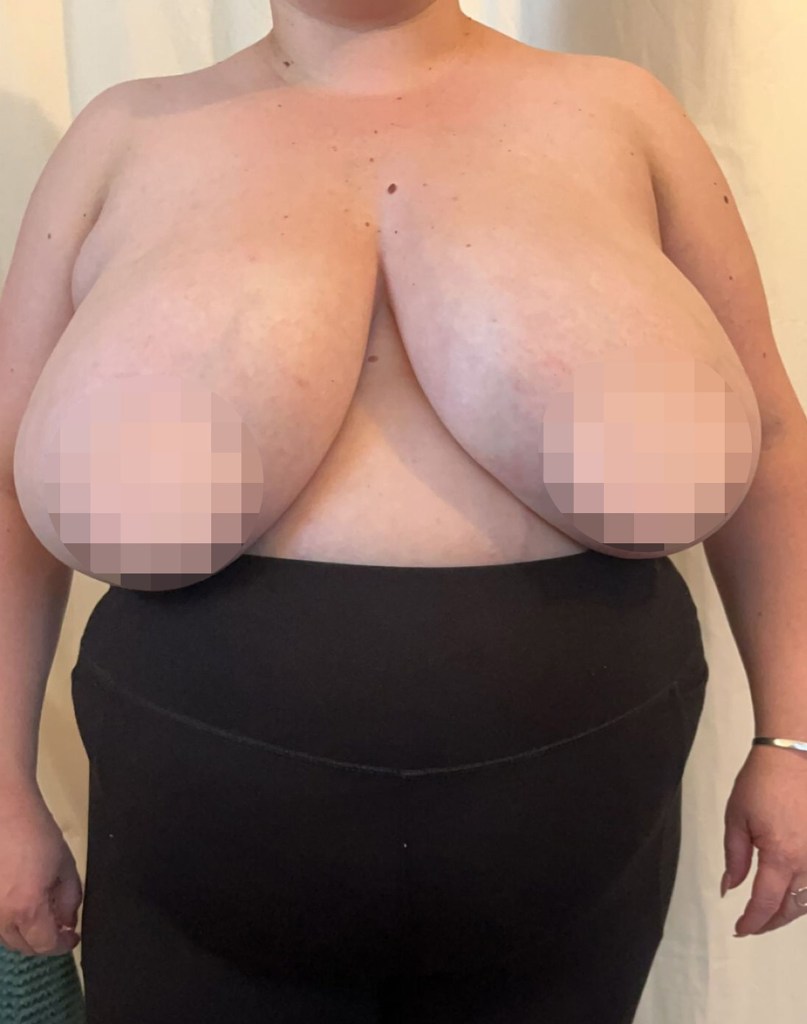 At just 4 feet, 11 inches tall, she has been forced to ditch underwire bras, as they have caused sores and rashes on her chest.

Mcletchie said her breasts have not only caused her physical pain, but emotional stress as well, leading to insecurities in the bedroom.

“They think men would go for boobs this size, and I say to them, ‘They might look alright in a bra, but out of a bra nipples are not supposed to face the floor,'” she said.

Mcletchie revealed that doctors have long told her she would benefit from breast reduction surgery, with her issues stemming back decades.

“When I was 14, I was getting changed for PE one day, and I had a top on underneath my school shirt and there were slits in it, which was very in fashion at the time. I just remember my friends turning around and being like, ‘Oh my god, look at your cleavage,'” Mcletchie recalled.

“There were girls coming into the main changing room area to look at my boobs, and they were teasing me, it was just horrible. I was a C cup, it was quite large for my age — and certainly compared to the other girls that I was going to school with. I was just so embarrassed.” 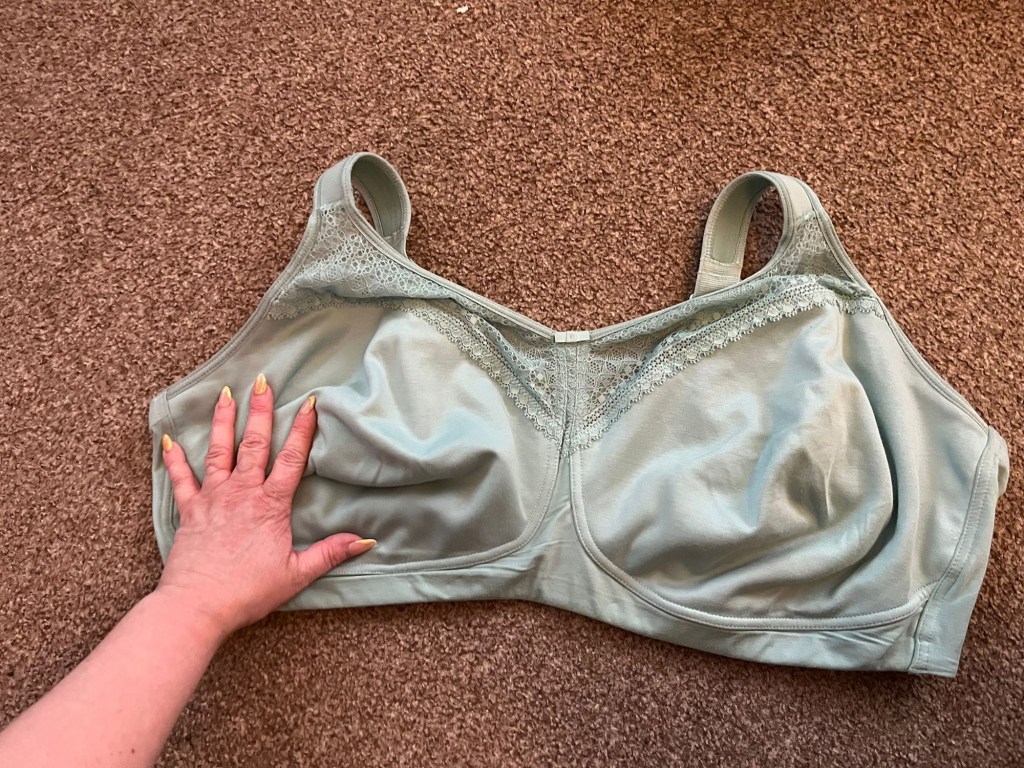 She said at 18 she was wearing an E cup, before graduating to an F cup in her early 20s and a K cup after having her daughter.

Mcletchie acknowledged her weight may contribute some to her large breasts, but emphasized she has always had them since she started puberty at 14.

She also revealed she suffers from Raynaud’s, a blood circulation condition that causes increased pain in her nipples and breast tissue during winter months.

Mcletchie claims she tried to go through England’s publicly funded healthcare system for the breast reduction, but was told she didn’t meet the criteria.

“I had my photos taken, I gave my covering letter, and I didn’t hear anything back from the funding board,” she insisted.

“I know I’m overweight, I would like to get down to a size 16 before surgery. If I can reach that goal before surgery I’d be incredibly happy with my body. My body is not the issue, it’s my breasts.”

A spokesperson for the National Health Service told the Daily Mail the agency “cannot comment on individual cases.”

“Like all NHS organizations, we have to choose carefully how we use our funds and, unfortunately, we cannot fund all treatments in all circumstances,” the spokesperson said.