Designed on the basis of the deadly Mako shark, theincredible super yachtfeatures a helipad and a floating lounge.

According to the designer, the stunning 400-foot-long ship is inspired by "the elegance and performance of the Mako shark, and the smooth, silvery wave shape."

Mako sharks are known as the fastest sharks in the world, so of course the Mako Super Yacht can reach speeds of 58 miles per hour.

The State of Craft, a design group based in London and Otawa, Canada, has branded the ship as an "Explorer Yacht".

Apart from the impressive overall design of the yacht, perhaps the most striking feature is the helipad platform on the front deck.

This allows the aircraft to "use the platform lift to safely land and store in the garage under the deck."

The fore deck also has a swimming pool that offers "dramatic views of the entire yacht."

In addition, the edgy yachts have a unique "floating lounge".

The studio in the center of the ship is described as "a space full of light and twice as high." 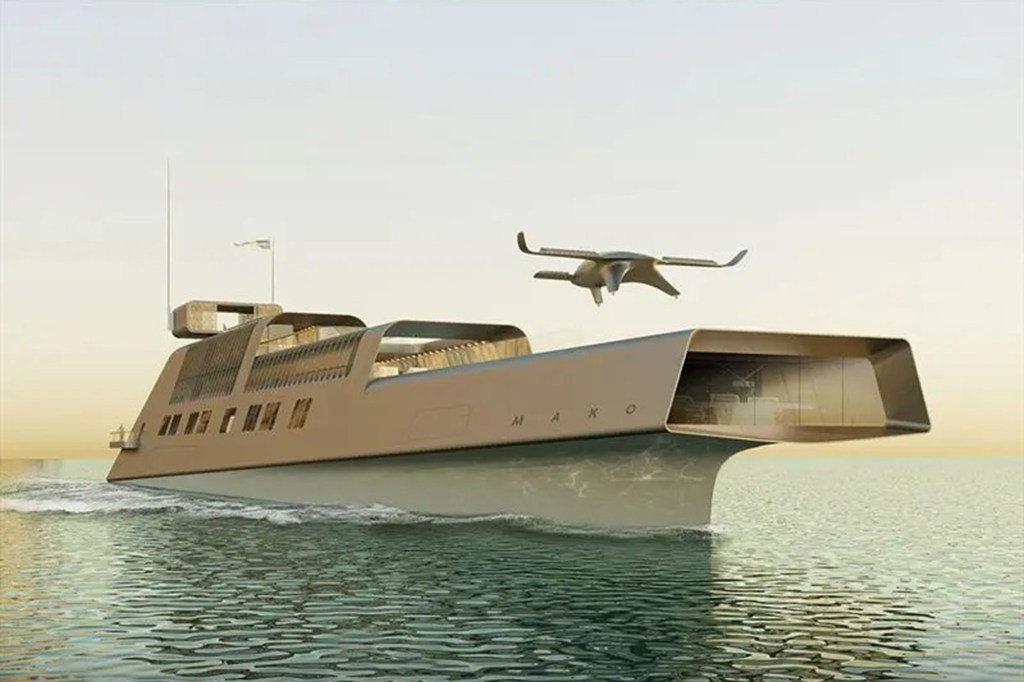 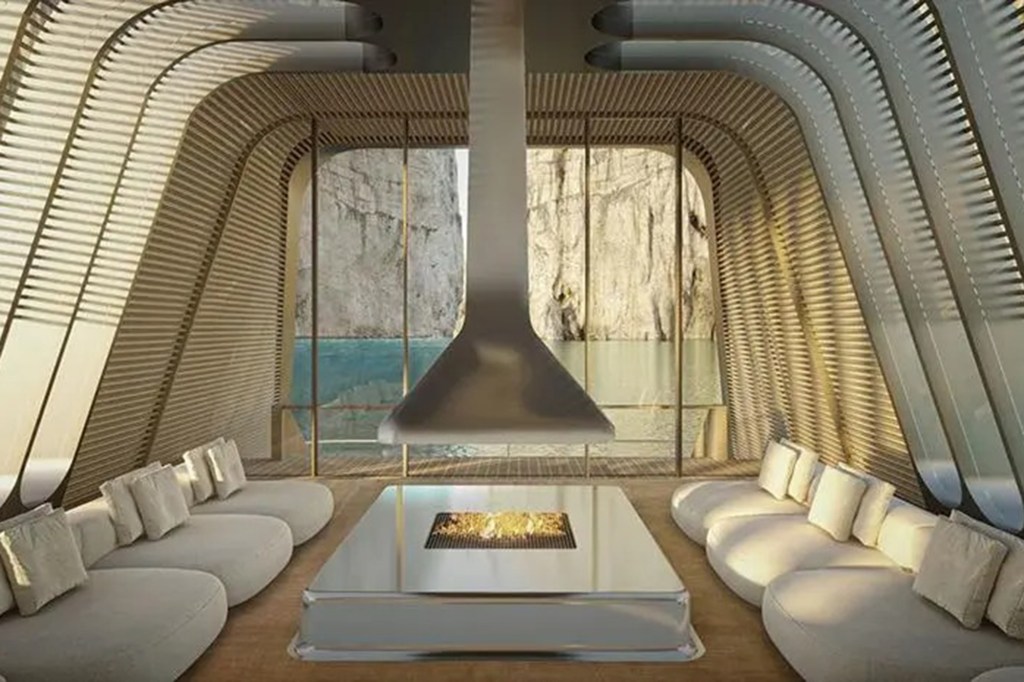 Another great feature of the yacht is the pavilion. This is an area that floats above the top deck that can be used as an "empty observatory, panoramic lounge, fitness studio, or yoga". space. "

The rear deck has a" sunken soft seating area "with a 270 degree view.

"I wanted the hull and superstructure, the internal and external spaces to all be highly integrated into the overall volume with a continuous surface." 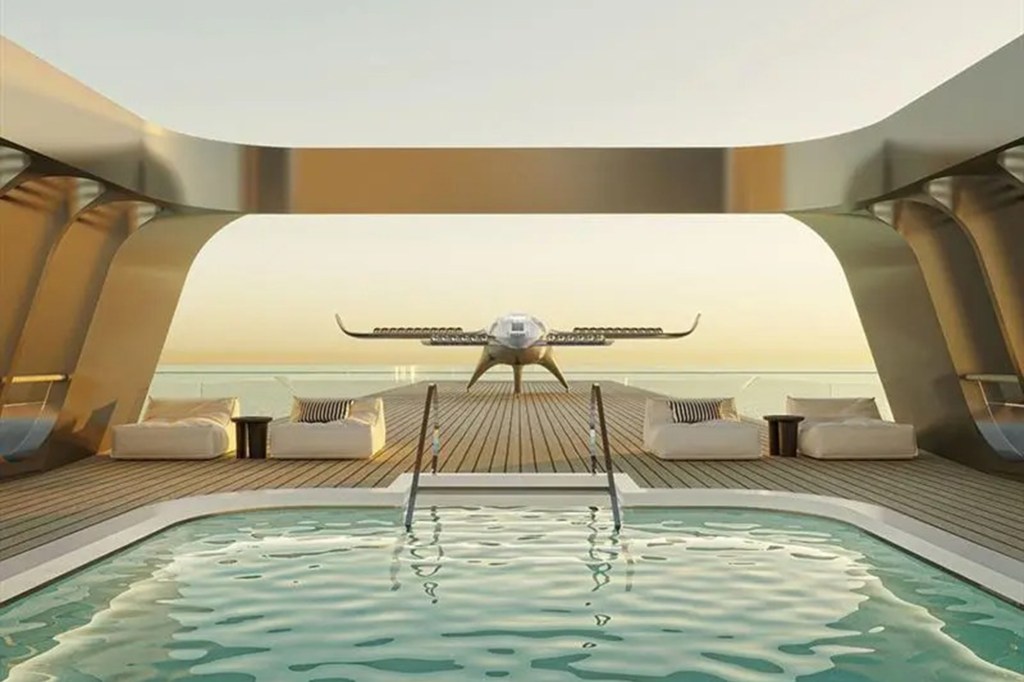 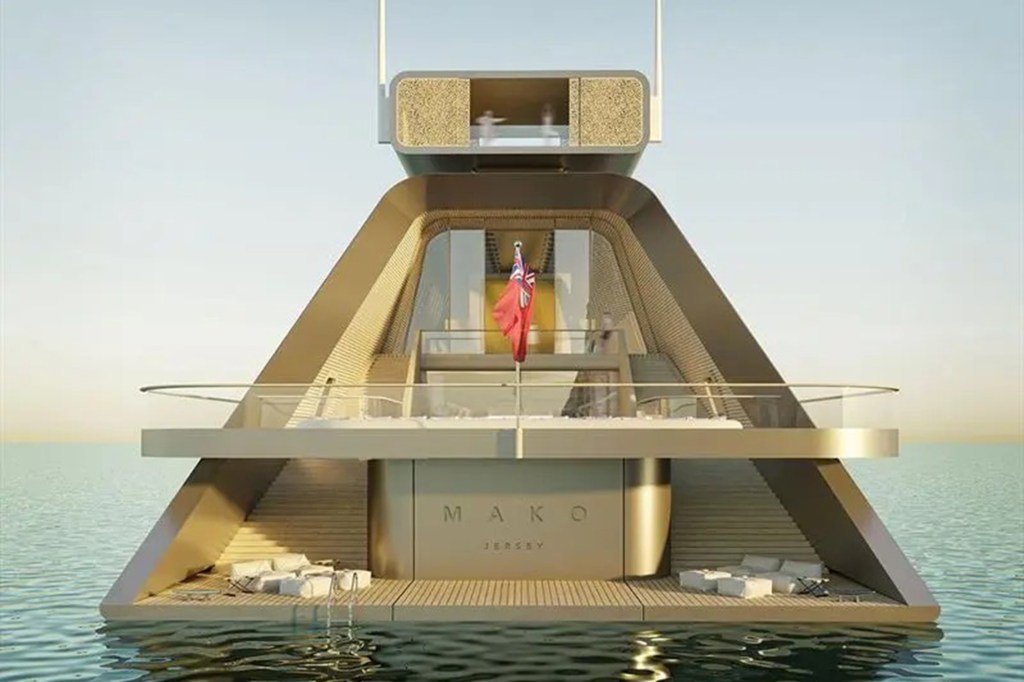 The Mako Ship is described as "a comfortable home, entertainment space and adventure platform with zero carbon footprint".