An investigation is underway after thousands of dead fish washed up on a popular beach.

Beachgoers who travelled to Semaphore Beach in Adelaide over the weekend were met with a stinky surprise after the fish washed up on the sand.

The fish are believed to be sardines or anchovies.

The cause of the mass fish death is unknown, but the Department of Primary Industries and Regions SA (PIRSA) has kicked off an investigation into the incident.

“PIRSA is aware of dead fish being reported in the Point Malcolm area and are investigating the cause,” the department told NCA NewsWire in a statement.

The department said events which kill a large number of fish could be due to several reasons. 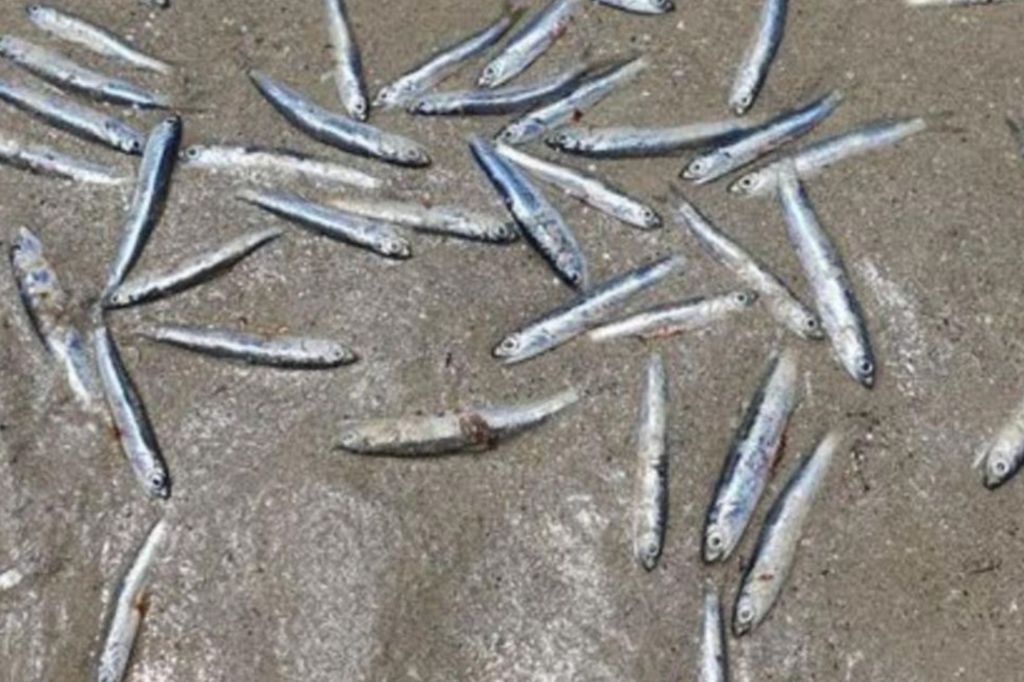 “In general, fish-kill events can happen due changes to environmental factors such as temperature, salinity or oxygen levels, or through the introduction of disease or pollutants,” PIRSA said.

Once images of the dead fish circulated to social media, many users shared their own theories.

“I used to work along that section of beach and on a couple of occasions I’ve come across large schools of white bait landlocked in a pool, with a sandbar preventing them from returning to deeper water,” one user wrote.

“Unfortunately, the shallow pools heat up and the fish die.”

Another claimed the fish were trying to escape a predator and “got caught” when the tide went back out.

Meanwhile, another person said it was a result of recent storm activity.

“All the polluted water washing out to sea from the rains,” one person wrote.

PIRSA urges anyone who comes across “unusual numbers of dead fish” to contact FISHWATCH on 1800 065 522.