After extending the Yankees’ lead early on Monday night with a home run, the shortstop had a defensive miscue that led to a pair of runs in the fourth inning before the Blue Jays came away with a 3-2 win in 10 innings at Rogers Centre.

With no outs and a runner on first in the fourth inning, Vladimir Guerrero Jr. smoked a 111.5 mph ground ball to shortstop, where Kiner-Falefa bobbled it, costing him a chance at a double play. But instead of just taking the out at first once he scooped the ball back up, Kiner-Falefa briefly thought about still throwing to second before ultimately going to first. The slight pause allowed Guerrero just enough time to be safe at first base.

“It’s obviously hit really hard,” manager Aaron Boone said. “I haven’t seen a replay on it yet. Our iPads have that high-home [view], so it’s hard for me to judge what the hop did and things like that.” 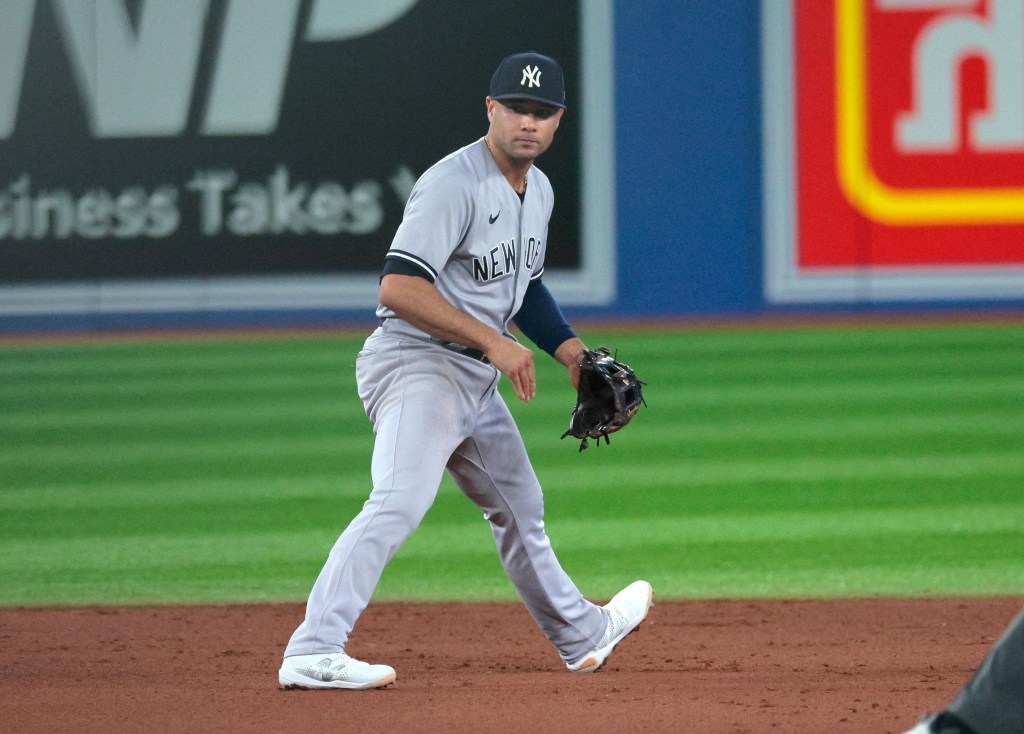 But the Yankees also missed a potential chance to nab Hernandez at second after he took a long look at the fly ball thinking it was a home run. Aaron Judge collected the ball in center and threw to the cutoff man, Kiner-Falefa, who turned and threw home instead of going to second, where Gleyber Torres was heading for a likely chance to get Hernandez.

“As a middle infielder there — obviously it’s very loud — when that ball’s hit, you don’t even think there’s a play at second,” Boone said. “That’s just a double all the way, so you’re kind of getting yourself in position to throw home. The runners got held up a little bit and it ended up going home. I think if we were at second — because Teoscar wasn’t really running — we might have had a play there.

“It turned out to be a little inconsequential because that’s all they scored anyway. But that’s one of those where you try to play as well as you can with your eyes in a loud scenario where it gets a little different than what the play shows.”

Kiner-Falefa’s home run was his fourth of the year — all of them coming since Aug. 13 — a solo shot that put the Yankees up 2-0. It came in the second inning off Blue Jays right-hander Kevin Gausman, who largely held the Yankees in check across 6 ¹/₃ innings.