Ivana Knöll, who’s been dubbed the World Cup’s “hottest fan” by various outlets, continues to wear her signature sultry outfits to the competition in Qatar despite the country’s strict dress code.

On Sunday, the model, 30, wore a strapless dress to watch Croatia defeat Canada, 4-1, at Khalifa International Stadium. The fan took to Instagram to share photos of herself wearing the red and white checkered ensemble near the pitch.

Visitors to Qatar are supposed to show “respect for local culture by avoiding excessively revealing clothing in public,” according to the country’s tourism authority, which recommends that both men and women should cover their knees and shoulders.

Knöll also posted a video that showed her posing in the stands for FIFA World Cup cameras, writing, “am I dreaming?” 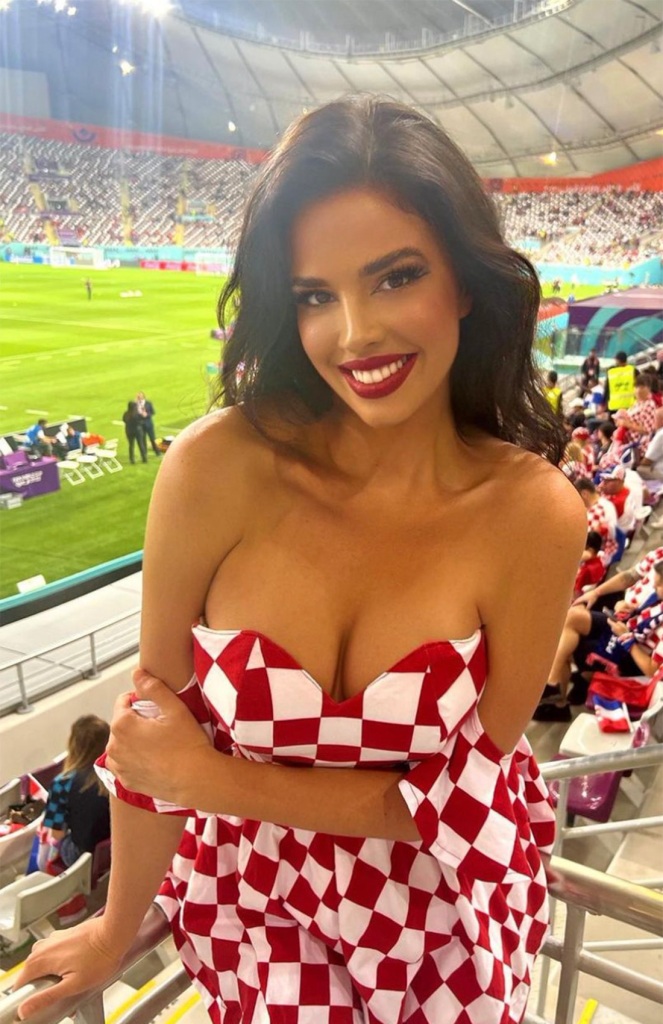 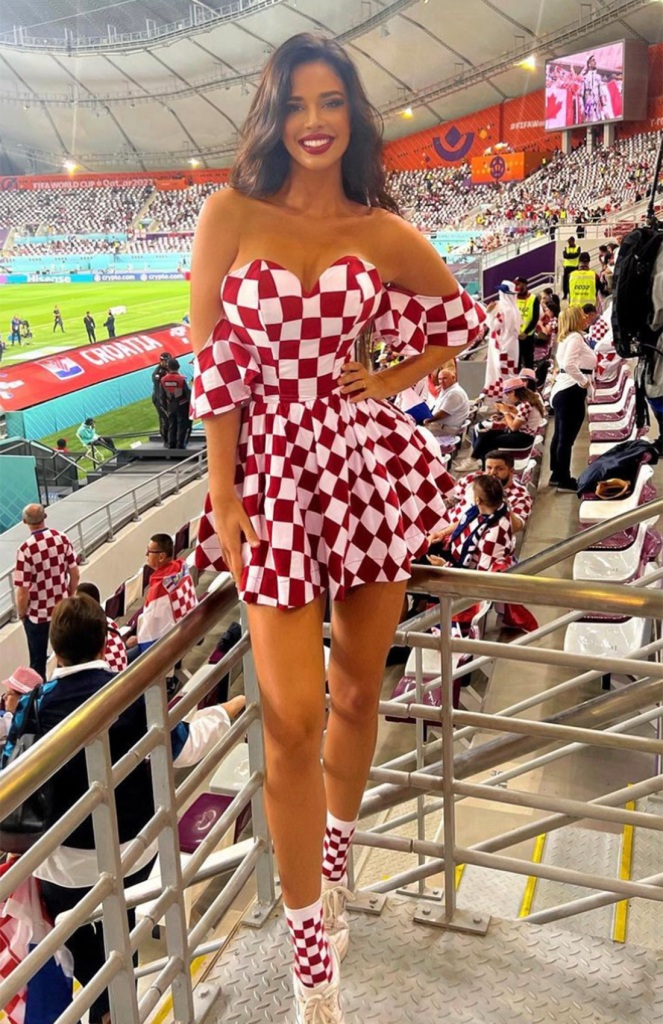 On Wednesday, Knöll turned heads in a similar look at Al Bayt Stadium, where she wore a plunging dress to support Croatia in their eventual draw against Morocco, 0-0.

Prior to the Group F match, the “Knöll Doll” swimwear founder posted photos of herself both in and outside the venue.

That day, Knöll described the Qatari organized event as a “disaster” in a post on her Instagram story amid numerous controversies surrounding the 2022 World Cup. 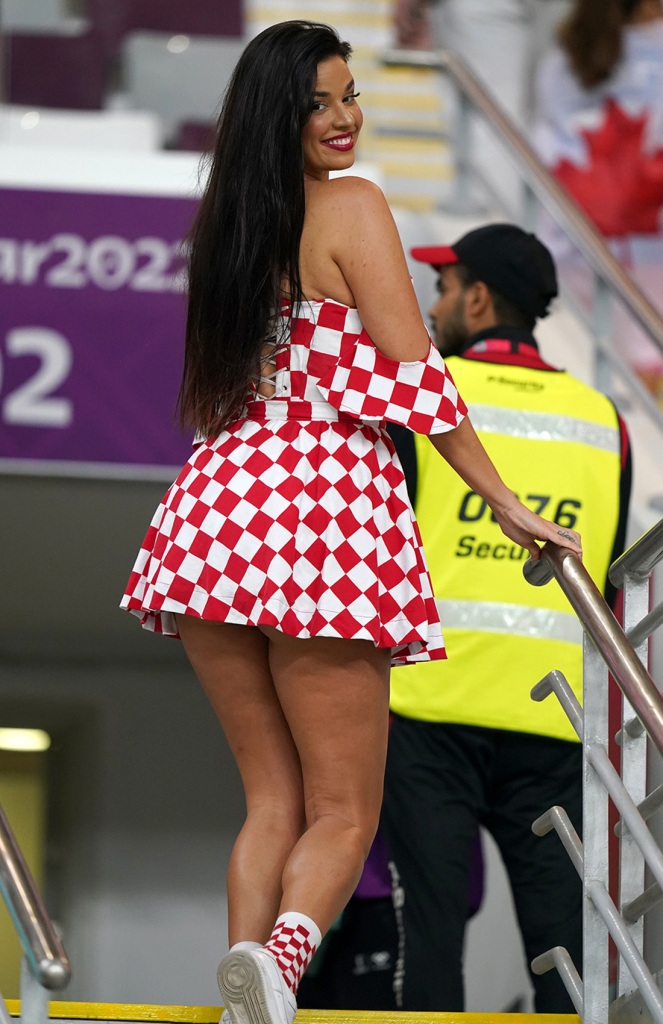 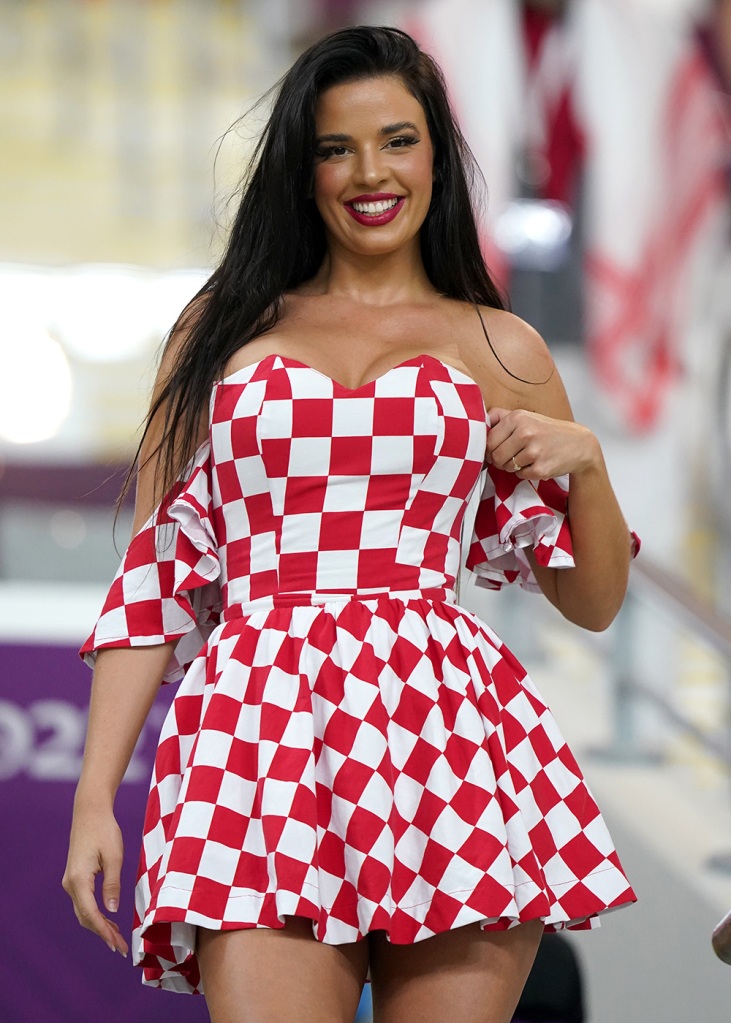 “This is a disaster,” she said, according to The Sun. “I feel sorry for all the people who can’t go to the World Cup because of the worst organization in history.

“My entourage didn’t get a Hayya card even after 20 days, even though they have all the tickets to the final,” she continued, referencing the personalized document that those attending any of the World Cup matches are required to have.

“It’s clear why so many people didn’t even want to participate in this circus!”

Knöll — who is based in Miami and is represented by a Los Angeles modeling agency — obtained a visa in October, which allows her to work in the United States for next three years.

‘RHOP’ alum Katie Rost reveals she relapsed: ‘I failed’ but am ‘starting over’

Model influencer found dead in her car with 11 stab wounds

The night LeBron James made us believe

Beijing Pushes Back After Biden Frames Relations as 'Competition'

Relieve leg aches and pains with this at-home compression treatment