The Mets now have a two-time Cy Young winner-sized hole in their rotation, but some newfound financial flexibility to try to make up for it.

The top priority of the Mets’ offseason went elsewhere Friday night when Jacob deGrom signed a monster, five-year, $185 million contract with the Rangers. But the Mets, whose offer to deGrom was for three years and in the $120 million range, according to The Post’s Joel Sherman, will now look to spend that money to bolster their rotation and address other areas of need, potentially including a reunion with another of their in-house free agents, Brandon Nimmo.

Justin Verlander and Carlos Rodon are the top starting pitchers on the free-agent market, and the Mets already have met with both in preparation for the possibility deGrom would sign with another team. That is now a reality, leaving Verlander, who will pitch next season at the age of 40, and the soon-to-be 30-year-old Rodon as the Mets’ best chances of landing a top-tier arm to complement Max Scherzer atop their rotation.

Verlander could be in line for a deal similar to the one the Mets gave Scherzer last offseason — three years and $130 million for a $43.3 million average annual value. Rodon, meanwhile, figures to earn a longer contract with a lower AAV, perhaps around $30 million, with one outside expert projecting a five-year, $150 million deal via The Post’s Jon Heyman. 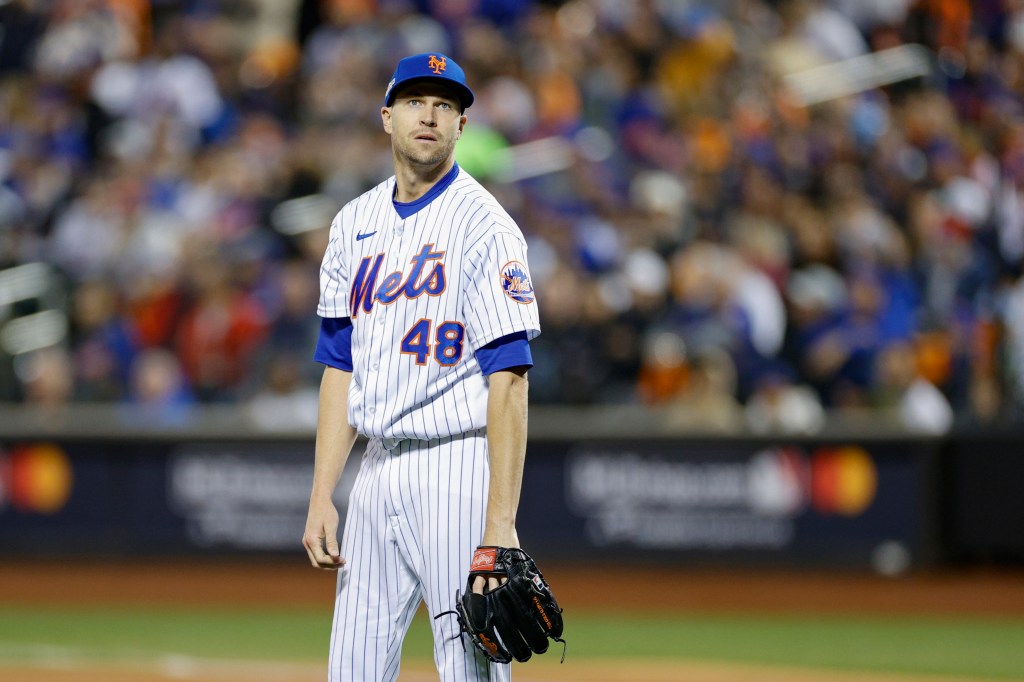 The next tier of available starters — which the Mets could dip into in addition to either Verlander or Rodon, or for multiple arms if they don’t sign either of the top two — includes Japanese right-hander Kodai Senga (with whom the Mets have already met), their own free-agent right-handers, Chris Bassitt and Taijuan Walker, and former Yankees right-hander Jameson Taillon. Bassitt was the Mets’ most consistent and healthiest starter last season, piling up a team-high 181 ²/₃ innings with a 3.42 ERA. 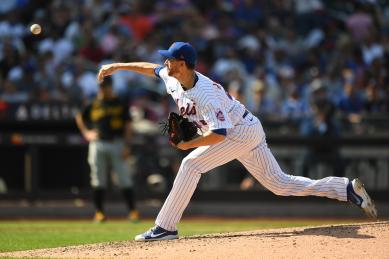 The money previously allocated for deGrom could also help the Mets retain Nimmo, who is the top center fielder on the market and the second-most attractive outfielder behind Aaron Judge. The Mets would have a big hole to fill in center field and at the top of their lineup should Nimmo follow deGrom out of Queens, though it’s possible that Pirates center fielder Bryan Reynolds, whose trade request became public on Saturday, could fit the bill.

The Mets also have to find bullpen reinforcements to form the bridge to closer Edwin Diaz, who re-signed on a five-year, $102 million contract last month.

Still, with a rotation that currently includes Scherzer, Carlos Carrasco, David Peterson and Tylor Megill, adding a starting pitcher or two figures to be the Mets’ most pressing need. Of course, they will have no shortage of competition for the other top arms in the pitcher-hungry market.

Verlander, whose other suitors could include the Yankees, Dodgers and Astros, is coming off his third career Cy Young Award after recording a 1.75 ERA with 185 strikeouts in 175 innings for Houston. He missed all of 2021 while recovering from Tommy John surgery, but has talked about wanting to pitch into his mid-40s.

The Rangers were previously seen as one of the most obvious landing spots for Rodon, but the Mets could still be vying for him, alongside the Yankees, Giants and Dodgers, among others. The lefty, a Scott Boras client who underwent Tommy John surgery in 2019, is coming off back-to-back stellar seasons in which he registered a 2.67 ERA with 422 strikeouts in 310 ²/₃ innings.

While deGrom’s departure may be crushing for the Mets, his early decision should help them double down on the rest of the starting pitching market, especially with the Winter Meetings beginning on Sunday in San Diego.