Jalen Brunson already has emerged as the Knicks’ most indispensable player, making his suddenly iffy status — even in the short term — a potential concern.

The $104 million point guard didn’t practice Saturday and has been listed as questionable for the game Sunday against Ja Morant and the Grizzlies at the Garden with what the Knicks are calling a right-quad contusion suffered Friday in the fourth quarter of their overtime loss to the Trail Blazers.

“We’ll see where he is [on Sunday],” Knicks coach Tom Thibodeau said of Brunson after practice in Tarrytown. “I think he’s been so huge for us, just because of so many different qualities that he has.”

Brunson, who missed a potential go-ahead jumper in the closing seconds of regulation Friday, leads the Knicks with 21.8 points and 6.5 assists per game through their 9-10 start. 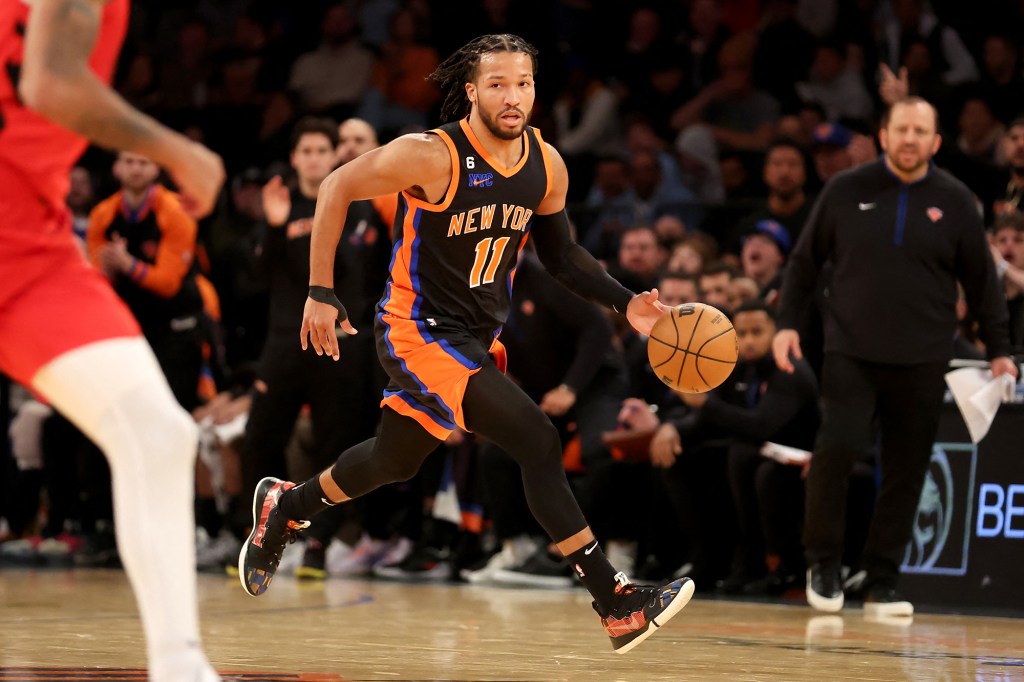 “The leadership, I think point guard is a leadership position, and it helps you to manage and control the team,” Thibodeau added. “I think Jalen is so team-oriented, I think it makes your team play unselfishly. I think we’re scoring a lot of points, and he gives us an attack, a pace to the game, downhill, guys are playing off each other.

“And if you move and you’re open on a cut, he’s gonna hit you. He wants to get the ball up the floor fast and when we do that, I think it presents a lot of easy scoring opportunities for everybody.”

Veteran backup Derrick Rose is also still questionable after he missed the past two games with a toe injury. The Knicks would be down to a combination of Immanuel Quickley and Miles McBride at the point if both Rose and Brunson are unable to play. Thibodeau said the 34-year-old Rose looked “better” Saturday and participated in “most of what we did” in practice.

McBride has averaged 5.3 points in 14.7 minutes while shooting 7-for-15 from the floor over his past three appearances since Rose was injured in Phoenix last Sunday. The second-year guard had totaled just 13 minutes over the Knicks’ first 16 games, but Thibodeau said he’s comfortable if McBride needs to play an expanded role on Sunday.

“Just his preparation and defensive mindset. He’s worked really hard, he practices great all the time, so it gives us confidence that he’ll play well when he’s given the opportunity,” Thibodeau said. “And Quick, he’s gonna have a major role, obviously. If he’s in there with Deuce, they’re interchangeable, both guys can run it. Same thing when Derrick and Quick are in together, they’re basically interchangeable.”

Of course, the challenge for whichever point guards are available Sunday will be defending against Morant, the All-Star ball handler who is averaging a career-best 28.6 points and 7.3 assists in his fourth NBA campaign for the Grizzlies (11-8). 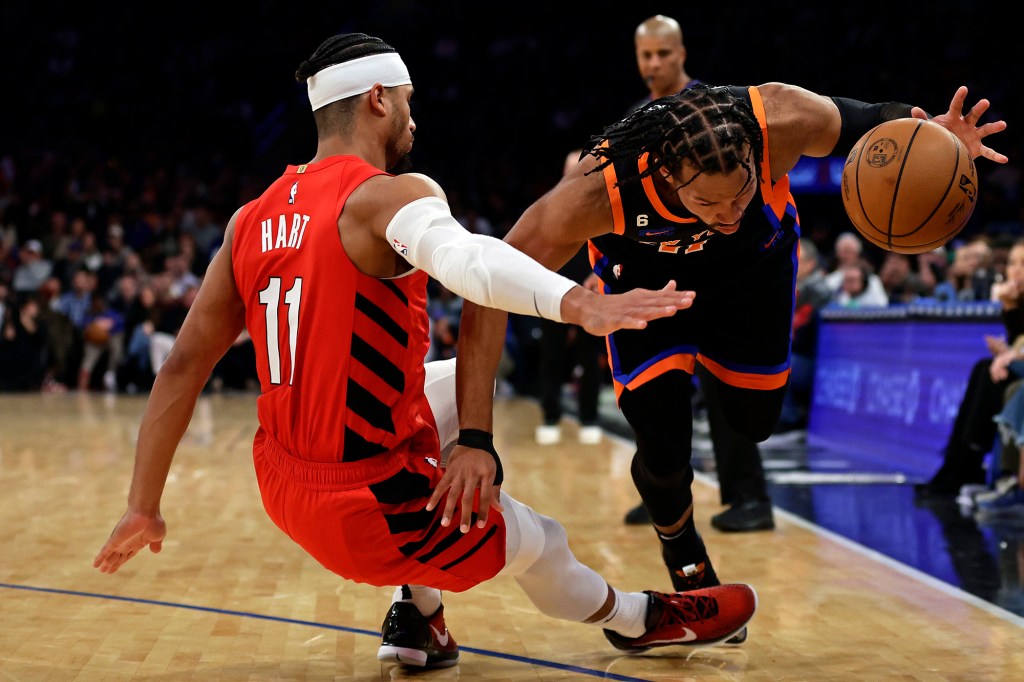 “With the speed of the game, obviously, he’s a special talent,” Thibodeau said. “He’s an MVP-type player, but his speed is something that a player like that, you’re not going to guard him individually. You have to guard him with your team.

“They’re unselfish and they play off each other extremely well. So we are going to need a great effort for 48 minutes.”

The Knicks went 3-2 on their recent road trip against several top-tier Western Conference clubs, but after opening the season 3-0 at home, they have lost four of their past five games at the Garden. The lone win in that stretch came against the Eastern Conference-worst Pistons, on Nov. 11, with home losses against the Hawks, Celtics, Thunder and Trail Blazers.

“I felt like we’re gotta start getting into that right now, because we’ve lost a couple at home now. We know that home is a priority and we gotta win those games. We’re gonna fix that, for sure.”

A mom took her dog for a walk in northern England last week. Her partner says she 'vanished into thin air'