ATLANTA — When the Mariners, late Friday night, ended the longest postseason drought in the four major North American sports leagues, this officially became a possibility: that the final plate appearance of this MLB season could be Jarred Kelenic versus Edwin Diaz.

Yes, I tend to think of the outlandish and dramatic — though think of the theater if that ultra-long shot comes through. Of course, there are many miles from here to there, especially since the Mariners are in as a wild card and, therefore, will have to play an extra round while the Mets were still fighting the Braves to avoid the same complication.

But that Kelenic is in play to be part of Seattle’s ride — wherever it ends up — is yet another reminder that success is neither assured for top prospects nor linear in determining if will fulfill their touts.

There have been so many twists and turns and evaluations and reevaluations of the December 2018 trade that sent Kelenic to the Mariners while the Mets received Diaz plus Robinson Cano’s contract and reputation. Diaz, who will enter free agency this offseason, upgraded the Mets’ end of the deal by coming full circle: Just as in his final Mariners season, 2018, Diaz is the majors’ most dominant reliever.

Kelenic, who was optioned to the minors twice this season amid strikeout-heavy failure, returned Sept. 21 and became the regular center fielder when Julio Rodriguez was placed on the injured list two days later with a strained lower back. So Kelenic was essentially stepping in for the player who became what Kelenic was supposed to be. Kelenic arrived in the majors in 2020 at age 21 with a no-doubt reputation, but all he has done since then is layer doubt upon doubt. Rodriguez arrived this year in his age-21 season and probably is going to be the AL Rookie of the Year. Seattle already has signed him to a seven-year, $119.3 million extension that can be for way more years and dollars. 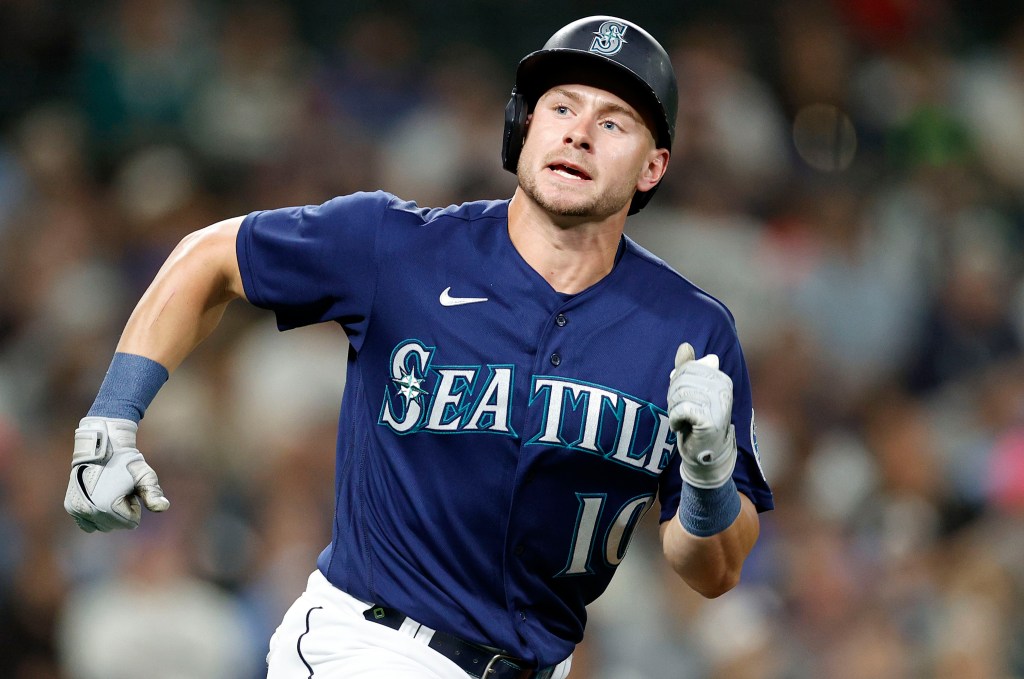 Rodriguez is expected back for the playoffs. And it looks as if he will be joined in the outfield by Kelenic, who will switch over to left field. Kelenic was optioned to the minors most recently in August, when he had a .167 career batting average and a 30.6 strikeout percentage in 500 major league plate appearances. In eight games since returning with a less pronounced leg kick, Kelenic was hitting .267 with three doubles, three homers and a 21.2 percent strikeout rate.

It is a tiny sample size, but one that almost certainly is going to give Kelenic playoff at-bats as, at minimum, the lefty swinger in a left-field platoon. And it is worth noting that Kelenic was born in the same year (1999) as Mets rookies Brett Baty and Mark Vientos — so there is much still to learn about Kelenic.

There also is much to learn about Baty and Vientos, by the way — and now about Francisco Alvarez. Neither Baty nor Vientos wowed in very limited samples. Baty had two homers and a .586 OPS in 42 plate appearances before tearing a thumb ligament. Vientos had one homer and a .541 OPS in 34 plate appearances entering Saturday, though there seemed times when manager Buck Showalter looked down the bench hoping to see Benny Agbayani before using Vientos. Alvarez was 0-for-4 in his major league debut Friday, striking out as the go-ahead run with the bases loaded and one out in the ninth inning against Kenley Jansen in the Mets’ 5-2 loss to the Braves. Alvarez will get more chances in the waning days to see if he should be placed on the postseason roster. 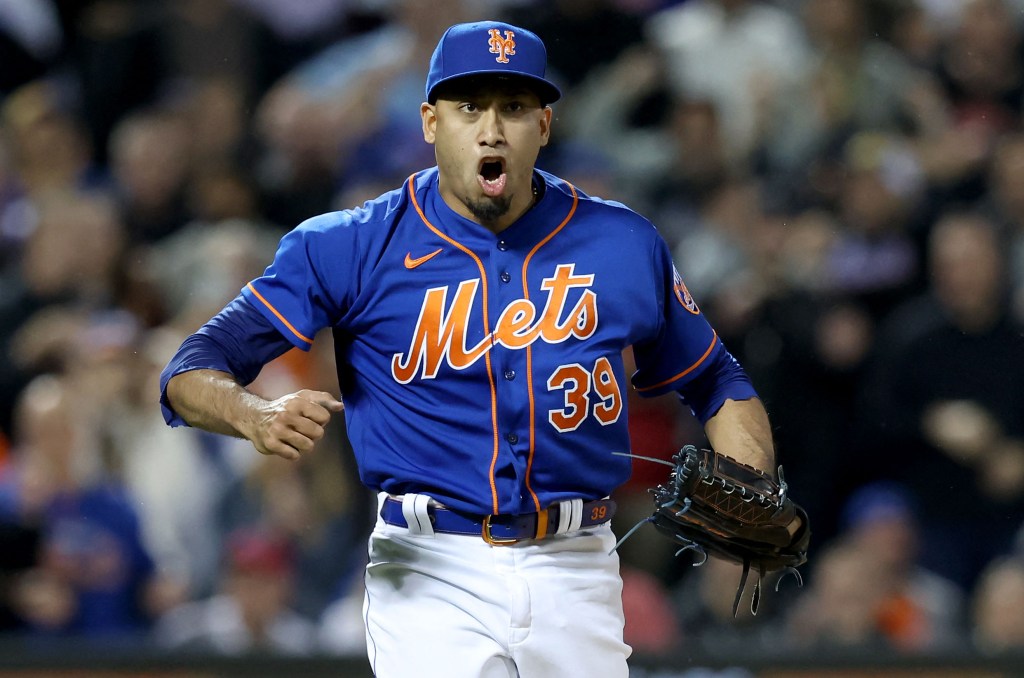 That is way too little time to decide anything — and that also would have been true if Baty, Vientos and Alvarez had starred in cameos this year. But it is hard to miss that one reason the Braves tracked down the Mets this season and were tied atop the NL East going into the teams’ game Saturday night was that Michael Harris II and Spencer Strider were instant stars out of Atlanta’s minor leagues — likely to finish 1-2 in some form for NL Rookie of the Year.

The Mets naturally (and rightfully) are downplaying results based on so little information. Perhaps their true feelings were expressed at the trade deadline when they dealt none of their top prospects — including Baty, Vientos and Alvarez — despite being a win-now team. In part, that is because the stated goal from Steve Cohen on down through the organization is to be more than a win-now team.

The top of the Mets’ farm system is position-player heavy, with Alvarez, Baty and Vientos plus Ronny Mauricio and Alex Ramirez and now 2022 top picks Kevin Parada and Jett Williams.

What comes next is seeing what the Mets believe about the graduating class of Alvarez, Baty and Vientos as they plot toward 2023. For example, do they think enough of Alvarez’s defensive chops at catcher to try to trade either James McCann or Tomas Nido — who are offensively challenged, but defensively strong — and go with Alvarez as a catcher/DH to begin next year? Will they keep both McCann and Nido and just make Alvarez mainly a DH? Will they keep both and let Alvarez get more Triple-A seasoning?

Is Baty ready to turn Eduardo Escobar into either a super-sub or a trade chip? Is Vientos the complementary righty bat that, for example, Darin Ruf has failed to be?

Again, nothing is guaranteed, not all is linear. Baltimore’s Adley Rutschman and Rodriguez honored their top-two preseason prospect ranking by Baseball America with immediate star turns in 2022. Kansas City’s Bobby Witt Jr. and Detroit’s Riley Greene (who were 3-4) were fine. Detroit’s Spencer Torkelson, No. 5 with preseason comparisons to Paul Konerko, was a disaster.

Kelenic was the No. 4 prospect going into last season. And we are still trying to figure out exactly who he is.