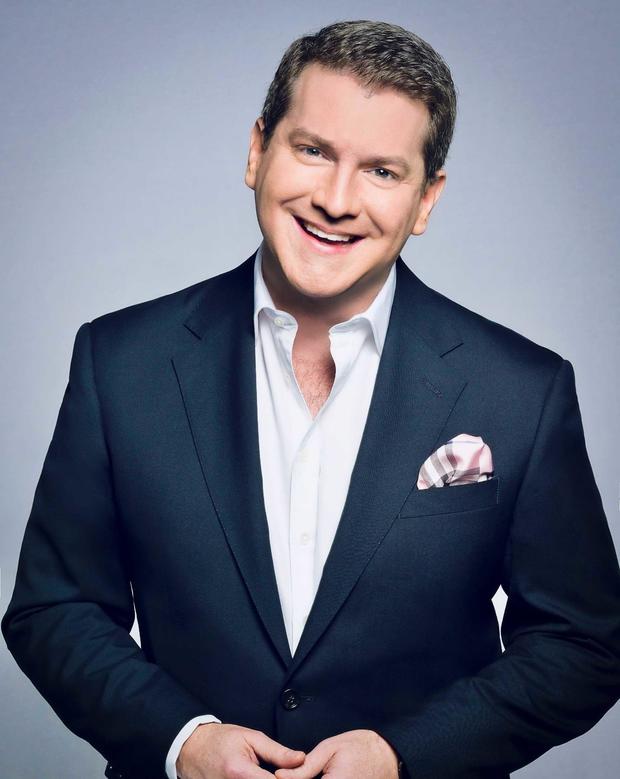 Jay Shaylor is the executive producer of the "CBS Evening News with Norah O'Donnell," a role he has held since October 2019. Since arriving at CBS News, Shaylor has spearhead changes to the broadcast, including overseeing its historic move to Washington, DC in December 2019. Under his leadership the broadcast has grown its audience and has continued to distinguish itself through in-depth reporting and news-making interviews. Shaylor also serves on the news division's diversity advisory committee.

Shaylor is an Emmy, Peabody and Murrow Award-winning journalist with nearly two decades of newsgathering expertise and editorial leadership. Prior to joining CBS News, he spent six years as the executive producer of "The Situation Room with Wolf Blitzer," CNN's flagship two-hour daily newscast covering breaking news, national security, international events and politics. During his time at CNN, Shaylor was at the helm in the control room leading live coverage of many of the biggest breaking news stories of the decade—from the San Bernardino and Paris terror attacks to the firing of FBI Director James Comey. Shaylor was also in the chair during some of the most important moments of the 2016 presidential campaign and the special counsel investigation of Russian election interference—from the appointment of Robert Mueller to his final testimony before Congress. In addition to supervising daily coverage and breaking news, he was part of the team that produced CNN's election nights and special events. During his tenure there, his team was nominated for seven Emmy Awards.

Before joining CNN, Shaylor was the senior producer of ABC's "Good Morning America" in charge of overseeing editorial content and production of the broadcast during the evening and overnight hours. In 2012, he was part of the senior team responsible for moving "Good Morning America" into first place— ending NBC's 16-year winning streak in the morning. At ABC News, Shaylor also served as one of Diane Sawyer's anchor producers, produced investigative and spot news stories, and was "Good Morning America's" primary producer in the field during breaking news. He began his journalism career as a local reporter.

Shaylor holds a Master of Science with honors from the Columbia University Graduate School of Journalism and was awarded one of the school's highest honors, a Pulitzer Traveling Fellowship. He also holds a bachelor's degree in American history from the University of Virginia, where he was selected to live on the Lawn during his fourth year. He now lives in Washington, D.C. with his wife and two children.

The Oxford bus was blocked for 6 hours due to antiseptic. I had to take a taxi to the match
Alonso went on the bus at half-time against West Brom. Lampard was angry as ever
Zidane on Hazard: It's ready. He has long been concerned about a serious problem, but now everything is fine
Ex-Atletico midfielder Futre on Felix and Fati: I will choose joau. He is special and will soon compete for the Golden ball
Miranchuk will return to the General group of Atalanta after a break for national team matches
Alonso went on the bus after being replaced and was scolded by Lampard. So the coach has never been infuriated
Manchester United are Interested in Jovic and are in talks for Cavani
Source https://www.cbsnews.com/news/jay-shaylor/

Why Kan Jam is the ultimate backyard game

NASA launch may be visible along much of the East Coast

Inventors, Here's How to License Your Idea and Make Money

Nurse to Tuskegee Airmen dies in Georgia at 100

Giuliani: Trump ‘doesn't have to hold back at all’ vs. Biden

For Donald Trump, There’s More at Stake on Election Day Than Just His Political Future

What does James Kennedy think about all the ‘Vanderpump’ babies?

How can I volunteer for a COVID-19 vaccine study?

Karaoke On Demand is here to save your socially distanced winter

Giuliani Claims Biden ‘Has Dementia’: ‘No Doubt About It’

Terrorism on a budget: Americans who joined ISIS or planned attacks did so with little money

Ask an Expert: Your Questions About Winning Gifts From Major Donors During Socially Distant Times

Anushka Shetty opens up on playing Sita in Prabhas' Adipurush

From Wellstone to Weeks: The Gonzo Election in Minnesota’s Second Congressional District

City where boy, 6, died of brain-eating amoeba to purge water system for 60 days

Look for these limited-time air, hotel and car rental offers from American Express

Stream It Or Skip It: ‘Whose Vote Counts, Explained’ On Netflix, A Timely Docuseries From Vox On Voter Suppression, Campaign Spending And More

How wine country became the epicenter for fires in California

During Tuesday's debate, the echo chambers will be temporarily erased

Paley Center Sets Lineup For 14th Annual PaleyFest Fall TV Previews, ‘Emily In Paris,’ ‘We Are Who We Are’ Among Featured Titles

Barrett meeting with GOP senators ahead of confirmation hearings

US Supreme Court Nominee Barrett to Meet With Republican Senators

Everything you need to hit the ski slopes

Biden leads by enough to withstand a polling misfire.

Giuliani on Trump’s debate prep: He’s better prepared against Biden than he was 4 years ago

‘WWHL’ Dives Into the ‘Below Deck Med’ Drama: Did Tom Cheat on Malia?

There’s More Than One Way to Reason Why

Paramedics test jet suit that can fly up mountains