MINNEAPOLIS — The Jets’ young stars have gotten a lot of attention this season, but the team’s defense has had a veteran leader in the middle of everything.

Linebacker C.J. Mosley is now 30 years old, but he continues to be the heart of the Jets’ defense. Head coach Robert Saleh said he thinks Mosley is underrated.

“I think he’s severely, grossly overlooked, to be honest with you,” Saleh said. “He’s every bit in the conversation as good as anybody. He’s as good as anyone. I’ve been blessed. I’ve been very fortunate to be able to coach guys like Bobby Wagner, K.J. Wright, Fred Warner, Paul Posluszny, and some really darn good players, and you could throw C.J. in there. He’s special.”

Mosley has 107 tackles this season, the fifth-most in the NFL. It is his sixth season with 100 or more tackles. He is one of only five active players who have achieved that feat. 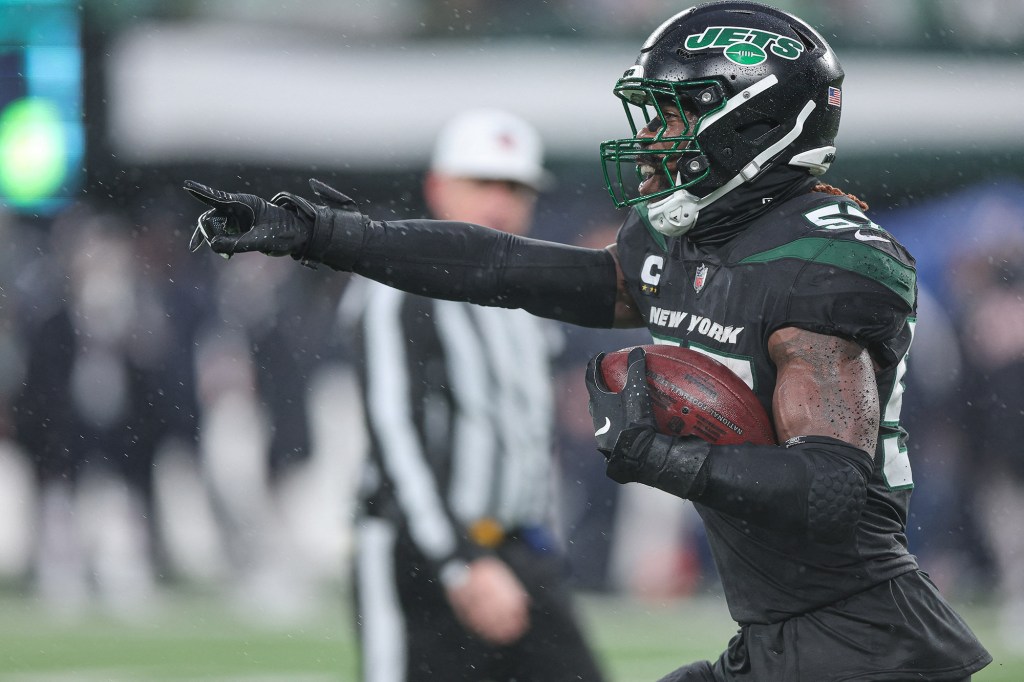 Mosley said his focus is not on accolades, but on getting the Jets (7-4) to the playoffs. Since he signed as a free agent in 2019, the Jets have had tough seasons. Now, he is hoping they will finally reach the postseason for the first time since 2010.

“There’s always going to be the graders that say who is better at this and that,” Mosley told The Post. “But I just know what I bring to the table with my team and to me that is all that matters. Once we start making these playoff runs and playing in the playoffs, there’s only going to be a few linebackers that are playing and that’s when you can really talk about who is the best and who can do that. Regular season, I feel like I’m one of the best linebackers to play, but it really doesn’t matter if you’re sitting home in January. That’s really all I care about.”

Mosley has been a Pro Bowler four times in his career, but not since 2018. He deserves consideration this year, but has his eyes on bigger goals.

“I don’t worry about it, especially at this point in my career,” Mosley said. “At the back end and when you’re done, those things look real nice for you. But if you’re not playing to do it for your brothers, for your teammates and you’re not playing in January, all that regular season work, all that fun pretty much went to waste.”

The Jets activated OT George Fant off injured reserve on Saturday. Fant, who missed the past eight games with a knee injury, started the first three games at left tackle when Duane Brown was injured. It is unknown whether Fant will take over the starting right tackle spot or will back up Max Mitchell and Brown. … The Jets placed OT Cedric Ogbuehi (groin) on injured reserve. … LB Hamsah Nasirildeen was elevated from the practice squad.

Global Corruption Report: Iran Seen as Among Most Corrupt Countries

J.J. Watt is amped up for Texans’ DeMeco Ryans hire

SEAN HANNITY: The self-proclaimed most transparent White House in history hid this discovery from you

‘Dr. Phil’ coming to an end after 21 seasons: ‘I have been blessed’