There was no late-game magic from the Jets this week … or early-game magic … or mid-game magic, for that matter.

The Bengals rolled over the Jets 27-12 at MetLife Stadium on Sunday, ending any hopes the Jets could win two in a row for the first time in two years and erasing all the good vibes from their dramatic comeback over the Browns.

The offense was horrendous all day and failed to score a touchdown, settling for four Greg Zuerlein field goals as the Jets fell to 1-2. Quarterback Joe Flacco struggled all game, going 28-for-52 for 285 yards with an two interceptions and two fumbles. Flacco is now likely to head to the bench as Zach Wilson is expected to return from his knee injury next week against the Steelers.

The Jets defense started slowly, but settled down and played much better as the game went on. The problem was the Jets offense could do nothing. 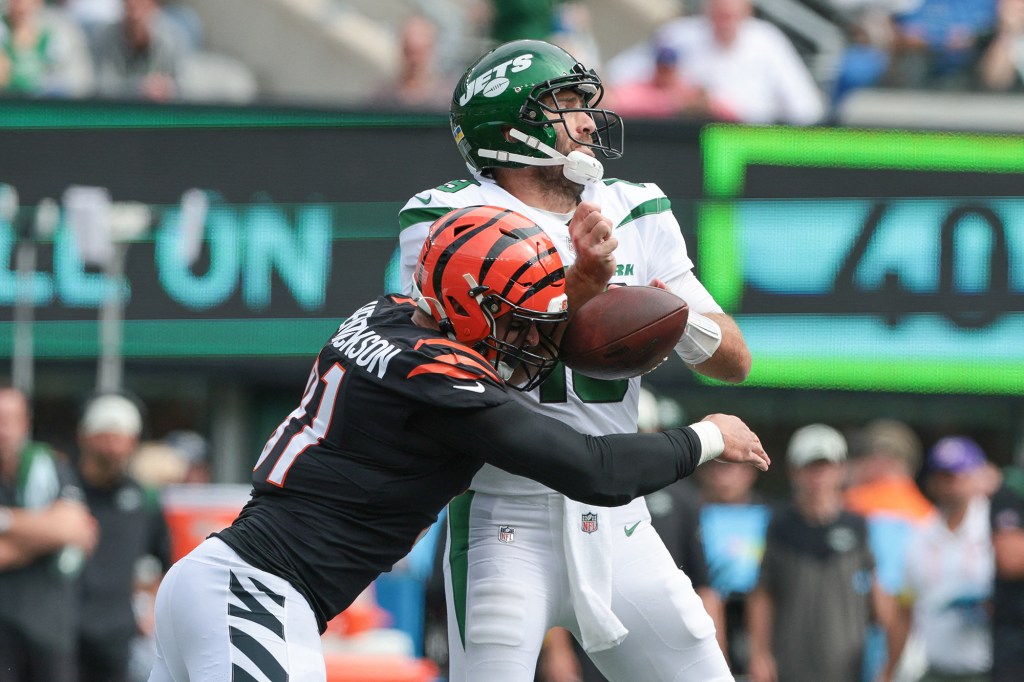 The Bengals opened the game with an 11-play, 75-yard drive with quarterback Joe Burrow picking the Jets secondary apart. Burrow finished the drive off with a 12-yard touchdown pass to running back Samaje Perine after Burrow escaped the Jets pass rush and kept the play alive.

The Jets answered with a nine-play drive of their own but it ended with a 50-yard field goal from Zuerlein, who was the most consistent player on the team Sunday.

Trailing 7-3, the Jets defense came up with a big play, with C.J. Mosley recovering a fumble from Ja’Marr Chase at the Bengals’ 43. The offense could not capitalize on it, though, and had to settle for another field goal to make it a 7-6 game. 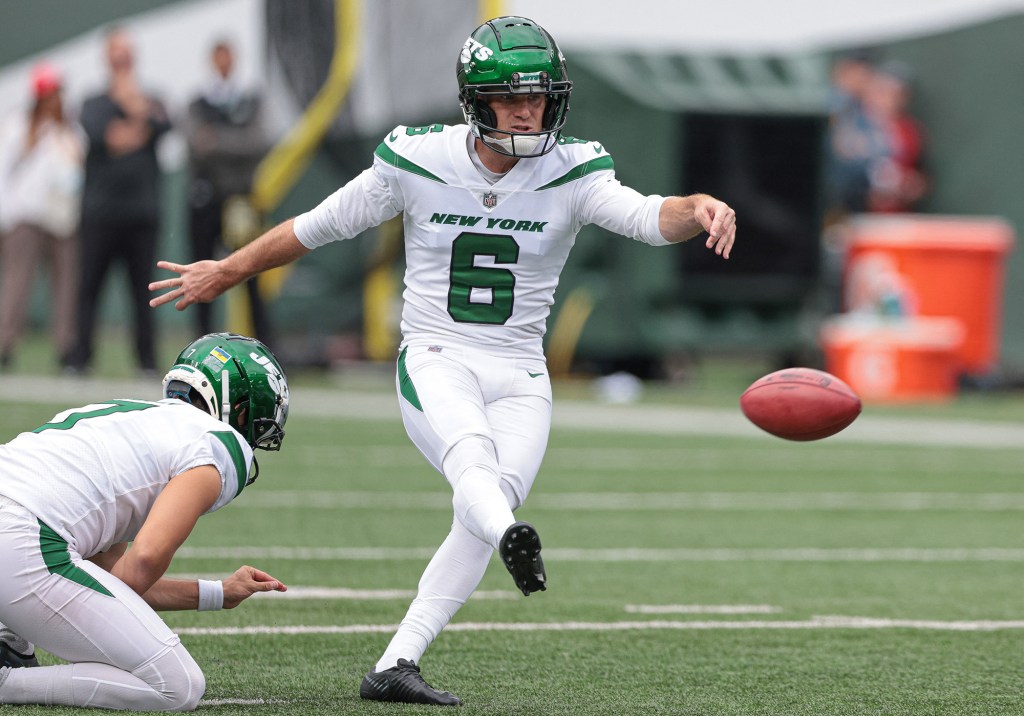 Burrow, who entered the game having been sacked 13 times, did a nice job of avoiding the Jets pass rush for the most part. The Jets sacked Burrow three times, but he was able to work effectively, especially in the first half. He finished 23-for-36 for 275 yards with three touchdowns.

He hit a huge play for the Jets second touchdown, throwing across the middle to Tyler Boyd for what looked like a modest gain, but Jets safety Jordan Whitehead and cornerback Michael Carter II failed to bring Boyd down and he took off for a 56-yard touchdown and 14-6 lead. The touchdown was set up by a terrible penalty by John Franklin-Myers, who hit Burrow late on a third-down incompletion when the Jets should have been off the field.

Burrow hit another big pass in the second quarter, a 45-yarder to Tee Higgins and the Bengals got 15 yards more after Jets safety Lamarcus Joyner drilled Higgins and was called for unnecessary roughness. That led to an Evan McPherson field goal after a Jets stand inside the 10. The field goal extended the lead to 17-6. 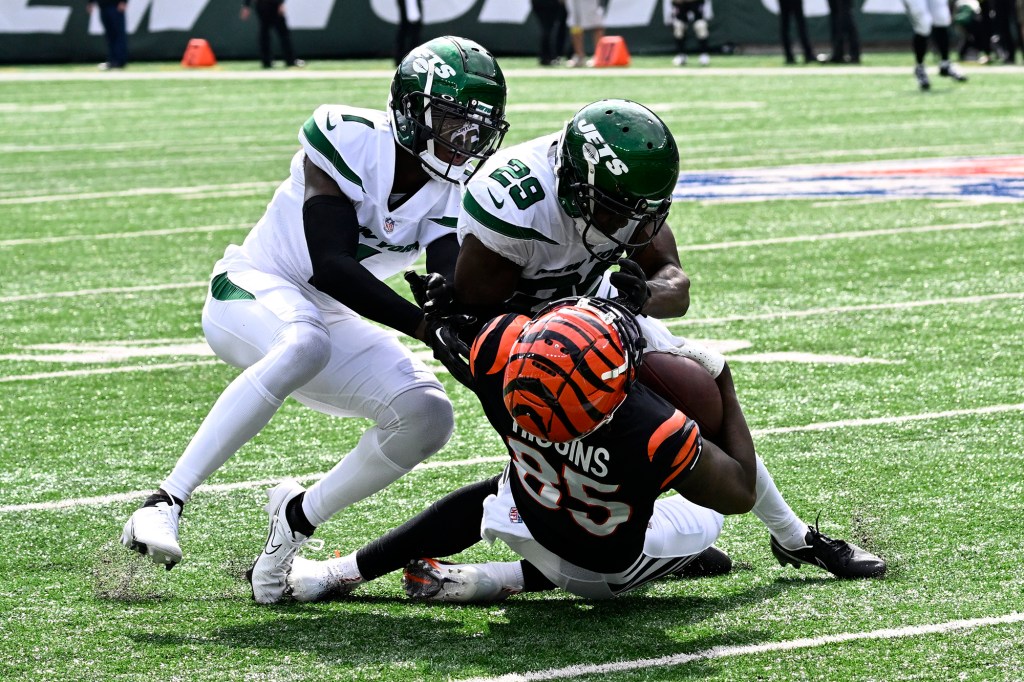 The Bengals added another field goal after Flacco threw an interception to Bengals linebacker Logan Wilson to go up 20-6.

Zuerlein made a 52-yard field goal just before halftime to make it a 20-9 game.

The second half got off to a terrible start for the Jets. Flacco fumbled after getting drilled by Bengals defensive end Trey Hendrickson, who beat left tackle George Fant. B.J. Hill recovered the fumble and Burrow found a wide open Chase for a 5-yard touchdown and a 27-9 lead.

The Jets threatened to make it a game early in the fourth quarter but Flacco again fumbled after getting sacked on fourth down at the Bengals 25 with 10 minutes remaining, ending all hopes of a comeback. Hendrickson again got to Flacco, this time beating Conor McDermott, who replaced an injured Fant.