So far, the Jets have not been in much of a rush this season.

Their pass rush, which was expected to be a strength of the team, has been mostly invisible. They have just three sacks and nine quarterback hits in their first two games.

That needs to change Sunday at MetLife Stadium against a Bengals team that is on pace to break records for getting a quarterback sacked.

The Jets (1-1) played against two run-heavy offenses, the Ravens and the Browns, in the first two weeks, so that has contributed to the lack of a pass rush, but this week against Joe Burrow, a dropback passer, there will be no excuse. 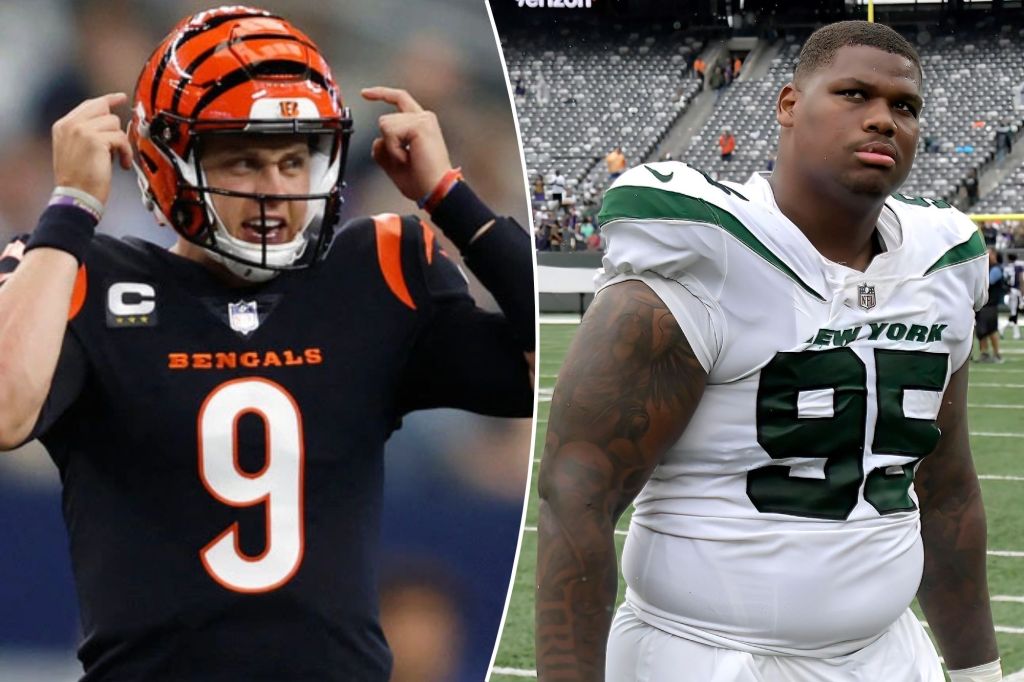 As Saleh referenced, the Jets have some star power up front. Carl Lawson, Quinnen Williams and John Franklin-Myers are among their top players. They added Jermaine Johnson and Micheal Clemons to the group in the draft and signed Jacob Martin in free agency.

The Bengals (0-2) revamped their offensive line this offseason in the hope of protecting Burrow better than last year, when they allowed 55 sacks. So far, it has not worked. Burrow has been sacked 13 times in the first two games. He is on pace to break the NFL record of most times sacked in a season, held by David Carr with 76 in 2002.

Saleh’s defense relies on the front four getting to the quarterback, and the Jets are counting on their group being in Burrow’s face all day Sunday.

“There is definitely room for improvement as far as our rush is concerned,” defensive coordinator Jeff Ulbrich said. “We should have more opportunities to absolutely go forward and rush and jump out of our shoes as far as rush is concerned.”