K’Andre Miller said he is still trying to figure out his game this season, which the Rangers defenseman described as being up and down.

After establishing himself as an offensive threat last season, when he posted seven goals and 13 assists in 82 regular-season games in addition to two goals and seven assists in 20 playoff games, Miller understandably had high expectations for himself on that side of the puck coming into his contract year.

“I haven’t been playing to the level I think I can be playing at,” the 22-year-old told The Post before the Rangers beat the Senators on Wednesday night in Ottawa. “I don’t know, it’s a game of balances. Some things go your way some nights and some don’t. I think it’s just a matter of coming to the rink with a good attitude and knowing that those swings are going to happen in a season.

“Just have to ride those waves and wait to see the other side.”

Heading into the Rangers’ 25th game of the season, on Friday at the Garden against the Senators, Miller has seven assists. His first goal of the season still hasn’t come after he scored just 13 games into the 2021-22 campaign. It’s evident in the way he has gotten caught cheating on offense at times that getting the first tally out of the way is weighing on Miller. 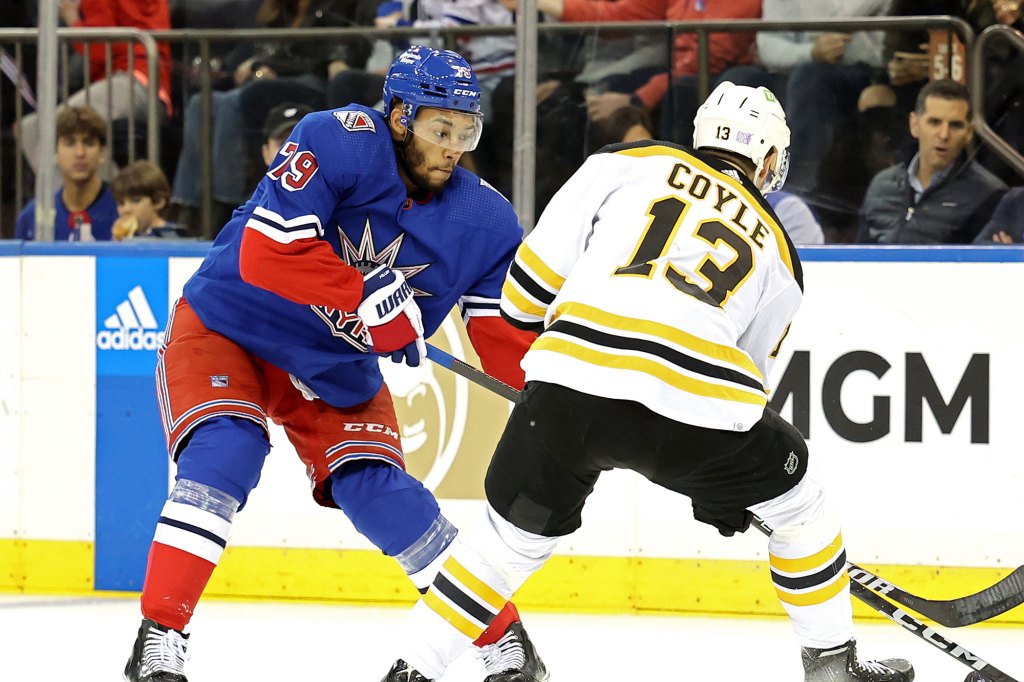 Perhaps once Miller breaks through, the Rangers’ 22nd-overall pick in the 2018 draft will feel less pressure to produce and it will begin to come more naturally again. That should also allow him to minimize the overzealous play in search of offensive production.

Miller said he has been allowing his offensive success last season to influence his game this season “a little bit.”

“I started to find a little bit more success there in the playoffs and that last stretch of the year,” he said. “Obviously, I wanted to come in this year and kind of build right where I started last year, but it doesn’t always happen like that. It’s about coming to the rink with a good attitude and knowing that those chances are coming. [I’m] getting the chances, they’re just not getting the results.”

Since he made his NHL debut on Jan. 14, 2021, all Miller has ever known is the workload of a top-four defenseman. He has averaged more than 20 minutes a game every season, including the 21:55 he’s managing this season. The 6-foot-5, 215-pound blueliner has been as reliable as any team could ask of a player who is only in his third NHL season.

The Rangers will have three key restricted free agents — Miller, Alexis Lafreniere and Filip Chytil — to pay at the end of this season. Of those, there’s no question that Miller has been the most important to the Rangers’ recent success. Minutes-guzzling defensemen, who are also dependable with an offensive upside, don’t grow on trees. There was a standard that was set by Miller last season, however, so the more quickly he can figure this season out the better off he’ll be come negotiation time.

Miller said the fact that it’s a contract year for him hasn’t entered his mind at all.

“I’ve had a pretty good first two years in this league,” he said. “I’ve done some really good things and I just kind of like my progress and how I’ve developed and grown as a person, on and off the ice. I think there’s a lot of factors that don’t really have to do with just coming to the rink and performing. I think just taking that all in and taking it day by day and preparing the right way and kind of just setting myself up in the best position I can.”