A lot of the Rangers’ success this season was always going to hinge on the young core’s ability to take that step forward.

Not just any step, either, but an assumption of reliability on both sides of the puck, a total commitment to the little details that win games and a realization that they have to make an impact every single night. Most of them are in their second, third or fourth seasons in the NHL, and it’s about time they all began contributing on a game-to-game basis.

The young core had their fingerprints all over the Rangers’ 6-4 win over the Blues on Monday night at Madison Square Garden, which snapped a two-game losing streak and pumped some positive vibes into the locker room ahead of a big road trip to Vegas and Colorado.

There was Braden Schneider, setting a new career high with his third goal of the season to put the Rangers on the board in the first period. And Adam Fox, whose heavy workload and invaluable role makes it easy to forget he is only in his fourth year, scoring on the power play with seconds left in the opening frame to regain the lead.

And when the Blues outscored the Rangers three goals to Vincent Trocheck’s one in a lopsided second period, it was K’Andre Miller who tied up the game and Alexis Lafreniere who scored the go-ahead goal to propel their team to victory in the final 20 minutes. 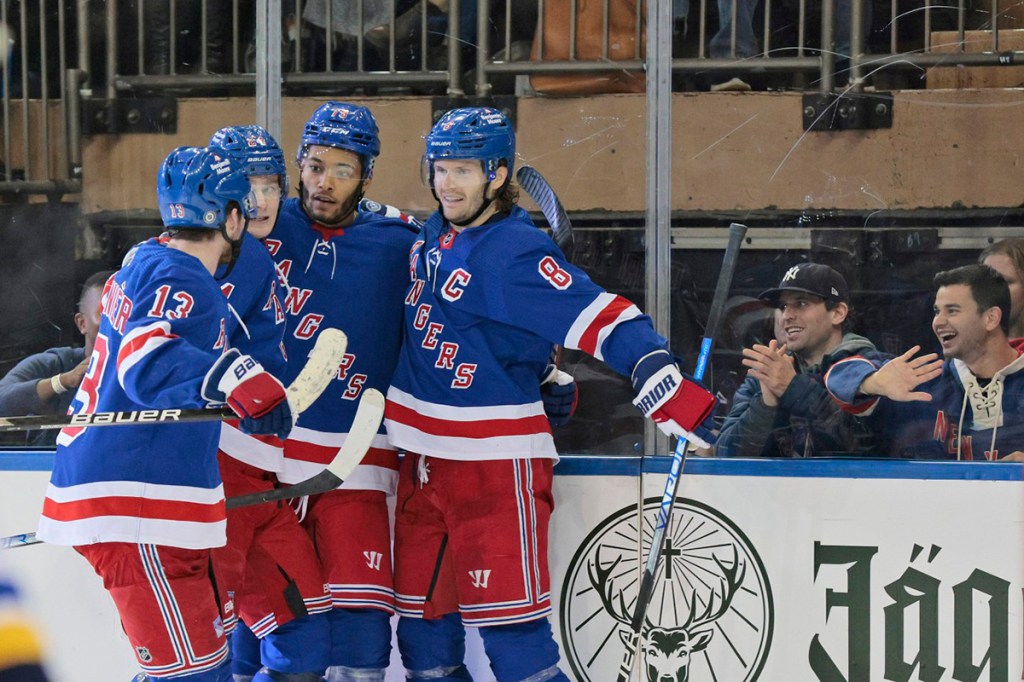 “It doesn’t matter if you’re a young guy or a vet, seeing the puck go in when you’ve been hitting posts and getting chances, that’s big,” said Chris Kreider, whose shorthanded breakaway later in the third sealed the victory. “I’ve got a pretty sure bet that Kaapo [Kakko] is the next one next game. Because he’s been doing all the little things and working his butt off and getting all kinds of chances and looks. It’s going to find a way in off his butt or something next game.

“He’s going to get rewarded. He’s doing a lot of little things and his game has come such a long way — so has Laf’s.”

Gerard Gallant switched up the lines in the second period, as the Rangers head coach usually does when he wants to light a fire under his team. Lafreniere and Kakko moved up to flank Mika Zibanejad, and both players did something with the opportunity. Make no mistake, a major part of the Rangers’ problem this season is the fact that the team hasn’t gotten as much as it needs out of those two.

The other part of the problem is the organization’s reluctance to provide those two with every opportunity to do so. More five-on-five minutes, more power-play time and a long look with Zibanejad on the top line seems like a very good place to start for a team that has a lot of ground to make up.

“I wasn’t liking what I was seeing midway through the second period and I just wanted to try and spark something again,” Gallant said. “The two kids deserve some opportunities and I thought they played really well. For me, it made the three lines all better. Hopefully, we’ll sustain it.”

Kakko appears to be on the verge of a breakout. There are only so many posts, so many misses on open nets and so many tremendous moves that slide just inches away from the goal line that one player can have before it all clicks. He did all of that and more Monday night, including a beautiful move to the net on a shorthanded breakaway where he finessed the puck right around Blues goalie Jordan Binnington before fumbling it at the goal line. 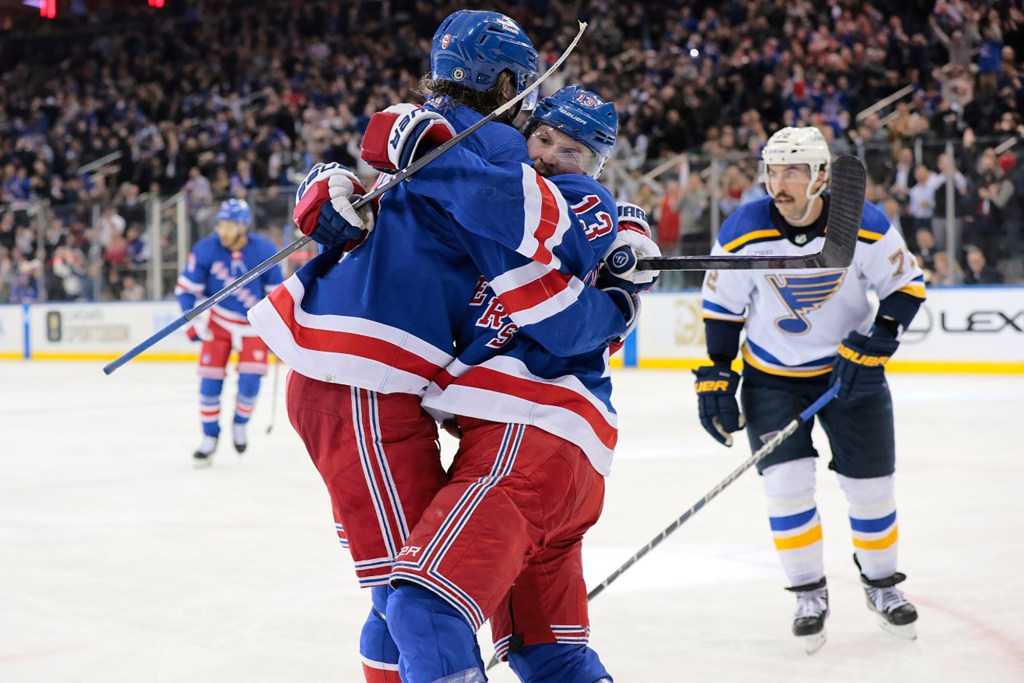 There was a shift in energy in Kakko and Lafreniere when they suddenly found themselves skating next to Zibanejad. Fostering that confidence should now be at the top of the Rangers’ priority list.

“We still have a really young team with a lot of skill,” Miller said. “I think it’s just a matter of finding that and managing that. As the young players of the team, there’s a lot that’s expected of us. Just bringing our game and doing whatever we can to help the team win is the biggest thing.”

From the offseason, training camp and to now, the simple fact hasn’t changed. The Rangers need the whole lineup to be pulling in the same direction, but the kids will be the difference.