LOS ANGELES — Andre Burakovsky had two goals, including the winner in overtime, and the Seattle Kraken defeated the Los Angeles Kings 9-8 on Tuesday night in the highest-scoring NHL game this season.

Burakovsky scored on a power play at 2:08 of the extra session to give Seattle the first six-game winning streak in franchise history.

“End of the day, it was one of those games where last shot wins, and that’s exactly what happened,” Kraken coach Dave Hakstol said. “It’s better to be on the winning side and the good side of it than the other, but it’s a crazy hockey game.” 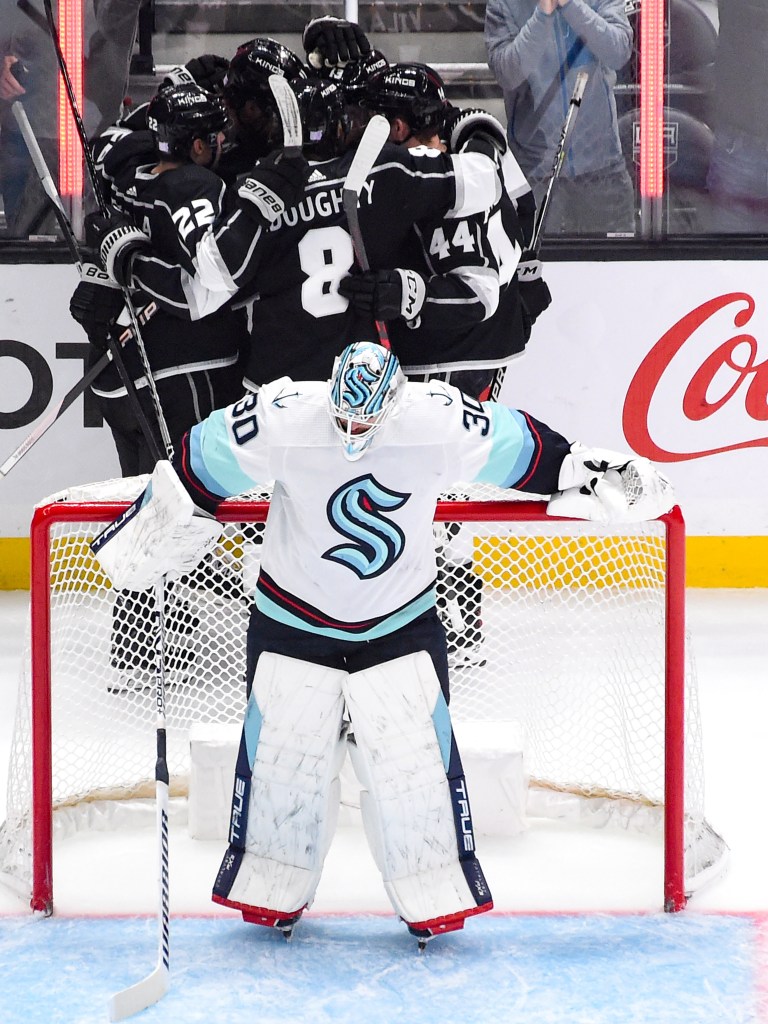 “It’s a very, very confusing night for all of us,” Kings coach Todd McLellan said. “I’m really disappointed that we gave up nine goals, absolutely. But on the other side of the coin, I’m glad that we fought back, got a point, and scored eight. So it’s mass confusion right now for all of us, and we better fricking figure it out quickly.”

It looked as if the Kings were in position to score in overtime when Trevor Moore played the puck in the offensive zone before Kempe could get to the bench, resulting in a penalty for too many men on the ice. Burakovsky fired a wrist shot from the right circle through traffic on the ensuing power play.

“I got the puck in a good area, and I’ll take that shot from there all day,” Burakovsky said.

Despite securing the win with his second multigoal game in the past three outings, Burakovsky wasn’t happy.

“It was kind of a messed-up night,” he said. “We were trading chances, a lot of sloppy plays. I think we played a really bad game, and so did they. We were lucky that they didn’t play good at all.” 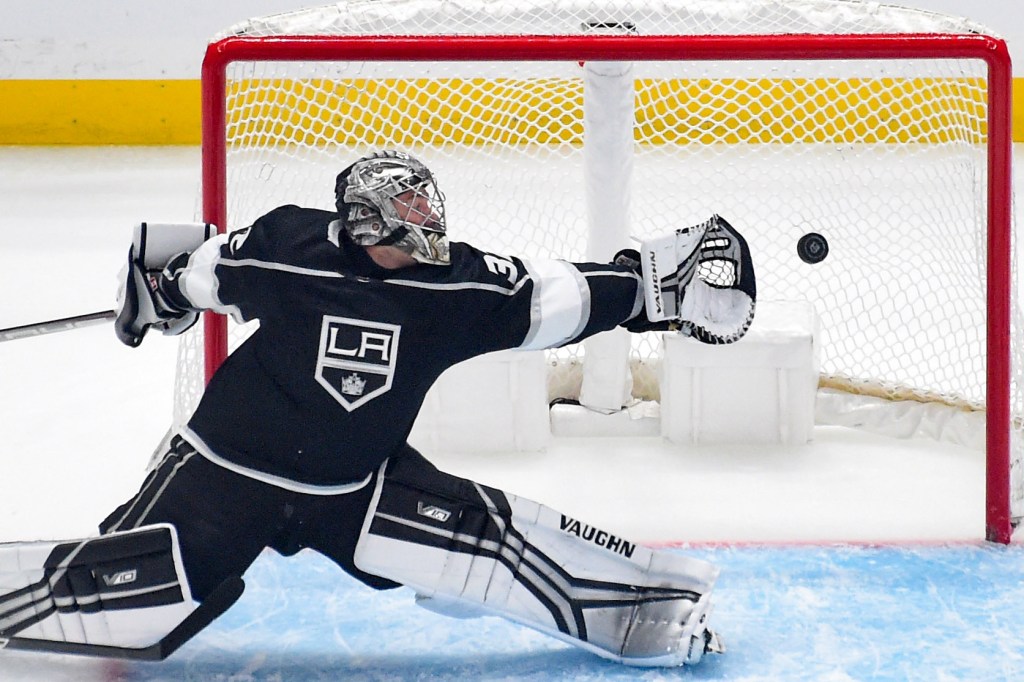 Seattle topped the eight goals it scored against San Jose last Wednesday. McCann likened the game to playing pond hockey growing up in Canada before then pointing out the similarities to junior hockey.

Hakstol said he never considered pulling Jones, who picked up his 12th win in 18 games to match his total in 25 games with Philadelphia last season.

For the Kings, the decision to change goaltenders proved costly, as Petersen was at fault for the score that put the Kraken back in front. 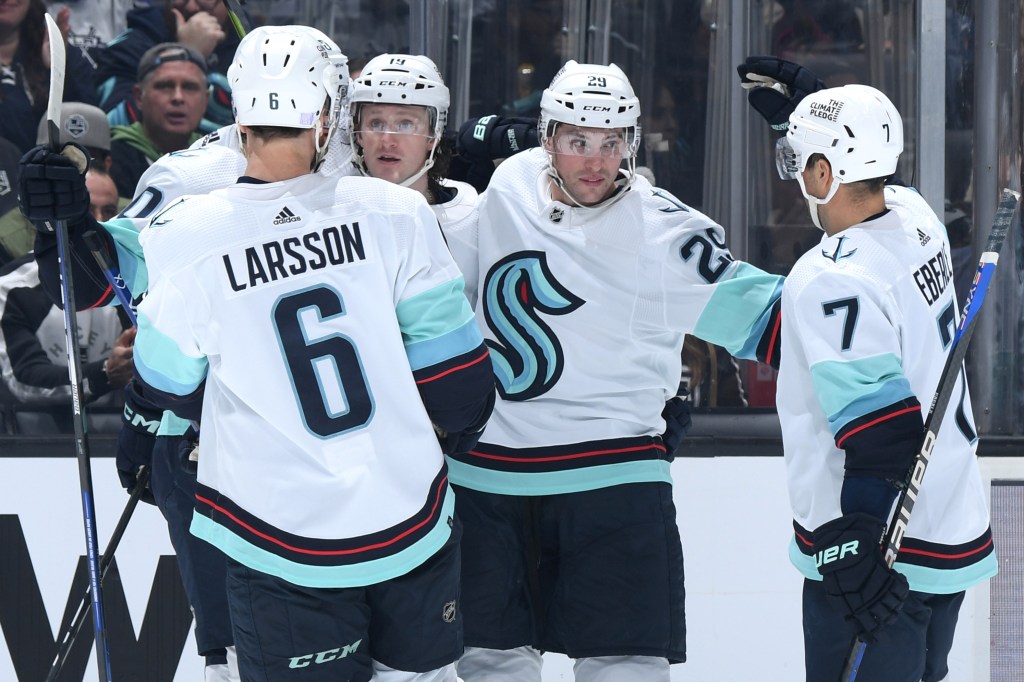 Petersen made a blocker save on Sprong’s shot but didn’t realize the puck went high into the air before coming down in his crease, landing on his skate and tumbling into the net at 7:27.

Bjorkstrand then beat Petersen with a wrist shot from the high slot under the crossbar to make it 7-5 midway through the middle period.

Strange from the start

The first period was practically a game unto itself, producing a 3-3 tie after 20 minutes with Kopitar scoring 16 seconds in. It was his 11th career goal in the first minute of a game, which puts Kopitar sixth in NHL history, and it set the stage for two power-play goals per team on their four combined opportunities. Kraken defenseman Justin Schultz picked up the secondary assist on all three of his club’s goals to set a franchise record for most assists in a period.