CHARLOTTE, N.C. — First was Miles McBride, greeted as he walked to the Knicks’ bench with a high five from Tom Thibodeau. The other four Knicks received one as well.

Clearly, Thibodeau was pleased by what he was seeing, as the Knicks were in the process of dismantling the Hornets, 121-102, at Spectrum Center.

But this didn’t feel like it was just about one win over a terrible, injury-riddled team. It was more about what has taken place of late, since that ugly loss at home to the Thunder on Nov. 13. The Knicks are now 7-6 in their last 13 games, and three of the defeats were by a combined 13 points to the Bucks, Trail Blazers and Grizzlies. They have now won three straight, equaling their season high, and have done it the Thibodeau way: With defense. 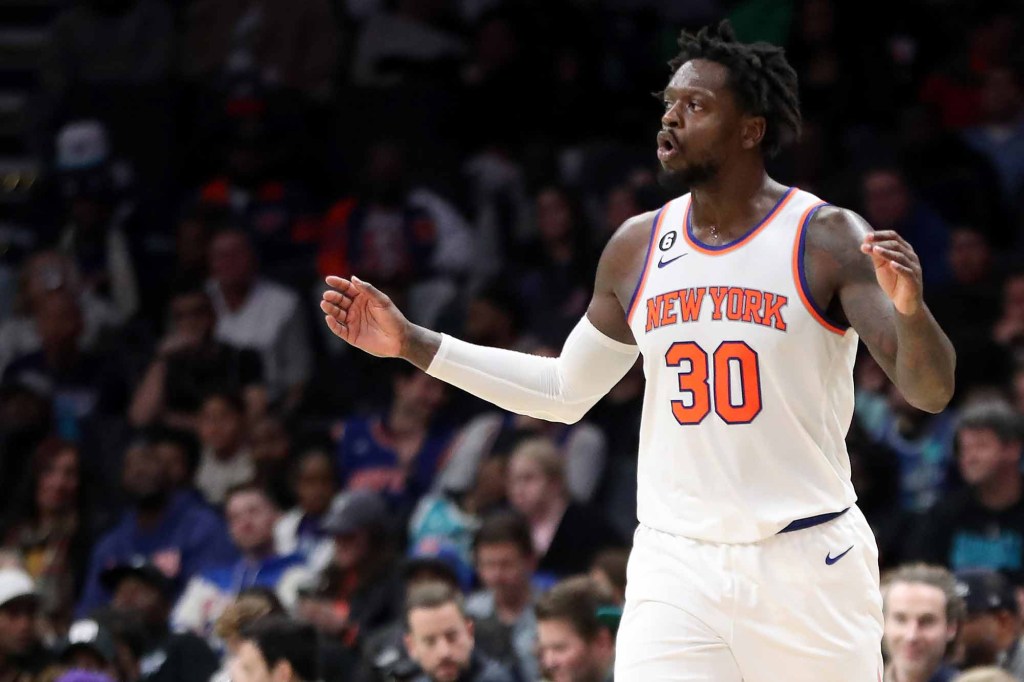 The Knicks, back at .500 at 13-13, have held their last three opponents, the Cavaliers, Hawks and Hornets, to 20-of-97 (20.6 percent) shooting from 3-point range. Only a fast offensive finish from Charlotte in garbage time precluded the Knicks from holding a third straight opponent under 100 points.

Quentin Grimes and McBride have given the Knicks an infusion of youth, and two defensive-minded players. The improvements of late on the defensive end have enabled the Knicks to survive a few shaky performances from Jalen Brunson, who missed 13 of his 16 shots in the win. He did have 11 assists.

Julius Randle and RJ Barrett, meanwhile, combined for 59 points, 33 coming from Randle in his second straight 30-plus scoring game. After missing his first four shots, Barrett hit eight in a row. Grimes and Isaiah Hartenstein added 11 apiece and McBride had 10. 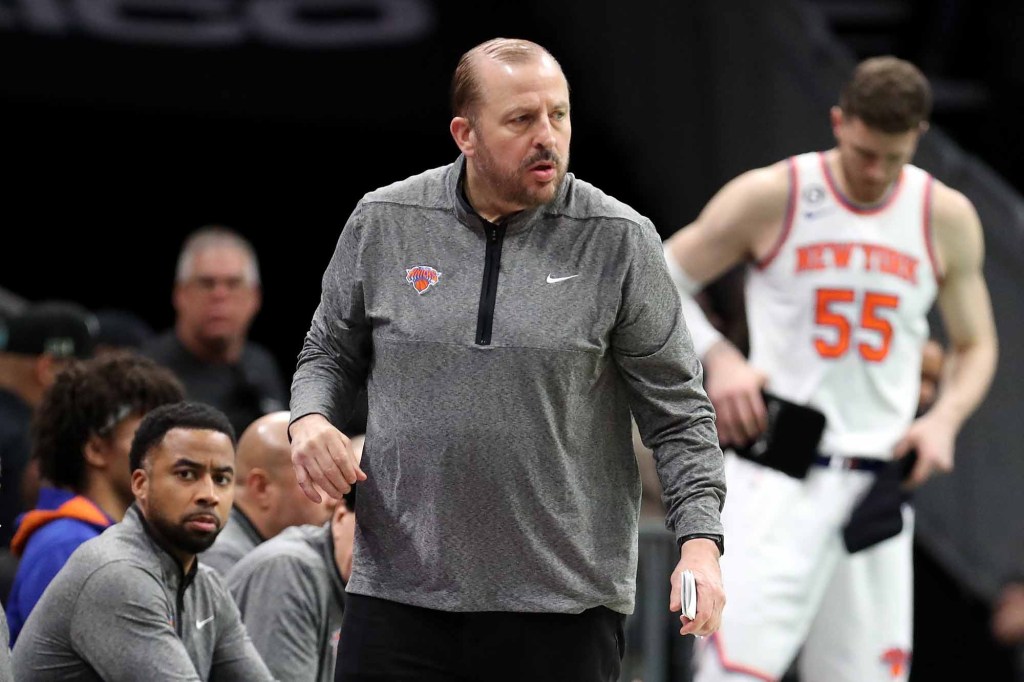 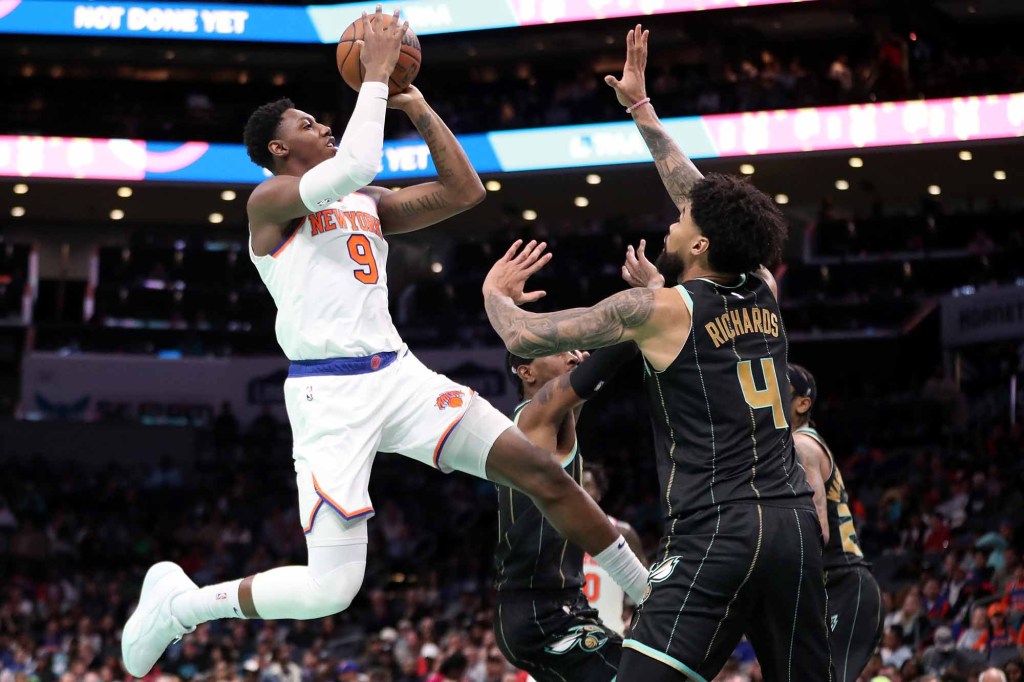 The Knicks didn’t close out the first half well, allowing the Hornets to cut their 11-point lead nearly in half in the final minute. It was 55-49 at the break, in part because of the Knicks’ shooting woes from deep (5-of-20) and their shaky paint defense. Charlotte, in particular Oubre, pounded them inside for 32 points.

Without Obi Toppin (right fibula), Thibodeau went big with the second unit, using Jericho Sims and Hartenstein together for five minutes. It didn’t go well. The Knicks were outscored by five when the two big men shared the floor.

The Knicks best stretch of the first half came late in the second quarter, in a 12-2 run that featured five points from Randle. He was the Knicks’ best player in the first half, scoring 19 points along with four rebounds, and Robinson was a monster inside, with five offensive rebounds and three blocked shots.

The third quarter followed a similar pattern to the end of the first half. The Knicks started fast, and went up by 13 after a Grimes 3-pointer capped a 14-4 run. But when it seemed like they were ready to pull away, the Hornets answered with eight straight points to get within five.

That’s when the Knicks put the game away for good. Over the final 6:55 of the quarter, they outscored the Hornets by 13. It started with a Grimes dunk in transition and was closed by a McBride jumper. But it was really about defense, holding the Hornets to five points in nearly seven minutes of action.

It’s what led Thibodeau to give his players high-fives. Of course, a few minutes later after a turnover and transition dunk for the Hornets, he was back to waving his arm in displeasure. Baby steps, apparently.