Derrick Rose has returned from injuries several times during his NBA career, and he’s come back from a few that were far more severe than the double ankle surgeries that sidelined him since December of last season.

The former league MVP turns 34 on Tuesday, but Rose admits he is “super-excited” to be back on the court in the preseason opener for the Knicks against the Pistons at the Garden, his first game action in nearly 10 months.

“I’m just ready to go out there and just help by any means.”

The 34-year-old Rose shed about 20 pounds in the offseason at the request of his longtime coach Tom Thibodeau, who also worked with him previously with the Bulls and the Timberwolves. 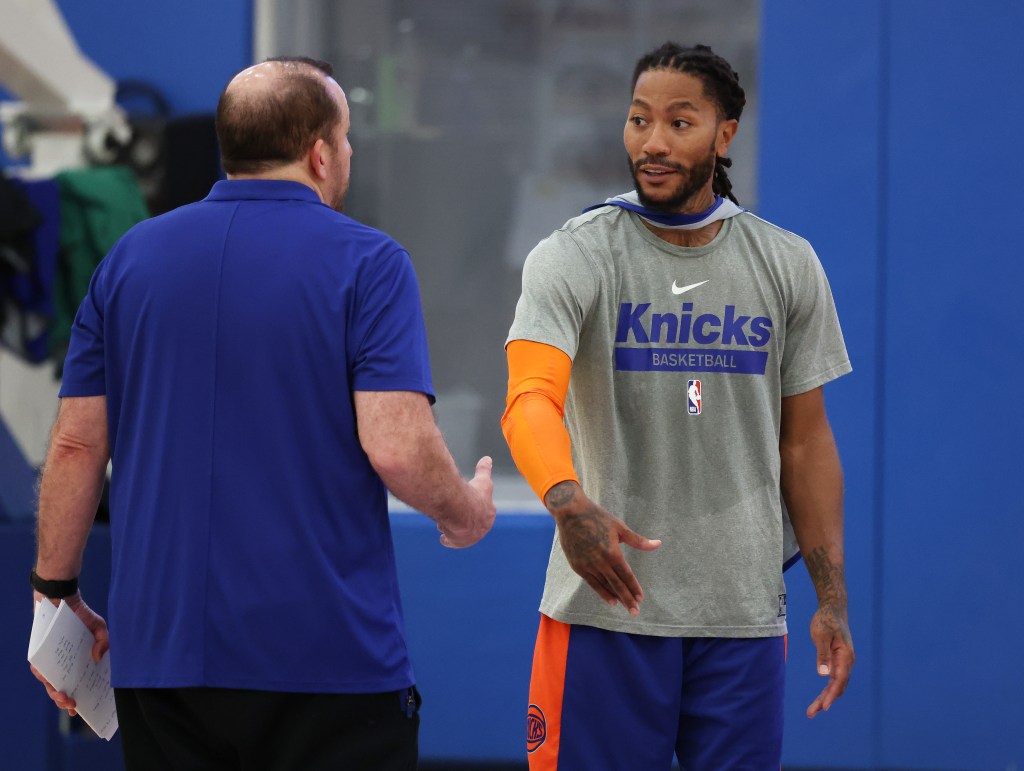 Rose has been a productive player when he’s been available since the Knicks acquired him from Detroit midway through the 2020-21 season, but the three-time All-Star appeared in only 26 games (four starts) last season due to his ankle procedures in December and February.

“That’s the big thing is his health,” Thibodeau said. “When you get to where he is in his career, the important thing is to be light and lean. He made a serious commitment to it right from the end of last season, put a lot of time in this summer and hopefully it gives him his best chance at being healthy. We know if he’s healthy he’s a terrific player and he’s a big plus for the team.

“He’s got a lot of experience. He can help us in a lot of different ways. I think when he’s on the floor it makes you play at a different pace and that’s huge for us.”

Following a 37-45 season resulting in a playoff miss, the Knicks traded last year’s primary point guards Kemba Walker and Alec Burks to the Pistons this summer before landing Jalen Brunson as a free agent on a four-year contract worth $104 million.

Rose once again likely will form a second-unit backcourt alongside Immanuel Quickley. Quentin Grimes also will open the season on the wing on that unit off the bench, with backup power forward Obi Toppin and center Isaiah Hartenstein up front. Second-year guard Miles McBride also could push for playing time or step in if injuries arise.

“We got a lot of guys that wanna hoop, a lot of talented guys that wanna play. I have to fight a few guys to get in spots [in practice],” Rose said, before referring to himself as an Original Gangster. “Of course, playing the OG [old-school] role, you kind of chill, get reps here and there, but after three or four reps go by, I’m fighting the young guys to get my reps. 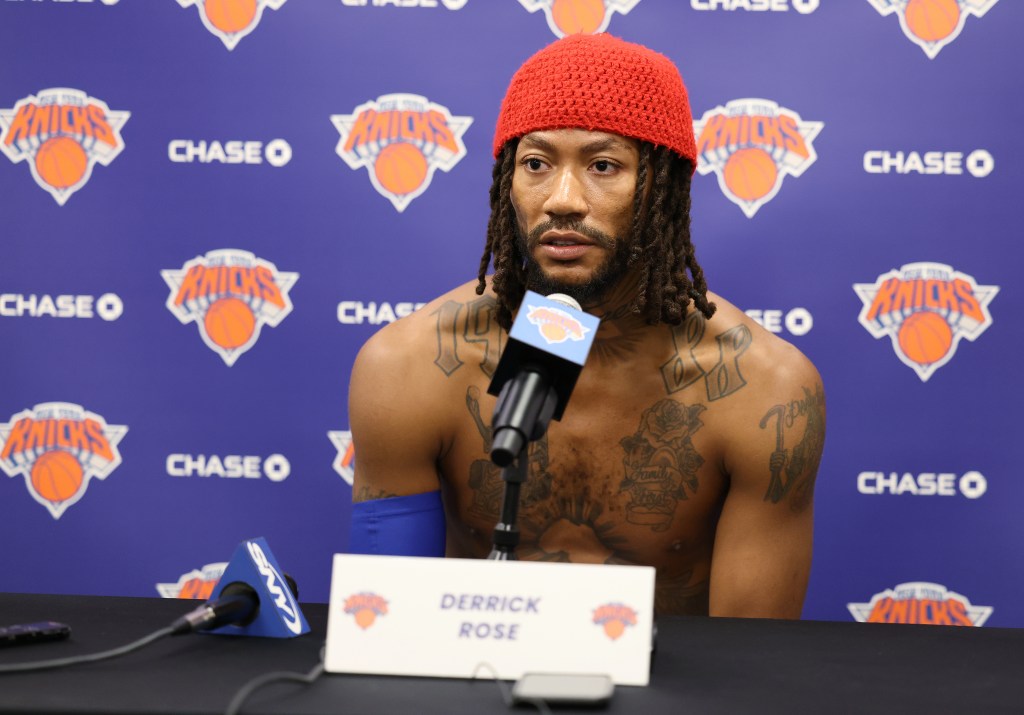 “So, it’s like, hold up. I know I’m in the older OG role, but at the same time I still wanna play. But Thibs has been doing a great job of mixing me up with different teams and making sure that I’m out there.”

Entering the second season of the three-year, $43.6 million contract that he signed last summer, the 15-year veteran is confident he’ll establish his role on this year’s team once the games begin.

“But I feel like I’m a gamer, like I’ll figure it out. It’s not like I’m running 100 miles an hour like I used to. I kind of tailored my game to what it is now.”