With the game on the line, arguably the Knicks’ best perimeter defender was on the bench.

After helping limit Ja Morant to eight points and four turnovers in the first half, Quentin Grimes didn’t get a crack at him in the fourth quarter of the Knicks’ 127-123 loss to the Grizzlies.

“Just the way the game was unfolding,” coach Tom Thibodeau said. “I liked Cam [Reddish] a lot, too. That group was rolling pretty good, so just stayed with them. Whatever works best for our team, that’s what we’re going to go with.”

Reddish was part of the unit that rallied the Knicks from a 10-point deficit entering the fourth quarter into the lead, and he hit some big shots in his first game back from a right groin injury. Thibodeau also liked the idea of giving Morant a different look with the lanky Reddish. Morant, though, ended up scoring 10 points in the final quarter including the go-ahead basket with 13.9 seconds to go. He wound up with a triple-double of 27 points, 14 assists and 10 rebounds.

“I thought [Grimes] did as good a job as you can possibly do [against Morant]. I thought Cam gave us really good minutes,” Thibodeau said. “Between the two of them, I was really pleased with their defensive effort.” 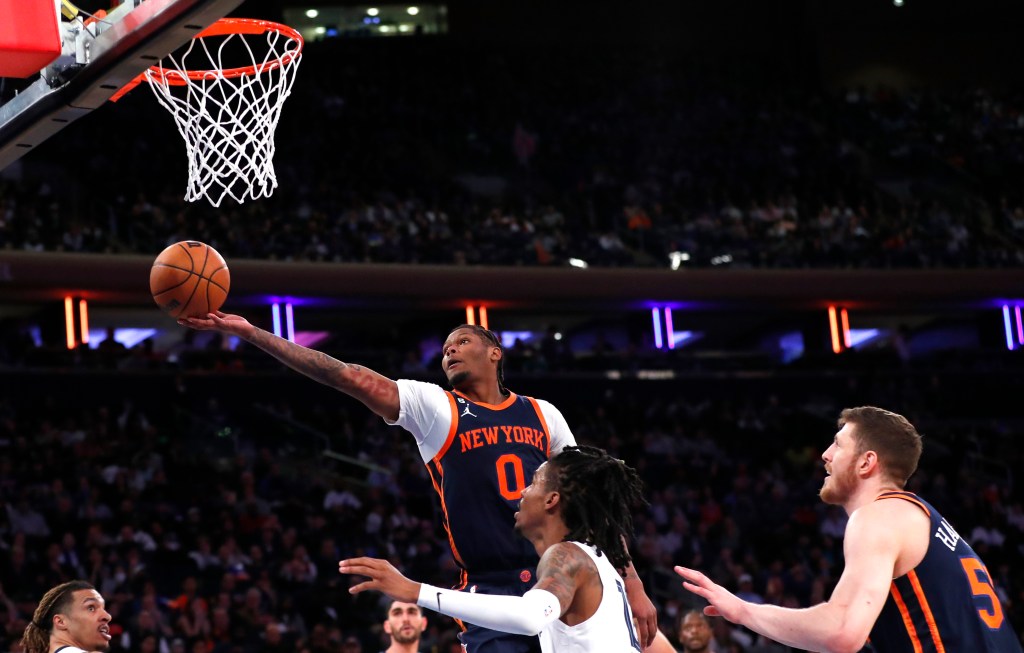 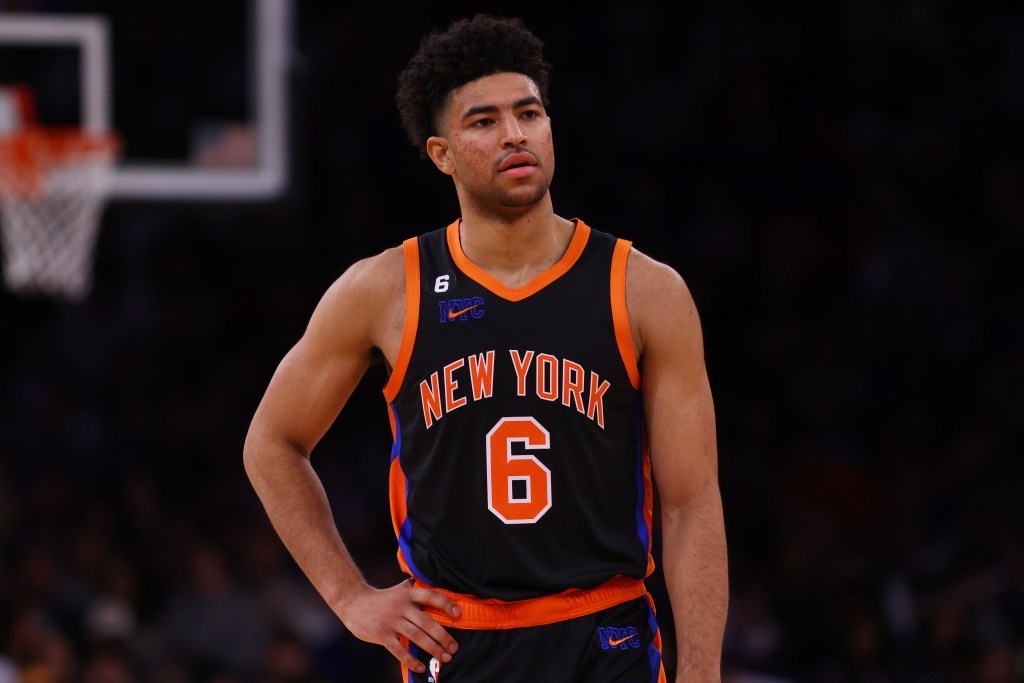 Jalen Brunson was a game-time decision with a right quad contusion he suffered late in Friday’s loss to the Trail Blazers, but it didn’t slow him down. He scored 30 points in 36 minutes. He’s also dealing with a bruised right wrist.

“I mean, it’s just bumps and bruises over the course of the season,” he said. “If I can walk, I can play.”

Entering the game in a deep shooting slump, RJ Barrett was very aggressive, forcing his way into the paint. All 10 of his first-half points came around the rim. He did hit two 3-pointers and finished with 22 points, seven rebounds and four assists.

“I think sometimes getting those easy buckets, where you’re not working quite as hard for shots, [is important],” Thibodeau said. “Trust the pass. Move without the ball. Screen off the ball. I think when you do those things, oftentimes those are situations in which you get easy scoring opportunities.”