Laura Ingraham discussed how voters across the world have begun rejecting establishment politicians and how Italy's first female prime minister was elected on "The Ingraham Angle."

LAURA INGRAHAM: There's other big changes in the air as well. And it could tell us a lot about how things will play out here in the November midterms.

It turns out that regular working people are growing increasingly fed up with establishment politicians, not just here, but abroad as well. So Italy's new prime minister, Giorgio Meloni, is a first. And she's the first woman ever to be elected prime minister there. Now, you think about it. Our press is usually over the moon when the first is a liberal woman or a minority or gay, but not in this case. 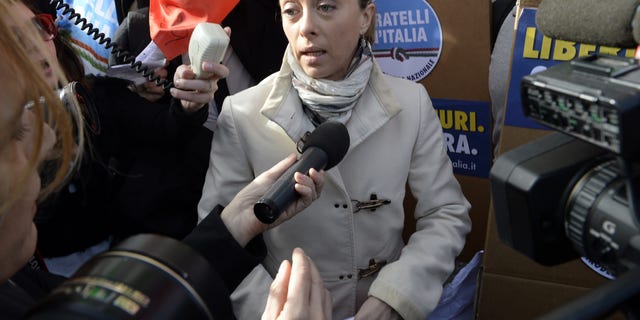 Now, three things the media despise God, fathers and the nuclear family. I mean, this is just ridiculous. If any group today comes close to Mussolini and his brutal, infamous use of big business and big government together, it's the modern left. Nice try, kids. Of course, the reason this first in Italy does not count is because she doesn't play their globalist game. She refuses to. She hasn't been bought off. Instead, she calls out the failures of the majority parties and refuses to submit to their woke crusade against national identity and national culture.