LeBron James on President Trump turning off NBA games over protests: 'We could care less'

Just as he pledged with the NFL and soccer, President Donald Trump declared on Wednesday he was done watching NBA games if players were going to protest racial injustice during the national anthem.

It didn’t take long for many of the league’s voices, including the face of the league, to say they were fine with that.

LeBron James on NBA’s reaction to Donald Trump: ‘We could care less’

Los Angeles Lakers star LeBron James told reporters on Wednesday that he doesn’t think the basketball community will miss Trump as a viewer, then pointed to the presidential election in November as a big moment.

“I really don’t think the basketball community is sad about losing his viewership. That’s all I got to say. I already know where this could go, where it could lead to tomorrow for me. I’m not going to get into it, but I think our game is in a beautiful position and we have fans all over the world. Our fans not only love the way we play the game, we try to give it back to them with our commitment to the game, but also respect, what else we try to bring to the game in acknowledging what’s right and what’s wrong.

The game will go on without his eyes on it. I can sit here and speak for all of us that love the game of basketball, we could care less.”

James has long been a critic of Trump, including on social media, so this is hardly a departure for the Lakers star. As the NBA season continues into the heart of the presidential race between Trump and Joe Biden, it’s likely James continue to speak out.

A number of NBA players and coaches had a similar reaction to Trump, who said the league’s protests against racial injustice are “disgraceful” and that he turns off the game when he sees them kneeling during the anthem.

Los Angeles Clippers head coach Doc Rivers went as far as laughing off the president’s claim when asked about it. From Tania Ganguli of the Los Angeles Times:

“Well, we lost one guy. That’s my answer. I mean, so what? Like really, I don’t even care. We know that justice is on our side, right? This hat that I’m wearing is what our president is trying to get us to not do, which I think is just disgraceful.

Rivers was hearing a hat that read “Vote.”

With only afew exceptions, nearly every player and coach in the NBA has taken a knee in the first games since the killing of George Floyd. Players in MLB, the NWSL, MLS, the WNBA and even a few in the NHL have also protested racial injustice during the anthem. That trend is almost certain to continue whenever the NFL season begins. 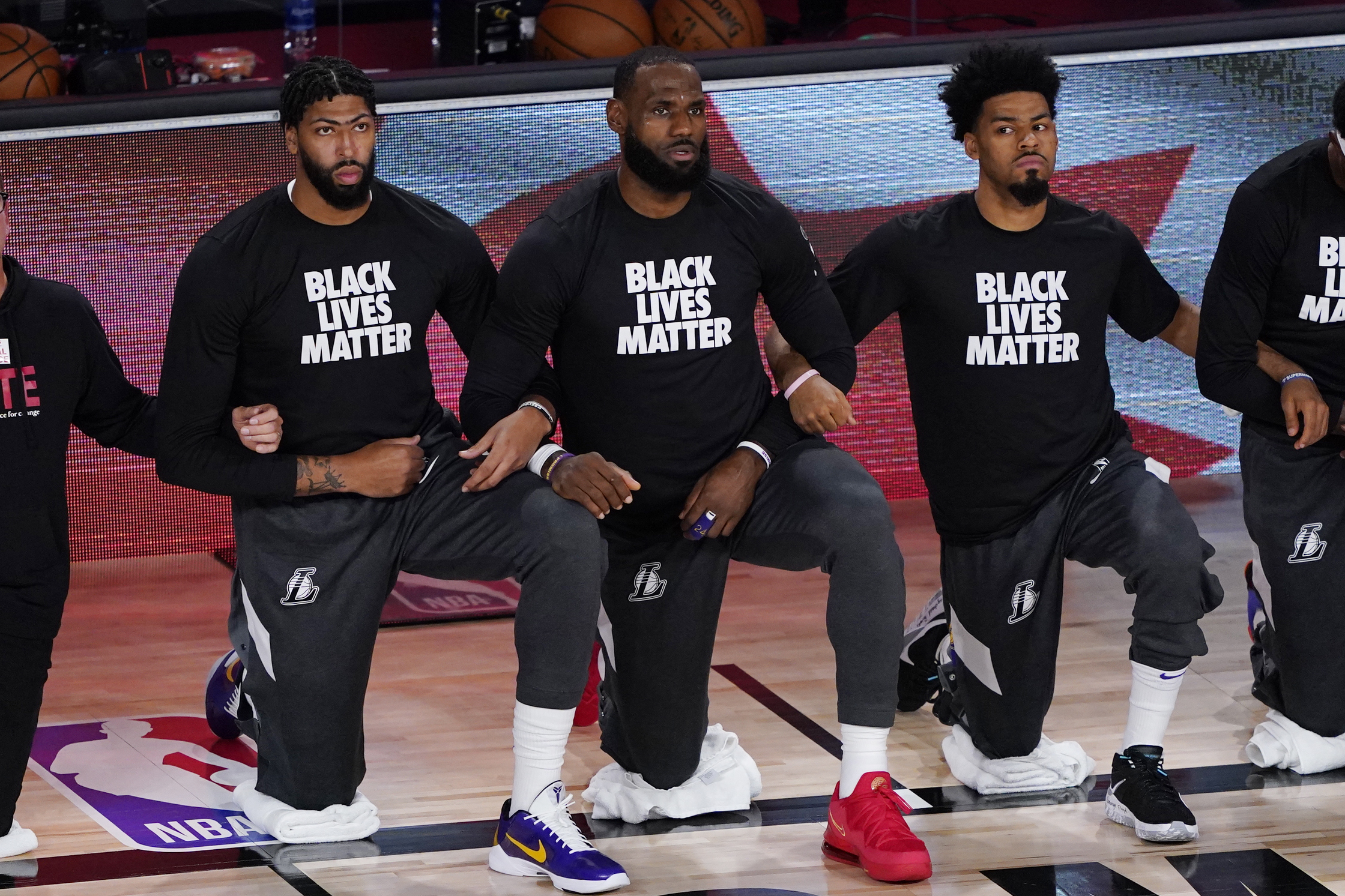 The three-time MVP also had strong words over an incident in Aurora, Co. in which police officers detained four Black girls, one as young as six, at gunpoint and forced them to lie face down on hot pavement. The girls’ mother had been wrongly apprehended after police believed she had been driving a stolen vehicle. Video of the incident has since widely circulated, prompting an apology from the Aurora police chief.

James on the incident:

“Hurtful and disgraceful to see a family face down on the pavement, for, once again, I believe, being racially profiled ... We just want better as a Black community, we’re not asking for a lot for the s--- we went through the last 400 years. The fact that we’re just asking for equality is the low tier of what we deserve, to be completely honest.”

Zidane on Hazard: It's ready. He has long been concerned about a serious problem, but now everything is fine
Ex-Atletico midfielder Futre on Felix and Fati: I will choose joau. He is special and will soon compete for the Golden ball
Miranchuk will return to the General group of Atalanta after a break for national team matches
Alonso went on the bus after being replaced and was scolded by Lampard. So the coach has never been infuriated
Manchester United are Interested in Jovic and are in talks for Cavani
Inter have moved closer to Juve, but are unlikely to win Serie A. There are problems with the defense and Conte's system
Sane will miss about two weeks due to a knee injury
Source https://www.aol.com/article/news/2020/08/06/lebron-james-on-president-trump-turning-off-nba-games-over-protests-we-could-care-less/24583983/

For Donald Trump, There’s More at Stake on Election Day Than Just His Political Future

Giuliani Claims Biden ‘Has Dementia’: ‘No Doubt About It’

Terrorism on a budget: Americans who joined ISIS or planned attacks did so with little money

Ask an Expert: Your Questions About Winning Gifts From Major Donors During Socially Distant Times

Anushka Shetty opens up on playing Sita in Prabhas' Adipurush

From Wellstone to Weeks: The Gonzo Election in Minnesota’s Second Congressional District

City where boy, 6, died of brain-eating amoeba to purge water system for 60 days

Look for these limited-time air, hotel and car rental offers from American Express

Stream It Or Skip It: ‘Whose Vote Counts, Explained’ On Netflix, A Timely Docuseries From Vox On Voter Suppression, Campaign Spending And More

How wine country became the epicenter for fires in California

During Tuesday's debate, the echo chambers will be temporarily erased

Paley Center Sets Lineup For 14th Annual PaleyFest Fall TV Previews, ‘Emily In Paris,’ ‘We Are Who We Are’ Among Featured Titles

Barrett meeting with GOP senators ahead of confirmation hearings

US Supreme Court Nominee Barrett to Meet With Republican Senators

Everything you need to hit the ski slopes

Biden leads by enough to withstand a polling misfire.

Giuliani on Trump’s debate prep: He’s better prepared against Biden than he was 4 years ago

‘WWHL’ Dives Into the ‘Below Deck Med’ Drama: Did Tom Cheat on Malia?

There’s More Than One Way to Reason Why

Paramedics test jet suit that can fly up mountains

An American Dream, Scorched in Oregon

Why it’s so difficult to abolish sororities and fraternities

Remote IT Management Can be Difficult. 'Jamf Now' Makes It Easier for Apple Users.

Sponsored: York Prep Prepares Students for College and Beyond

Children Return to Elementary Schools, in Milestone for N.Y.C.

'Deeply unpatriotic': Mary Trump slams the president for not paying taxes for years

Bolton on Tax Report: ‘I Would Think Trump Would Be Eager’ To Show ‘What a Great Businessman He Is’

One Million Dead From COVID-19

The next few months could get ugly. Here's how to stay safe as the pandemic rages on

The case for weakening the Supreme Court

Column: When the phone company and the robocall scammer are one and the same