Reportedly, a man on a Southwest flight Air Dropped a sexually explicit photo to all passengers on Saturday. Police were waiting to escort him from the plane upon arrival.

In TikTok currently infected with the virus, user @ DaddyStrange333 calls the man a "rally" andshares a graphic photo with the user from the flight attendantYou can see being rebuked. When all the passengers, especially the children, were sitting behind him. The post withholds the full name she refers to on TikTok until Southwest Airlines and FBI representatives respond to the post's confirmation request.

"I saw his iPad open the airdrop, so I knew it was him. I did create the scene," Daddy Strange now 5.1 million. I added a caption to the original video that has been played more than once.

"Why are you doing that?" The flight attendant asked Larry after pointing out that Daddy Strange was sharing an "inappropriate" image.

"Have fun," he replied expressionlessly. 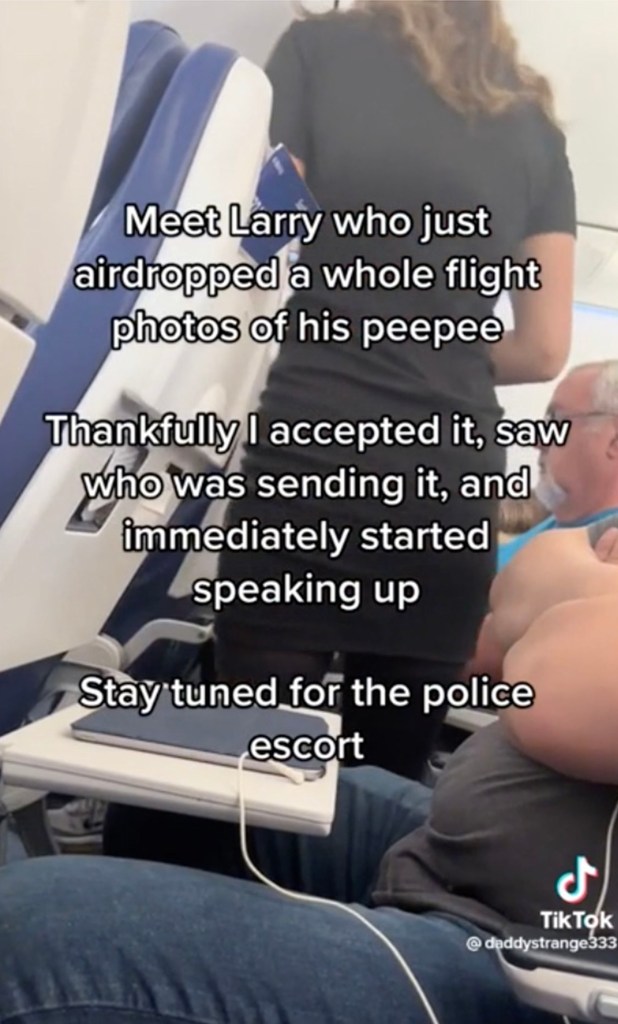 "That's sexual harassment ... I hate it," Daddy Strange said. Said to him, the flight attendant agreed.

At this point, Larry apologized, but according to the follow-up videoposted onSunday, DaddyStrange claimed that Larry soon returned to the photo view. Oral Sex — on his iPad.

"I think he has a kink," Daddy Strange said, staring at the fact that she "played with it."

The woman met with the FBI when she and seven other passengerslanded onand said Larry was escorted from the plane. She doesn't know if anything happened to the rally, but the agent reportedly told her she was trying to book him over the weekend. Detailed information about his status was not immediately available.

"We can confirm that this unfortunate incident occurred on a recent flight from Detroit to Denver," a Southwest Airlines spokeswoman told Post. "Our flight attendant dealt with the situation immediately and the crew requested a local law enforcement officer to meet the flight upon arrival.

" Southwest Airlines maintains zero tolerance for this obscene and unacceptable behavior and sincerely apologizes to other passengers on board. "