SEATTLE — Cal Raleigh hit a game-winning home run with two outs in the bottom of the ninth inning and the Seattle Mariners ended the longest playoff drought in baseball with a 2-1 victory over the Oakland Athletics on Friday night.

Raleigh, pinch-hitting for Luis Torrens, hit a 3-2 pitch from Domingo Acevedo (3-4) just inside the right-field foul pole for a solo homer that sent the Mariners to the postseason for the first time since 2001.

Seattle’s celebration on the field lasted more than 10 minutes as fans and players lifted themselves from the burden of two decades without seeing playoffs from their baseball team.

It indeed had been a long wait — the last time the Mariners advanced to play spotlight games in October, the team was led by rookie Ichiro Suzuki and Edgar Martinez and managed by Lou Piniella.

As has been the case for most of this season with the Mariners, their 86th win and the one that sent them back to the playoffs happened in the most stressful way possible. Seattle was unable to solve Oakland starter Ken Waldichuk and an assembly line of relievers for eight innings, held only to Ty France’s RBI double that scored Dylan Moore two batters into the game. 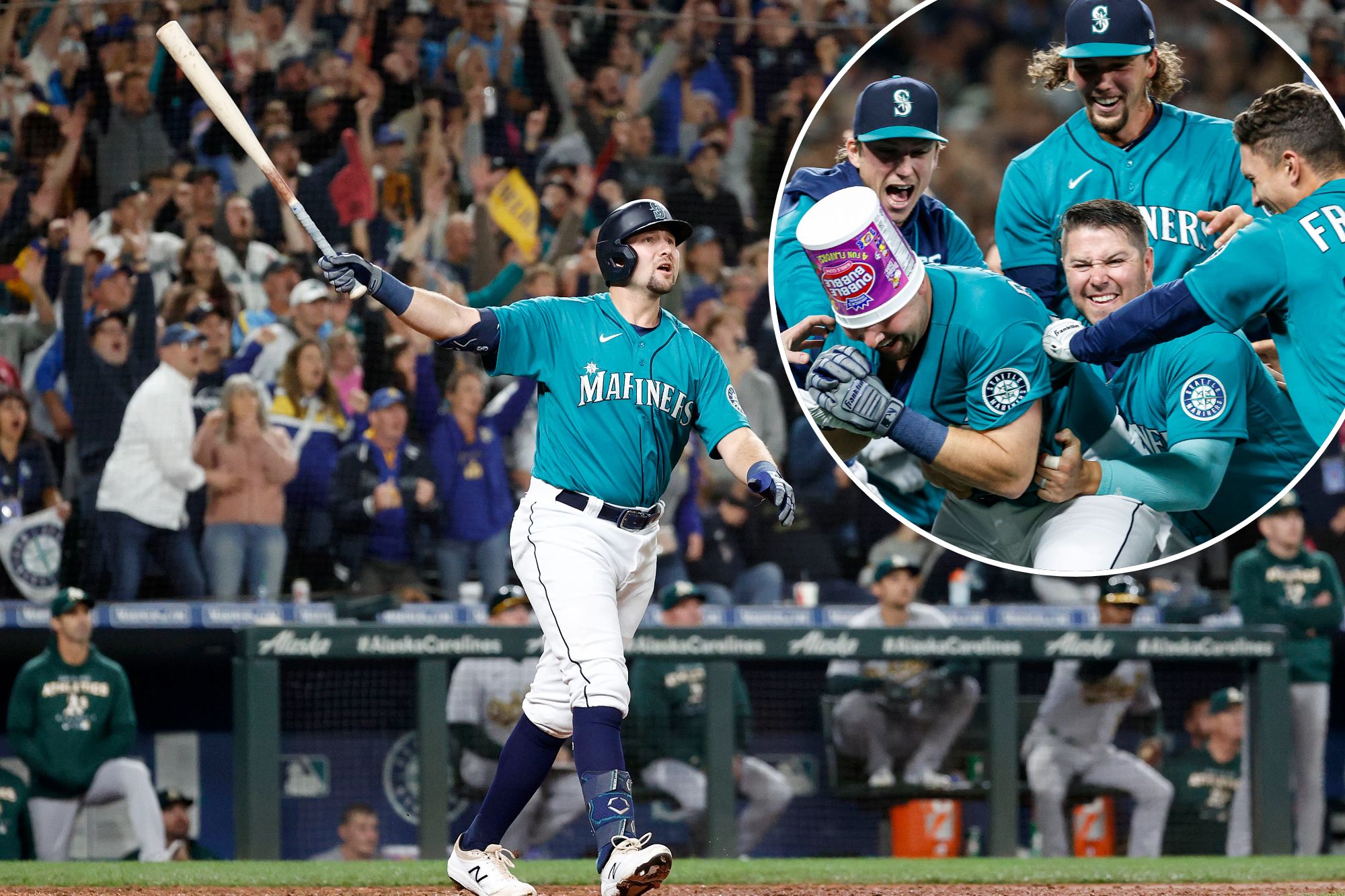 Acevedo struck out Mitch Haniger and Carlos Santana to open the ninth, but Raleigh came through with his 26th home run of the season, the most ever by a Seattle catcher.

Aside from the clinching a spot in the postseason, Seattle stayed 1¹/₂ games behind Toronto for the top wild-card spot and one half-game ahead of Tampa Bay as the three continue to jockey for seeding.

But the place in the standings didn’t matter on this night. It was all about punching the final AL ticket and ending two decades without the guarantee of playoff baseball.

Seattle’s berth ended the longest active playoff drought in any of the four major professional sports, a dubious honor that now falls to the Sacramento Kings, who have not made the NBA playoffs since the 2005-06 season. The Mariners are still the only current team never to have played in the World Series.

The last time the Mariners reached the postseason they tied a major league record by winning 116 games in the regular season, but lost to the Yankees 3-1 in the AL Championship Series.

Seattle’s Logan Gilbert threw a career-high eight innings, allowing three hits. His only mistake was a home run by Shea Langeliers in the second inning.

Gilbert retired 18 of the final 20 batters he faced and set down the A’s in order in each of his final four innings. Seth Brown walked leading of the seventh but was retired on a double play.

Gilbert struck out four and walked off the mound after the eighth to a standing ovation and the plea from fans for a run.

Matt Brash (4-4) struck out a pair in the ninth and set the stage for Raleigh.