Mayor Eric Adams has fled a political storm at home over everything from border migrants to rising crime to take care of what he calls New York’s “sixth borough,” hurricane-ravaged Puerto Rico.

Adams traveled to the island late Saturday night for what he framed as a fact-finding mission to see how New York City can best help the island recover from Hurricane Fiona.

“Puerto Rico is our sixth borough of New York. We’re tied at the hip,” Hizzoner said during in a video shot Sunday morning alongside San Juan Mayor Miguel Romero.

“We’re going to… identify exactly what’s needed,” the mayor said. “We want to pinpoint what the needs are.”

Romero replied that his city needs electricity to provide its citizens with water. 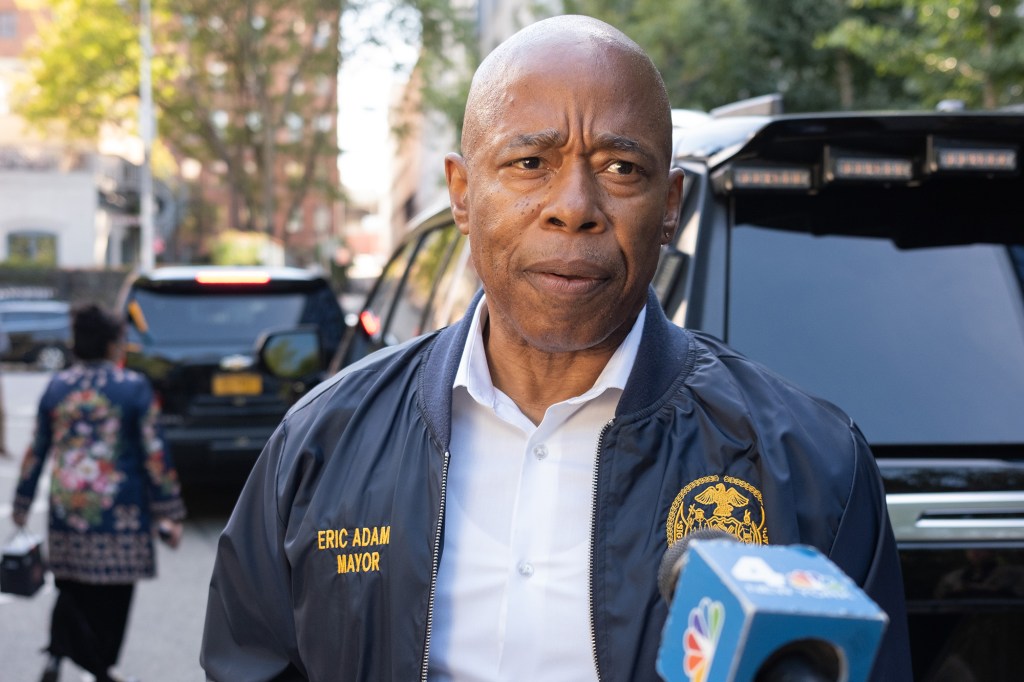 Adams, who announced his trip last week, said in a video posted from the plane that he was headed to the island “to help our brothers and sister on the ground” — even as his administration back home faces persistent crime, a massive migrant crisis and a hefty challenge to its vaccine mandate for city employees.

In addition to meeting Romero, Adams’ schedule Sunday also was set to include meetings with Puerto Rico Gov. Pedro Pierluisi, the regional administrator for the Federal Emergency Management Agency and the president of the Dominican Republic.

Adams — whose meetings Sunday were closed to the media — has not taken questions from reporters, outside of TV and radio interviews, since announcing plans to build tent encampments to house immigrant asylum seekers as the months-long influx from the southern border has overwhelmed city shelters. 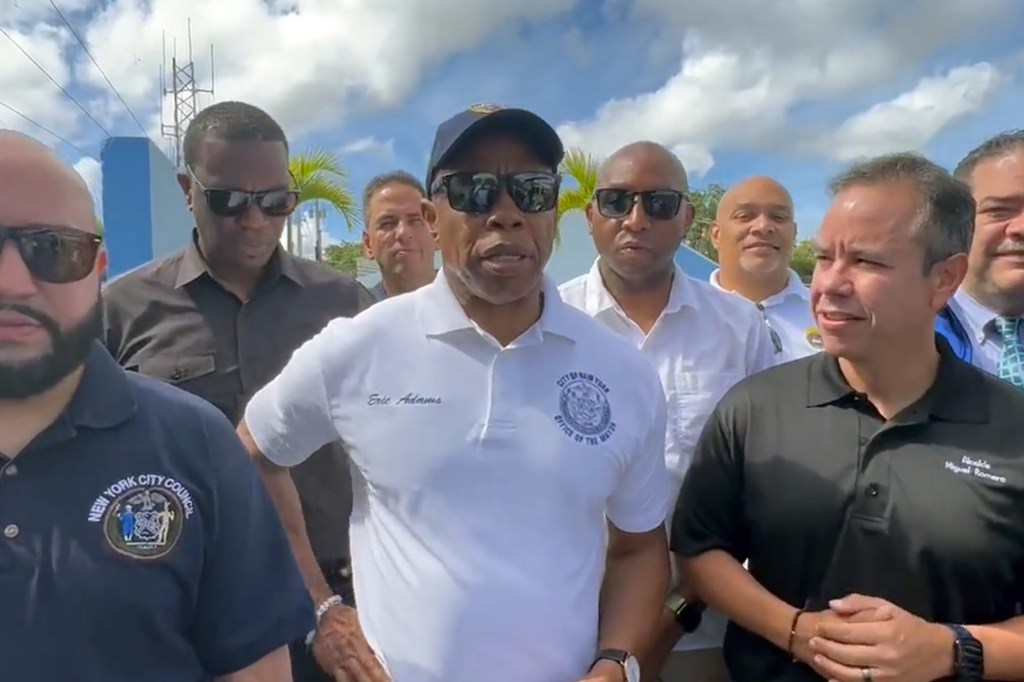 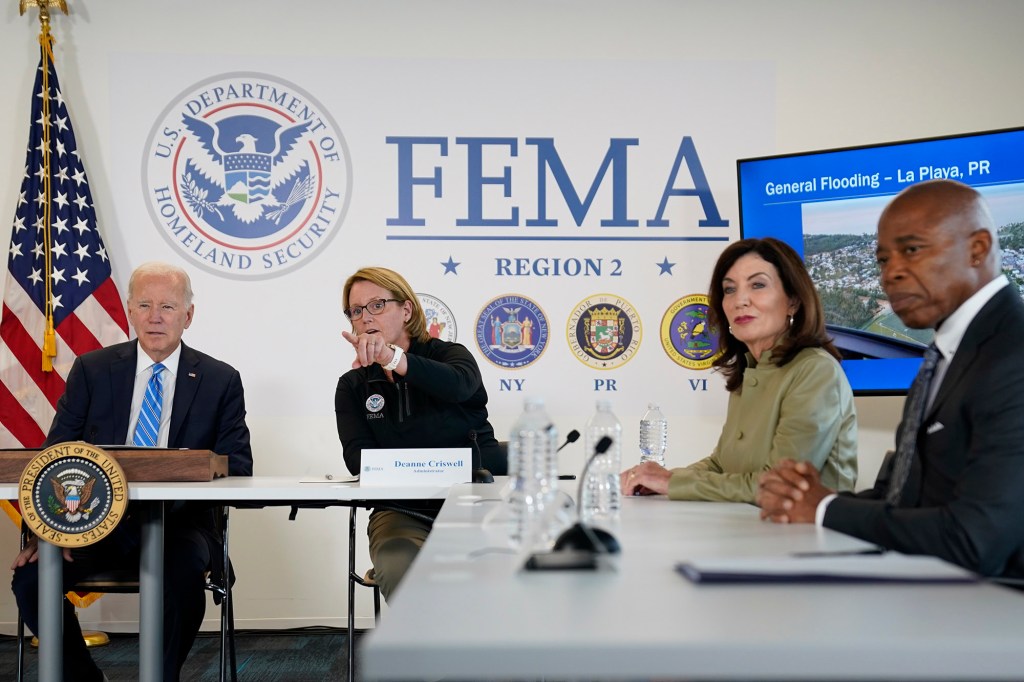 He faced another significant blow Friday when a state supreme court judge ordered NYPD members who refused their COVID-19 vaccination to be reinstated.