Do-over are not allowed in sports, unless you are playing golf with friends more interested in waving down the beer cart than they are in preserving the integrity of the game. In that case, your do-overs are called mulligans.

The 2022 Mets should be most thankful they are getting a mulligan. Starting Friday night with the wild-card opener against the Padres, the Mets will get a chance to undo their meltdown in Atlanta last weekend. They can make that three-game catastrophe irrelevant or, better yet, make it the perfect opening act of their commemorative championship video to come.

You know how those videos often start: with scenes of failure and hopelessness tethered to a narrative voice insisting they all counted us out, before a triumphant symphony accompanies the highlights that end with a couple of million New Yorkers packed into the Canyon of Heroes for a parade.

The Mets can still write, direct, and produce that film. “You control it,” Mets manager Buck Showalter told his players.

That control is a precious gift that shouldn’t be wasted. In the first year of a postseason format that allows for three wild cards in each league, and calls for a best-of-three series in the first round instead of the ol’ one-and-done shootout, the 101-win Mets will get to face the 89-win Padres in a series staged entirely at Citi Field, with a margin for error built into the process. 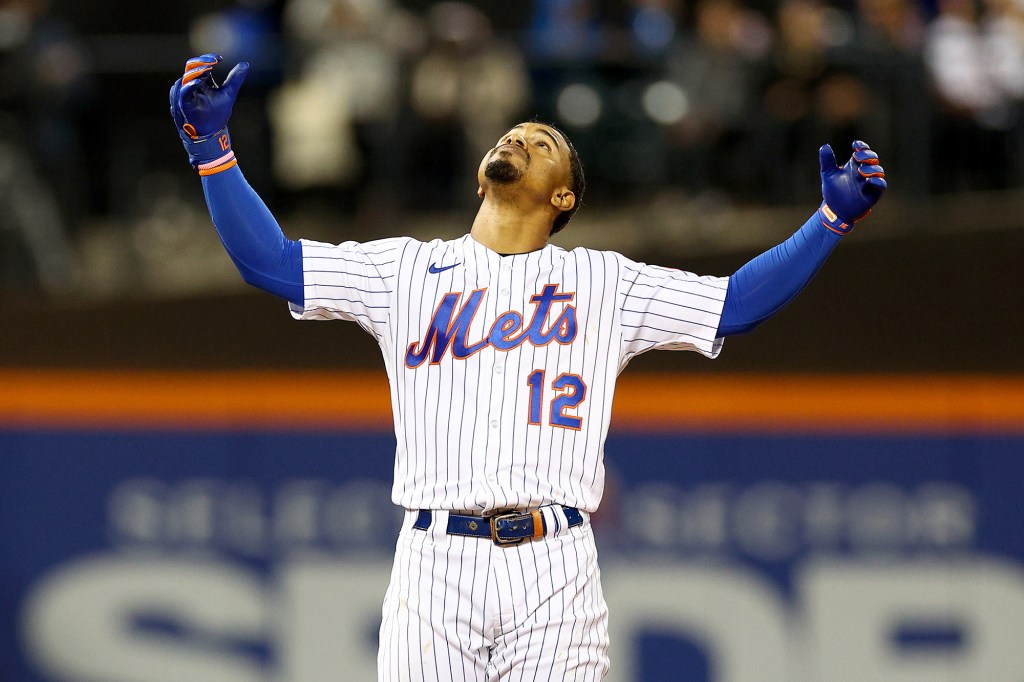 The Mets could lose Game 1 with Max Scherzer, and still come back Saturday in Game 2 with Jacob deGrom, meaning they could deploy both halves of one of the best pitching tandems in baseball history before playing a sudden-death Game 3 at home. As consolation prizes go, that’s a pretty good one.

Of course, the Mets would have preferred to honor their season-long control of the National League East by winning the series at Atlanta to earn the first-round bye and the easier postseason draw that came with it. The object of the game was to avoid the Dodgers for as long as possible, and now the Mets are positioned to face them in the Division Series, with the Braves potentially waiting and holding home-field advantage in the Championship Series if their old friends from Flushing make it there.

On the one hand, the Mets sure have paved themselves a forbidding road to the World Series. On the other hand, it sure beats the alternative — namely, not having any road at all and carrying that sweep by the Braves into an offseason shaped by regret.

You can play this game all day and night with the teams and athletes who were never given a chance to rewrite their own Greek tragedies. But Showalter and his players don’t have to sweat it. By expanding the tournament for the sake of their bottom line, baseball owners provided the Mets a runway to redemption.

Showalter reminded his players of that after they were hit with an all-out blitz of Same Old Mets negativity on their return from Atlanta. Asked if his players eagerly embraced the fact that all of their goals are still intact, or if he needed to do some extra persuading, Showalter said: 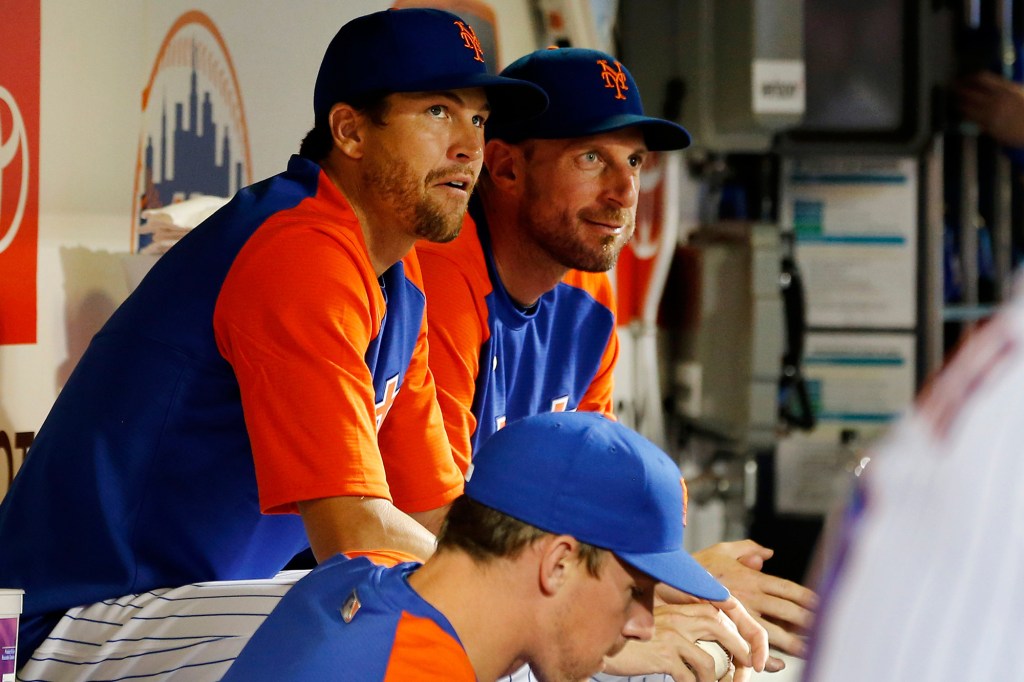 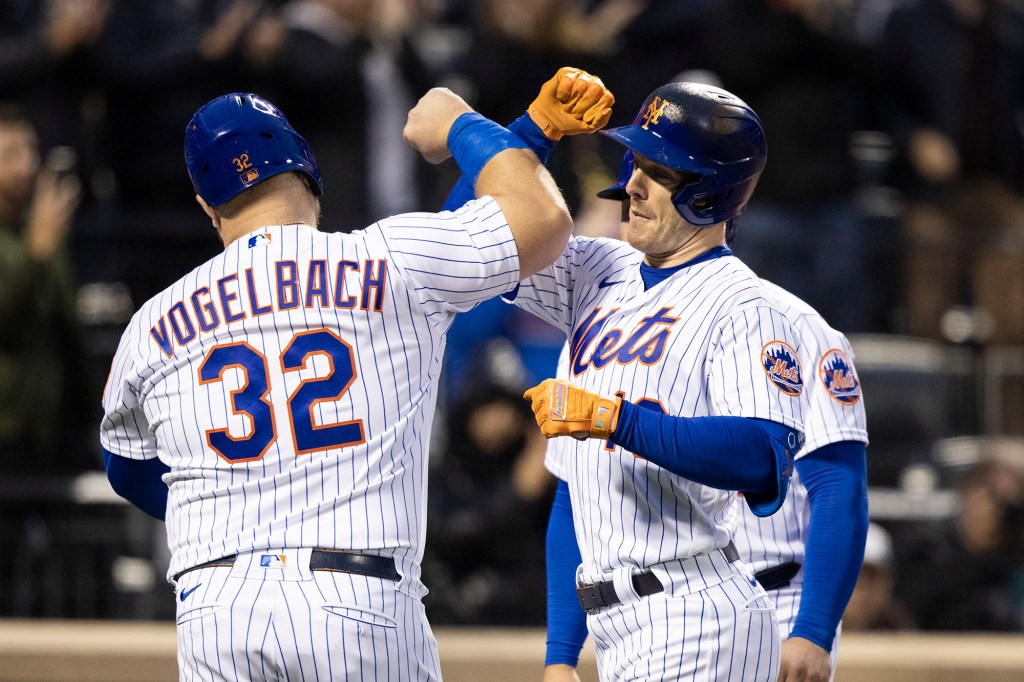 “We’ve talked about a lot of things privately, and a lot of giveback from [the players] too. They have a stake in this. They care a lot. I think every once in a while [it’s good] to have somebody state what they all think, without it being obvious, and some reminders, because there’s going to be a lot of things around them that will cast the same doubt that they had in the spring, in the offseason. There’s always that.

“But you can prove it. You control it. It would be frustrating if it’s not in your control.”

Yes, it would be. Wednesday afternoon, before his team’s rain-delayed 9-2 victory over Washington in the regular-season finale, Showalter opened his daily press conference by recognizing longtime player-development adviser, instructor, and coach, Bobby Floyd, who is retiring after 37 years in the Mets’ employ. Floyd said his goal is to go out with a 2022 World Series ring to bookend his 1986 World Series ring.

Pressure is a privilege, right? The Mets will feel their fair share of it when facing a Padres team that beat them four times in six regular-season meetings, including two at Citi Field.

Starling Marte’s potential absence would hurt a lot, but the host team still has an elite slugger (Pete Alonso), an elite shortstop (Francisco Lindor), the National League’s best hitter (Jeff McNeil), and three of the best arms on the planet in Scherzer, deGrom, and closer Edwin Diaz.

That should be enough for the Mets to make their mulligan a memorable one.