It has been a great Mets regular season. Winning 101 games ain’t easy, or they would have done it more than once before in 60 years.

Max Scherzer is everything they could have hoped for, worth every penny of that $43.3 million.

Jacob deGrom got back on the mound for the second half, and is apparently here to help when it counts.

Francisco Lindor got his mojo back.

Jeff McNeil forgot about the alleged rat or raccoon, or whatever it was, and won himself a batting title.

Pete Alonso solidified his status as a slugging superstar.

Yes indeed, our team from Queens had one heck of a regular season. There’s no doubt about that.

Then, of course, there was that final Atlanta weekend, in which they needed to win one of three games, and they didn’t do it, making this whole scary weekend series versus the Padres necessary.

“We should really be damn proud of what we accomplished,” Alonso said. “As much as woulda, coulda, shoulda, we won 101 games. That’s something to be really damn proud of. … I feel like we have the ability to be the last team standing. And regardless of where we are in the playoffs, to get to where we want to be, we have to beat every team anyway.” 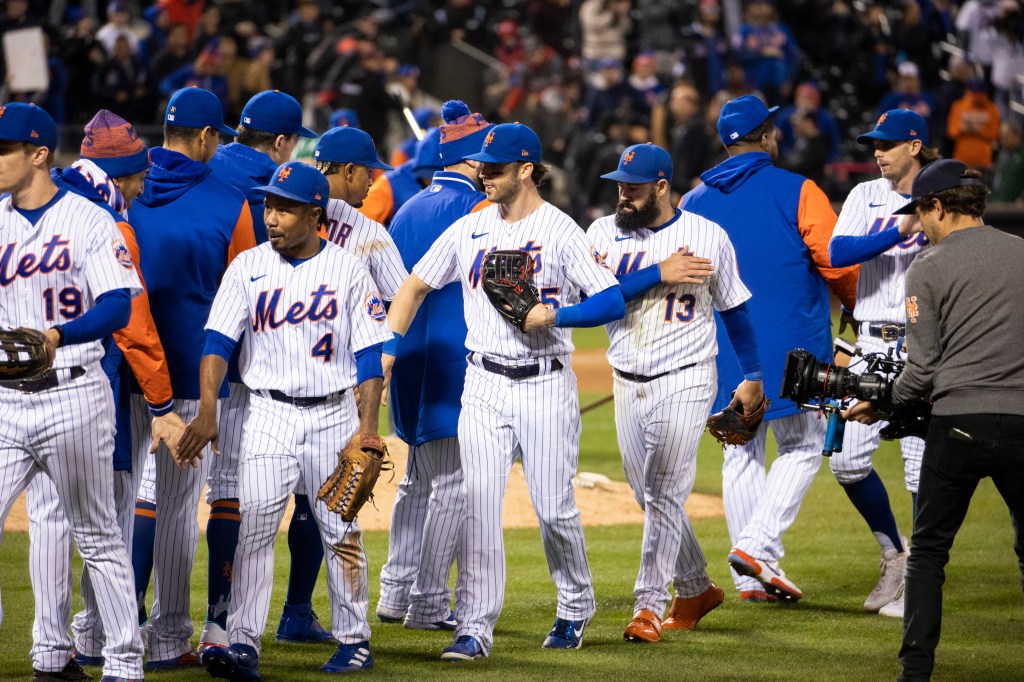 That feels literally true now, with what they face. It’s a daunting gauntlet no one besides their first-round opponent must endure. They will have to win three rounds, and quite possibly two against 100-win teams — the juggernaut Dodgers and the nemesis Braves — just to get to the World Series.

In a way, it’s all very Mets-like.

One-hundred-and-one wins should have been enough to get them a bye in Round 1, but in true orange-and-blue fashion, it was one win too few.

The season was about 99 percent great. But if they don’t beat San Diego, no one will remember. Or care.

There’s a lot to like about this team, and plenty for them to fear.

Should the Mets lose, fair or not their great 101-win season will be less remembered than their disastrous wasted weekend in Atlanta that triggered this unwanted wild-card round.

You could say it’s very Mets that they are the only team with 100-plus wins to have to endure this extra round. You could call it unfair. But unfortunately, it’s reality.

And let’s not kid ourselves, this wild-card matchup is far from a sure thing. The Padres weren’t afraid of the Mets and kept trying to win until the very end. That’s unlike the Phillies, who “rested” NL home run champion Kyle Schwarber and star catcher J.T. Realmuto in game No. 161 against Justin Verlander, ensuring their status as the sixth seed and setting up a date with soft-tossing St. Louis. You can’t really blame Philly. They were 4-15 against the Mets this year. And no one wants to face the Scherzer-deGrom combo.

A Padres person confirmed they didn’t give a hoot, saying, as Alonso did, that they knew they’d have to beat the best teams in the playoffs, anyway. They’ve endured a ton already. Their whole regular season, thanks to uber-talented, but immature Fernando Tatis Jr., who disqualified himself with his amateurish chemistry efforts, has been very soap operatic.

Give them this, top to bottom the Padres’ organization has go-for-it type guts. That’s how Juan Soto got to San Diego. While Soto is still getting used to San Diego (it’s hard to imagine why anyone needs to acclimate himself to America’s most beautiful burg), we know him well here. Soto has a 1.173 OPS at Citi Field. He loves it here, and he, for one, has never feared the Mets.

Soto’s former Nationals team coincidentally just made a quick stop in Queens that may have lifted the spirits of the Mets, who needed that pick-me-up after their disastrous weekend in Atlanta. Alonso pointed out, “Even though people look at that Atlanta series as the final thing, realistically, there were there other opportunities to win the division.”

What he said is all true, of course. They lost three against the also-ran Cubs, and dropped a few more games to non contenders.

But life in the big city comes with a price. And part of that price is that if they don’t win this series versus San Diego, fair or not, we will all focus on that Braves series. And maybe just a little on this Padres matchup.

If they lose now, no one will recall they spent $290 million and made us forget the Madoff years.

No one will remember that they brought in four big free agents, and they all were great.

No one will recall they won more games than all in franchise history but that crazy bunch in 1986. Yes, even one more than those Miracle Mets of 1969.

If they don’t get past San Diego, the 101 wins will become nothing more than a footnote to a very sorry ending.