Pete Alonso was the lone Mets player brought to the podium Thursday wearing a new sweatshirt. Neither Francisco Lindor nor Max Scherzer showed off clothing that bore a playoffs logo. It could be forgiven if new sweatshirts and hats have become, well, old hat for some.

But Alonso looked down proudly at a postseason logo, which he had only seen other players don. After four seasons and 146 home runs, the Mets first baseman finally will participate in true October baseball.

“To be honest, I really don’t know what I’m getting into,” Alonso said before the Mets worked out at Citi Field.

Alonso leads the team’s homegrown core, which includes Jeff McNeil and Brandon Nimmo, longtime Mets who have waited a long time for this. Until qualifying as a wild card this year, the Mets had not played this deep into the year since 2016. 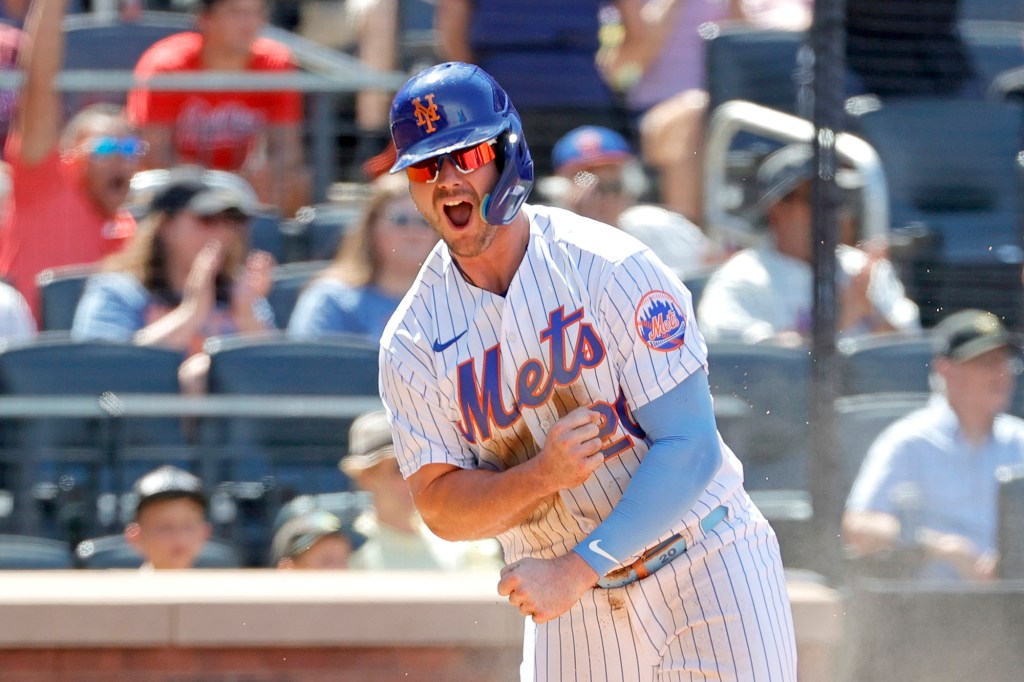 Last weekend in Atlanta essentially represented a playoff series — one that did not go well, as the Mets were swept. Alonso pointed at games like those and the Subway Series, as well as his time at Florida in the College World Series, as the best analogues for what he is about to experience in Queens for a best-of-three against the Padres.

“Never heard or seen a playoff crowd in person,” Alonso said on the eve of his postseason debut. “I hope fans are behind us every single pitch. I hope that they come ready because we’re going to be ready. It’s going to be really exciting. And I hope they go buck wild, and they’re rowdy.”

Alonso, whose 40 home runs tied for third in the majors, was best in big situations during the regular season. His 1.099 OPS with runners in scoring position trailed only Aaron Judge and Shohei Ohtani.

The 27-year-old hit better against better opponents, with a higher OPS against teams above .500 (.900) than below (.839). But while he crushed San Diego pitching, Alonso is a career 2-for-11 with a home run against the Padres’ Game 1 starter, Yu Darvish.

In last weekend’s sweep, the Mets were outhomered by the Braves, which may have exposed a hole in the team’s makeup. Against top-shelf pitching, it is often easier to rely upon a long ball rather than a series of singles.

Alonso is the Mets’ best bet for a game-changing swing.

“Enjoy this one. This is the last time you’ll make your first-time playoff debut,” Lindor, a playoff veteran, said was his advice to the uninitiated. “Enjoy the first moment you go out on the field. Look around. Embrace it. You play 162 [games] to get to that point.”

In Alonso’s case, it took 530 in his career for his moment to arrive.