With the Braves’ 4-0 loss in Miami, the Mets moved within 1 ½ games of Atlanta in the division. One Braves victory over their next two games or a Mets loss against the Nationals will clinch a fifth straight division title for Atlanta.

The Mets were rained out Monday and have three games scheduled against Washington over two days to conclude the regular season. The teams will attempt to play a single-admission doubleheader on Tuesday beginning at 4:10 p.m. The Braves own the division tiebreaker based on their 10-9 record this season against the Mets, whom they swept three games over the weekend.

As a wild card, the Mets would enter the postseason as the No. 4 seed in the NL and play the No. 5 seed (either the Padres or Phillies) in a best-of-three series beginning Friday at Citi Field. 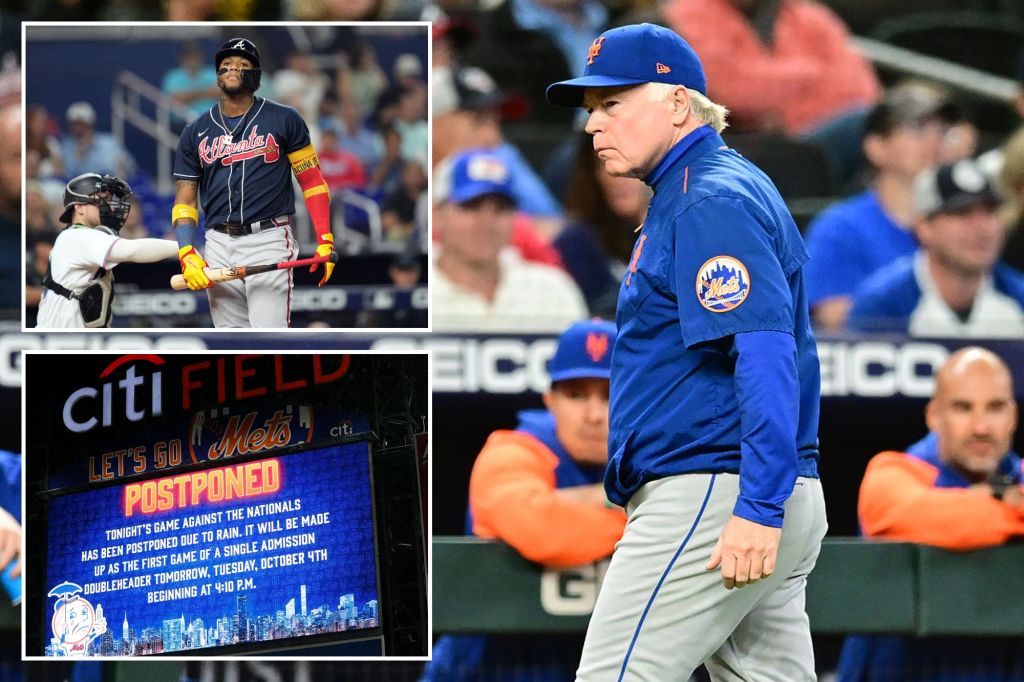 The Padres began play late against the Giants with a one-game lead on the Phillies for the No. 5 seed. The Phillies won 3-0 in Houston.

The Phillies own the tiebreaker against the Padres based on winning four of seven games against them in the regular season.

Buck Showalter said before Monday’s game was rained out that he would wait until the Mets are officially eliminated from the division race before offering his thoughts on the wild-card round.

Only adding to the difficulty for the Mets is the fact the Marlins have shut down ace Sandy Alcantara, so the National League Cy Young-award favorite won’t pitch Wednesday against the Braves.