ATLANTA — Taijuan Walker hasn't ruled out pitching for the Mets on Sunday, but said it will only happen if he feels 100% physical.

The right-hander had an MRI on Thursday after making his final start in what the team called a back spasm, showing a slight bulging disc he had to manage. I made it clear that I made it clear.

Walker played catch at his park for the Trust before the Mets suffered his 3-2 loss. The Mets have until Friday to decide if he can enter the next turn in the rotation. 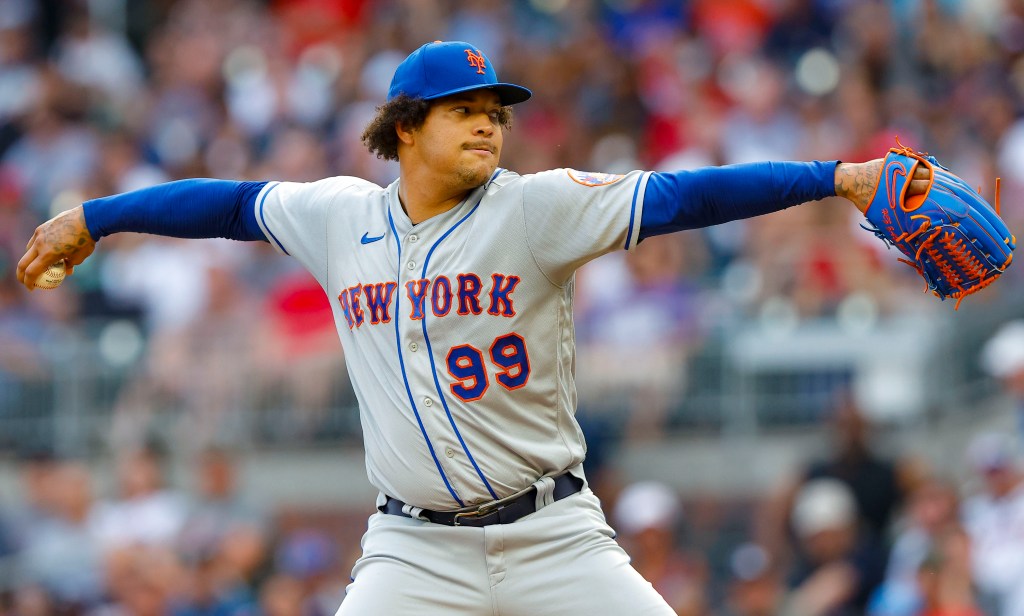 ``Tuesday was very painful,probably the worst pain I've ever felt,'' Walker said, adding that he had improved markedly since then. "I'm a little shocked today, but we're definitely on the right track."

In a normal cycle, Walker will have a bullpen session on Thursday. would have thrown He said Saturday is the earliest he could try the session now.

"I don't want to go out and make it worse at 90%, but right now he's in IL and he's been absent for two, three, four weeks," Walker said. "I think it's important to listen to your body and the playoffs are probably where it's needed most."The Mets will play a doubleheader in Philadelphia on Saturday, David Sending his Peterson and Trevor Williams to the mound.

If Walker isn't ready, Jose could recall his butt from Triple-A Syracuse to get him a spot start. Manager Buck Showalter said Tommy Hunter, who is scheduled to return from the disabled list on Sunday, could be considered a role for the opening game. Catcher Thomas Nido, who tested positive for COVID after traveling, felt good enough to drive the 15 hours back to New York on Wednesday. He's expected to join the Philadelphia team at some point this weekend.

According to Showalter, the Mets have claimed that infielder Jormar Sanchez has been unwaived by the Red Sox and will add him to his league roster in the majors on Friday. Catcher Patrick Mazeika was assigned to clear the 40-man roster space.