Michael B. Jordan and Lori Harvey arrive together in ATL for Thanksgiving

It looks likes People magazine’s 2020 Sexiest Man Alive and the model-socialite daughter of a Black Hollywood mainstay were spotted exiting a Delta flight in Atlanta yesterday.

Michael B. Jordan and Lori Harvey were allowed to get off the plane on the tarmac instead of walking through the airport. Clad in nearly matching grey sweatsuits and masks, photographers still captured the two walking down the stairs from the flight to a waiting car. 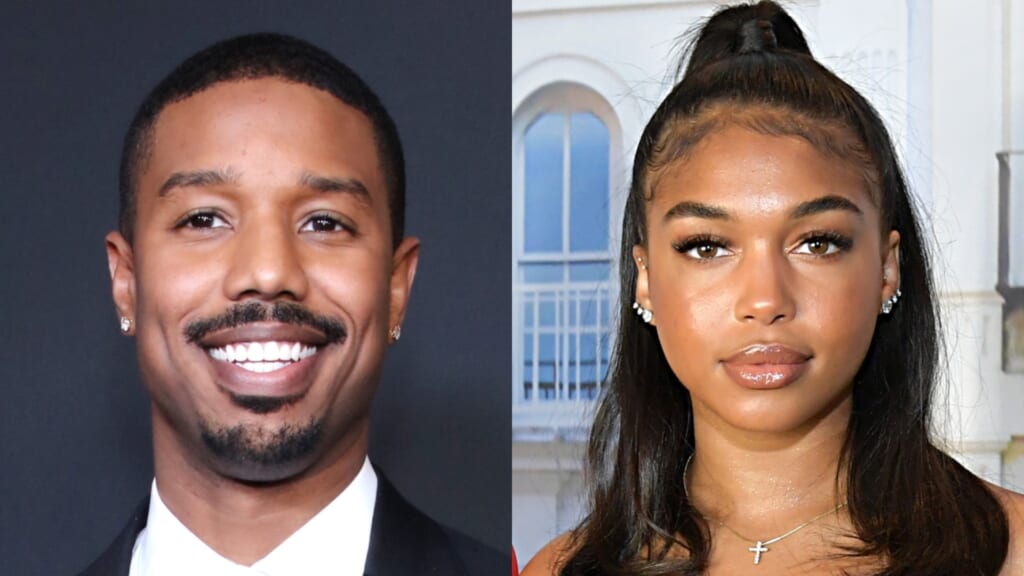 Media reports indicate possible-couple Michael B. Jordan and Lori Harvey were caught on camera traveling to Atlanta together. (Photos by Robin L Marshall/Getty Images for BET and Amy Sussman/Getty Images for Beautycon)

The TMZ report notes “this is the first time the celebs have been linked together one-on-one,” however, there was a previous report of them crossing paths at a popular Los Angeles restaurant earlier this year.

Black Twitter immediately had commentary for the alleged new lovebirds. Harvey’s name was trending, as women saluted her latest conquest.

“Lori Harvey is doing what any young, rich, and beautiful woman should be doing. Great job!” one opined.

“I enjoy Lori Harvey!” another fan wrote. “sis NEVER clears or confirms an OBVIOUS rumor and it’s on to the next!”

While Harvey has been known for a few celebrity pairings, Jordan is no slouch either. He was recently linked to current rap queen Megan Thee Stallion.

During an appearance on Jimmy Kimmel Live, on which he was talking about his “Sexiest Man Alive” designation, Jordan teased that he might be joining OnlyFans.

The subscription-based content site is known for mature content. However, he did say that what he’d be sharing wouldn’t be typical. Instead, he may be sharing content about his new mustache.

Read More: Lauren London adds new Nipsey Hussle tattoo based on a note he once wrote her

“I never had time to actually sit in one place and grow my facial hair where I didn’t have to get it groomed, or manicured, or anything like that. So, during quarantine, I just wanted to see how much hair I could actually grow,” Jordan said, later revealing that he’s even given his mustache its own moniker.

“His name is Murphy. We call him Murph for short,” he shared. “Got an OnlyFans coming soon — eating fruit, all types of crazy stuff. It’s going to get wild.”

Ozil will receive 3 million euros in Fenerbahce from July. Lifting - 550 thousand
Phil Neville now coaches the Beckham Club in sunny Miami. I left the England women's national team for this before the Olympics
Chelsea hope Tuchel will be at the match against Wolverhampton on Wednesday
Antonio Conte: Inter lost 0:2 in the last derby. We need to play Milan more decisively in the Cup
Pioli about the Italian Cup derby: Milan wants to win the Italian Cup, but we have a very difficult grid
PSG may offer Arsenal Draxler for Guendouzi
Sokratis moved to Olympiacos. The former Arsenal defender has a contract until 2023
Source https://thegrio.com/2020/11/26/jordan-harvey-together-atlanta/

Hawley tries to cancel Senate Democrats for “canceling” him

Vaccine tourism on the rise as wealthy international tourists eye an opportunity in the U.S.

The Investigation Is the Next Evolution of True Crime

How to watch the article of impeachment delivered to the Senate

Column: A major Chicago snowstorm? That’s what the media want you to believe!

LaMelo Ball’s rookie season has been as polarizing as expected

Dale Moss on Clare Crawley split: ‘There’s no one person to blame’

'I still have trouble with it': One year on, Lakers stars struggle to come to terms with Kobe Bryant's death

Harriet Tubman $20 Bill Redesign to be Accelerated by Biden Administration

As the House readies to send over the article to the Senate, the contours of Trump's second trial are starting to take shape

Got a weird text about a package delivery? It could be a scam.

‘Cocky’ Animated Comedy From ‘The Knick’ Creators In Works At Fox

White House condemns riots in Portland, Seattle: 'Smashing windows is not protesting and neither is looting’

Makers of Sophia the robot plan mass rollout amid pandemic

Taillon excited to reunite with Cole, push for playoffs

Death of NYC’s most beloved restaurants puts landlords in danger

New coronavirus variants are an urgent threat. Here's what you need to know

Michael Goodwin: I'm ignoring Biden's 'unity' talk, here's why you should, too

Turns out women are a dog’s best friend

No, Trumpism Isn’t Over. Look at What Just Happened in Arizona