Minnesota first responders were working Monday to rescue more than 100 people from a large chunk of ice that broke free. 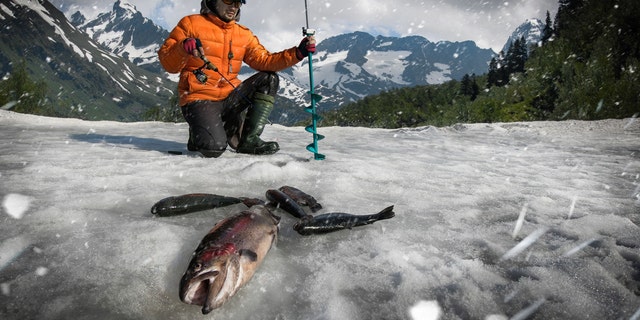 Authorities urged anyone else on the ice to evacuate to JR's Corner Access, which offers ice house rentals and fish cleaning.

"There is a temporary ice bridge to get across the open water," the sheriff's office wrote on Facebook.

Upper Red Lake is located near the Red Lake Reservation. Temperatures there were around 35 degrees Fahrenheit on Monday afternoon.