Robinson, who was re-signed to a four-year contract worth $60 million over the summer, finished second in the NBA in that category last season with 4.1 offensive boards per game, behind only Steven Adams of the Grizzlies (4.6).

“I appreciate that a lot, actually coming from the coach. It shows that my work that I’ve been putting in for that is finally paying off,” Robinson said after practice Thursday in Tarrytown. “But for me to get offensive rebounds, yeah, it takes a lot of weight-room activity.

“[It’s] definitely from strength. People boxed me out, and I couldn’t really do too much on the offensive glass. But now, I got a little weight, so it helps a lot.”

One year ago, Robinson arrived at training camp lacking conditioning after a mostly inactive summer following March foot surgery. It took the 7-footer several weeks into the regular season to get fully fit, but he was able to work out more consistently this summer in what he called “a full offseason to come here in better shape and ready to go.” 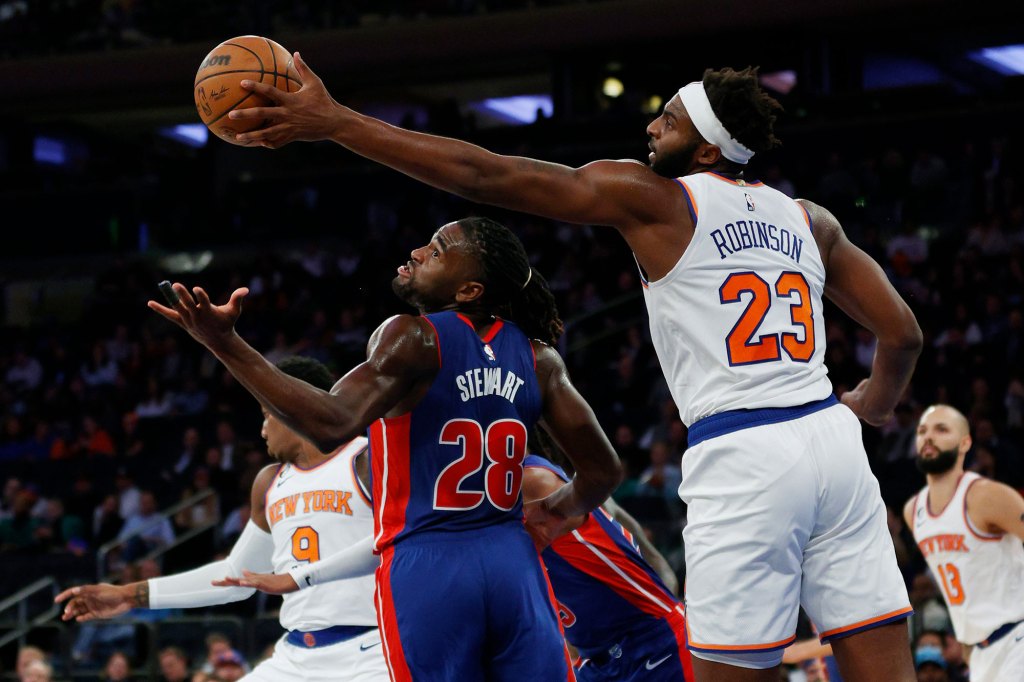 After reporting to camp at what he claims is a more toned 270-275 pounds, the fifth-year center posted six points, four rebounds and three blocked shots in Tuesday’s 21-point win over the Pistons at the Garden, where the Knicks will face Indiana on Friday night.

“I think he’s in the best shape he’s ever been in since I’ve been here in New York,” fellow frontcourt starter Julius Randle said of Robinson. “He’s running the floor, playing with energy. Offensive rebounding, obviously. And we’ve got to reward him. He does so many things for us, offensively and defensively without the ball, so we’ve got to keep looking for him and reward him.”

Robinson, who will be backed up this season by free-agent addition Isaiah Hartenstein, added that he watched film of Adams this summer to see “how he does it” as far as working the offensive glass.

“He kind of goes from the baseline, works his way in. He is strong, so that’s kind of one takeaway I got from him,” Robinson said. “Other guys use their quickness. Nine times out of 10, they get to the spot where the ball is going.

“But yeah, it really is getting in the right position, owning your space, pretty much. You own your space, you got a fair chance of getting the ball on an offensive rebound.” 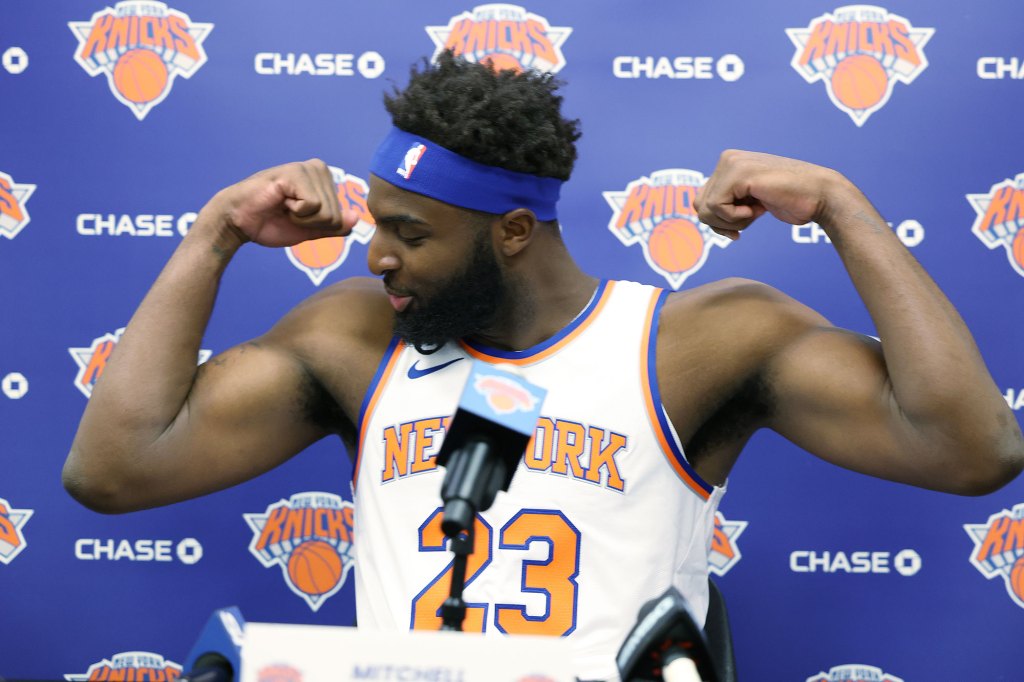 The 24-year-old Robinson has talked in past years about adding an outside shot to his game, but he hasn’t attempted a 3-point shot in 230 career NBA appearances. He instead has posted a career field-goal percentage of 72.2 on mostly lob dunks and put-back buckets, including an NBA record of 74.2 in 2019-20 to eclipse Wilt Chamberlain’s long-standing mark of 72.7.

“I think the athleticism is special, but I also think the strength component, when he added that piece to it, he can take a hit and get through that. He’s shown that,” Thibodeau said. “But I think a lot of other areas of his game have improved also — the rim protection, that part is obvious. But I think he’s starting to grow now offensively.”

Robinson added that he and Brunson have discussed getting him the ball in post-up positions more often this season “because it will put more pressure” on opposing defenses.

“They’ll be like, ‘Oh snap.’ I’m pretty sure everybody’s scouting report is just, ‘Lob, this and that.’ So, you got to add. You got to,” Robinson said, before being asked if he still hopes to develop that outside shot.