Multiple tornadoes have touched down amid a “particularly dangerous” weather situation that is underway in the South, according to the National Oceanic and Atmospheric Administration.

Dozens of tornado watches have been issued in portions of southeastern Arkansas, northern and central Louisiana and central Mississippi until 2 a.m. as dangerous supercells bring potentially devastating tornadoes, hail the size of baseballs, damaging winds and flash floods, according to Fox Weather.

By 11 p.m. Tuesday night, the NOAA reported at least 17 tornadoes, mainly in Mississippi and Louisiana. The 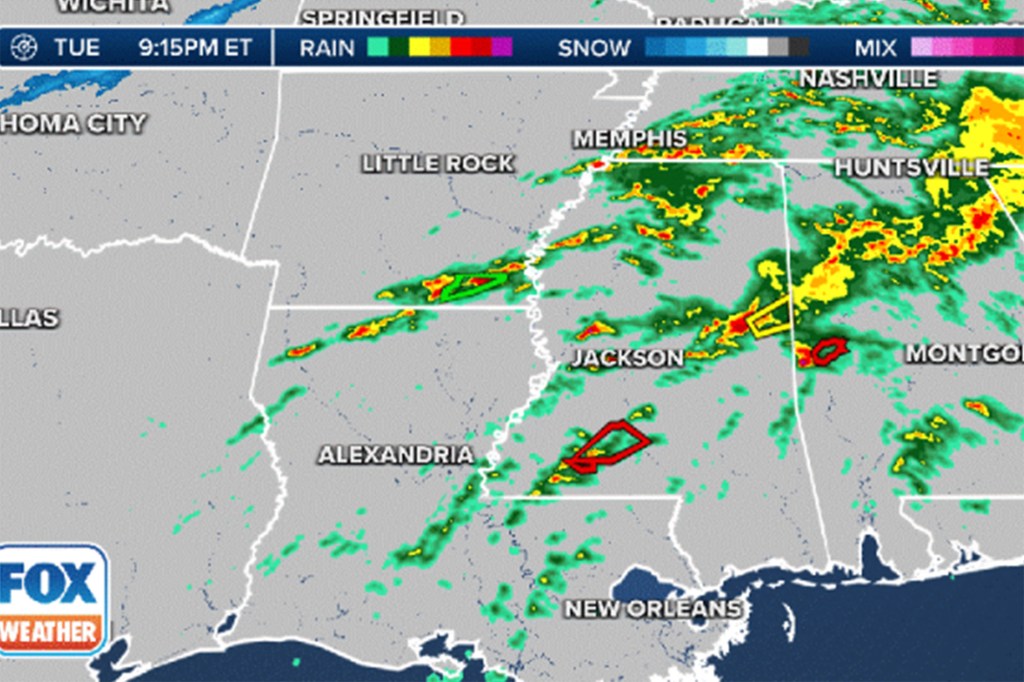 “We’re seeing trees down all throughout that area… homes are seeing severe damage; there was a camper flipped completely on its roof,” Sgt. Dillon Cates with the Choctaw County Sheriff’s Office told FOX Weather. “There was a house in the Sherwoood community that the roof was actually lifted off of the house, twisted 180 degrees and dropped back down on the home.” 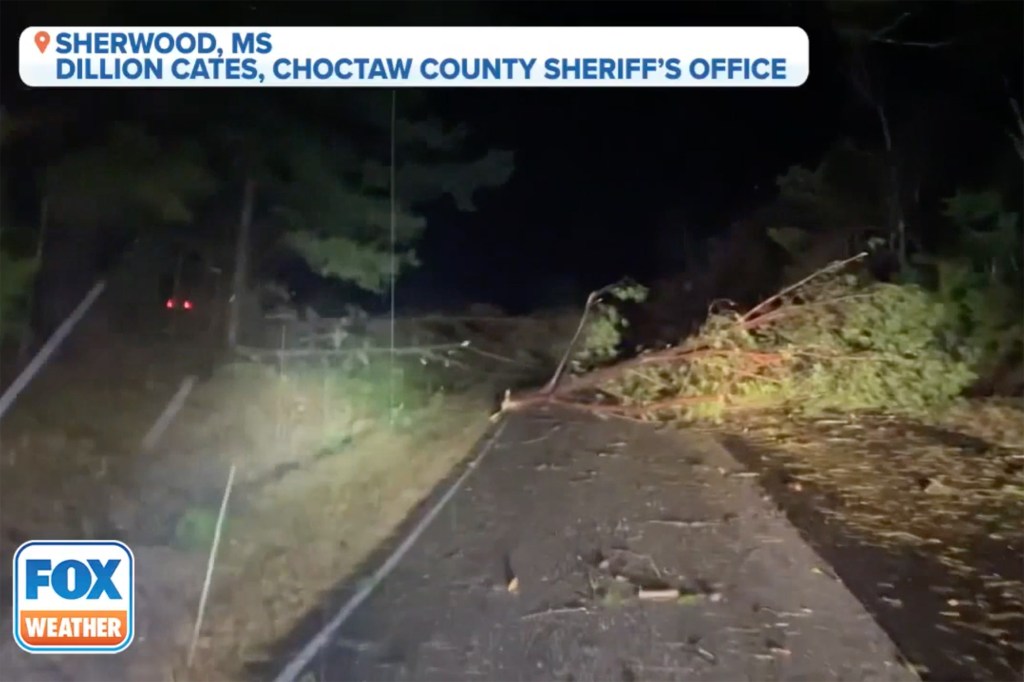 Downed trees, power outages and damages to homes and other buildings have been reported.

“We had a tornado touch down approximately for about a mile…and probably about a quarter-mile wide,” Lawrence County Fire Coordinator Donnie Weeks told FOX Weather. “We had two brick homes that suffered significant roof damage; a couple livestock farms were completely destroyed.”

In Louisiana, a tornado reportedly touched down along Highway 126 near Clarks with structural damage reported. At least two people were injured inside of their homes during the storm, KARV reported.

According to Fox Weather, the lower Mississippi Valley is at the greatest risk of tornadoes, which includes the cities of Greenville, Jackson and Tupelo, with the threat extending from the Gulf of Mexico all the way to the Ohio Valley.

“If you live from Baton Rouge (Louisiana) to Jackson (Mississippi) to Huntsville (Alabama) all the way to Nashville (Tennessee) and pushing down to the Southeast, that’s the area that we’re concerned about for overnight storms,” FOX Weather meteorologist Britta Merwin said. “And again, tornadoes are still possible as we go into the overnight hours.”

Forecasters declared the storm system a “Particularly Dangerous Situation” — the highest level of a tornado watch. Out of 3,058 Tornado Watches issued during the period of 1996-2005, only 7% (216) were PDS watches, according to the outlet.