It wasn’t pretty and it wasn’t easy. But it was enough.

The Nets ground out a 120-116 escape against Atlanta before a sellout crowd of 18,072 at Barclays Center.

It capped a 6-1 homestand — their longest of the season — and kept Brooklyn (15-12) in fourth place in the Eastern Conference at a season-best three games over .500.

They survived a 33 points from superstar Trae Young and another 31 from Hawks deadeye Bogdan Bogdanovic, including a 33-footer in the waning seconds. But Brooklyn’s star duo was just as dominant.

Kevin Durant poured in 34 points, including 18 in the first quarter alone. Kyrie Irving added 33 and a season-high 11 rebounds, albeit with seven turnovers. Though Durant was brilliant early, it was his plays down the stretch in the endgame that decided it. 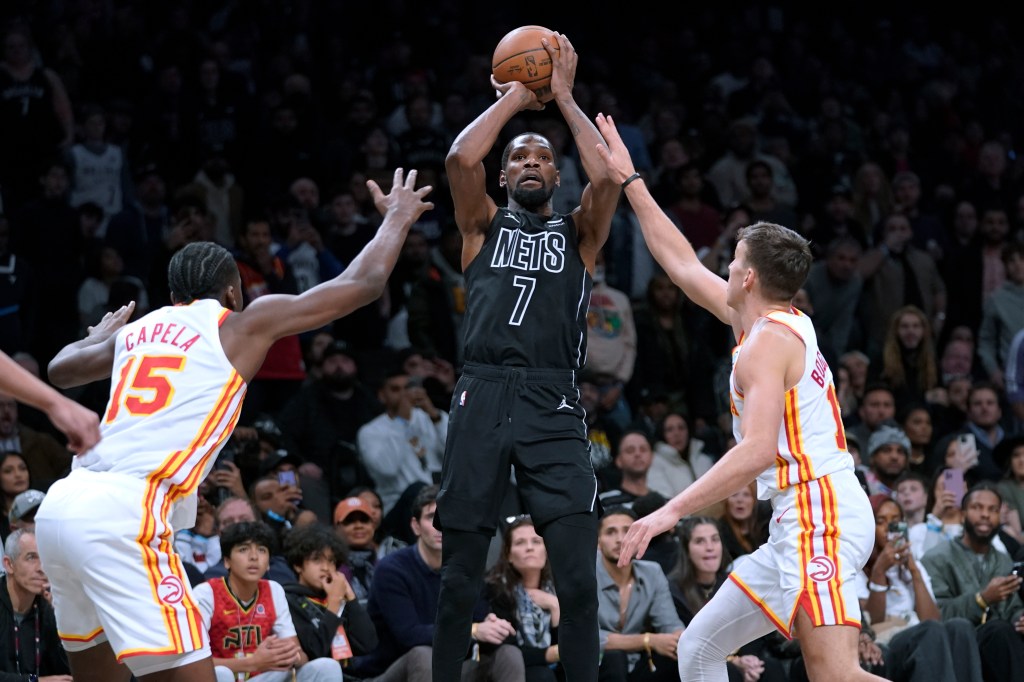 The Nets trailed 109-108 after a Young step back. But Durant hit a go-ahead 3-pointer, then — after a Young miss — found Joe Harris for an acrobatic baseline layup and 113-109 edge with just under three minutes to play.

Then Durant hit a 3-pointer off a Seth Curry kick out that provided the dagger. It gave Brooklyn a 116-111 lead with 1:09 left, and they closed it out at the charity stripe.

The Nets completed a season-long seven-game homestand with a 6-1 mark, winning six by a combined 46 points.

Brooklyn has a penchant for making the easy difficult, witness their blowing a 36-point lead against Toronto last Friday and 23-point cushion against Charlotte in their last game on Wednesday. This one was no different.

They’re comfortable in nailbiters, now 7-2 in single digit games since Jacque Vaughn took over as coach on Nov. 1.

Durant entered the game leading the NBA with 958 minutes played, and logged another 36:12 on Friday. They needed every second of that.

Durant had his highest-scoring opening quarter since April 11, 2010 with Oklahoma City, pouring in 18 points on 9-of-11 shooting to spot Brooklyn to a 36-30 lead. 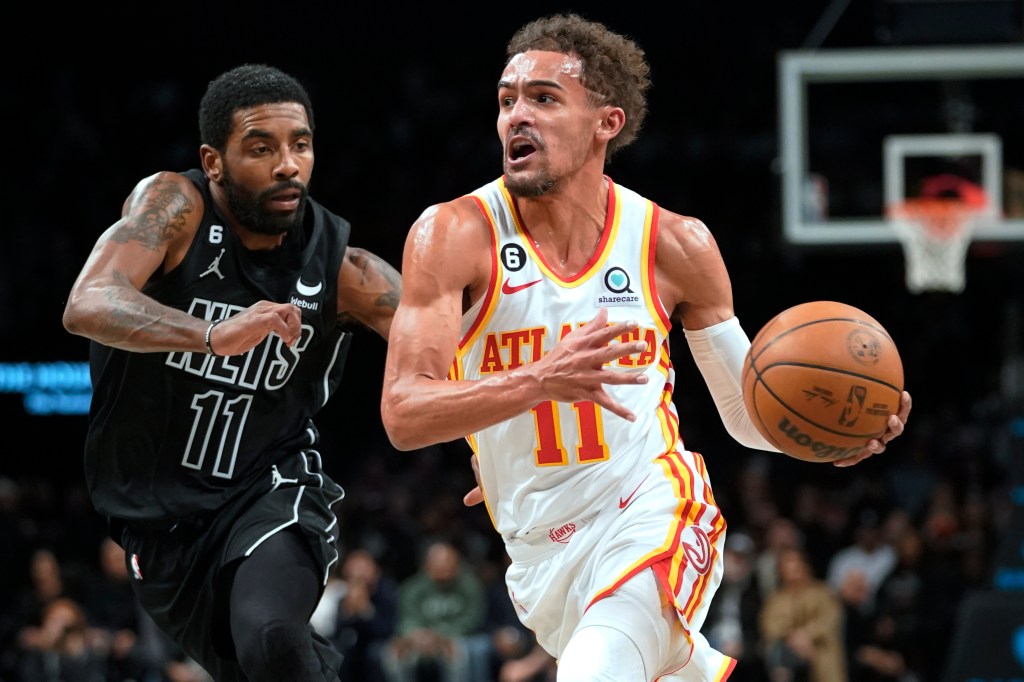 Clinging to a 47-45 edge after a Bogdanovic floater with 7:43 left in the half, Irving went on a one-minute one-man blitz. He personally ran off eight unanswered points, capped by a pullup 3 to give the Nets a 55-45 lead.

It was down to four at the break — despite a first half that saw the Nets shooting a white-hot 65.9 percent — and still 76-72 after Young’s driving floater with 8:49 remaining in the third quarter. 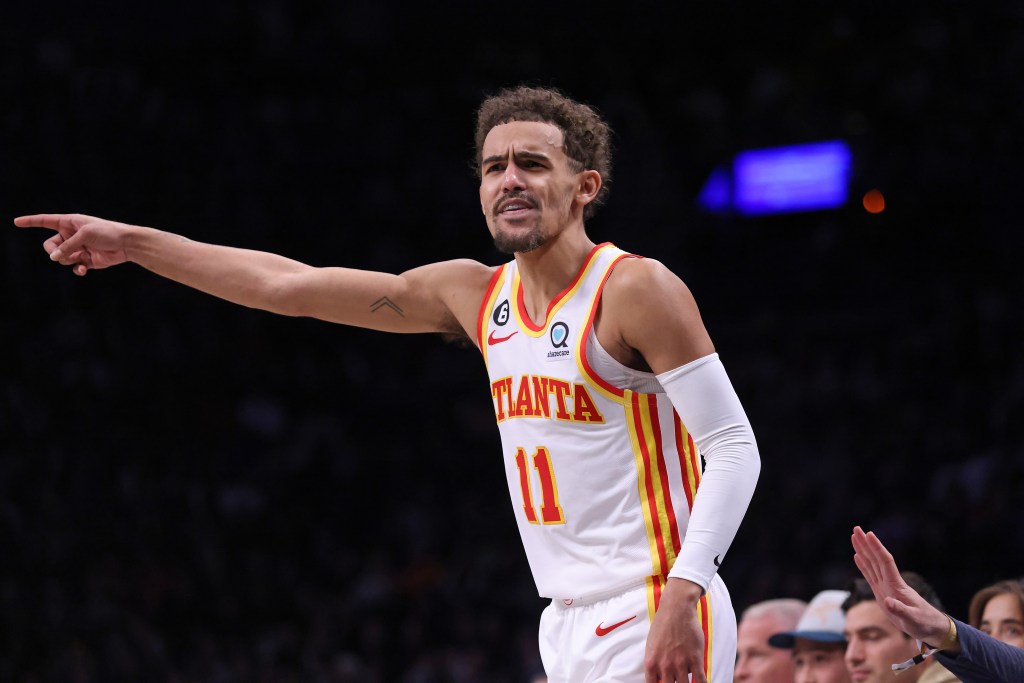 Consecutive 3-pointers by Harris and Irving pushed it to double digits, and another by Royce O’Neale padded it back up to 12 again at 85-73 with 7:28 left in the third.

The Nets coughed up 11 unanswered points, and the lead.

After Warren’s 3 put the Nets up 96-88 with just 40.6 seconds left in the third, they surrendered a run that spanned into the fourth. Bogdanovic’s back-to-back buckets put Atlanta ahead, and Jarrett Culver’s free throws left Brooklyn in a 99-96 hole with 8:53 to play.

They fell behind 109-108 on that Young step back, before Durant took over.