The Nets’ offensive tweaks are going to be a work in progress, but Thursday’s 109-80 preseason loss to Miami wasn’t just about schemes or systems. They came up short in every single aspect, from tactics to toughness.

“I didn’t like anything,” Kevin Durant said succinctly after the beat-down at Barclays Center.

“We were second best in every category,” coach Steve Nash said. “The mentality Miami brought, as we know they play physical, they’re going to get into you, and we allowed them to win that battle. All those little battles: Space, time, poise, screening, not screening, getting cut, no vision, not boxing out, not getting loose balls.

“You can go down the list, but really it starts with the mentality. They showed it and we’ve got to try to match that going forward.”

The Nets didn’t come anywhere close to matching it.

In Monday’s preseason opening loss to Philadelphia, the Nets committed 27 turnovers to give away 33 points. They handed the Heat nearly the same amount on Thursday, with just 16 assists to their 26 gaffes. 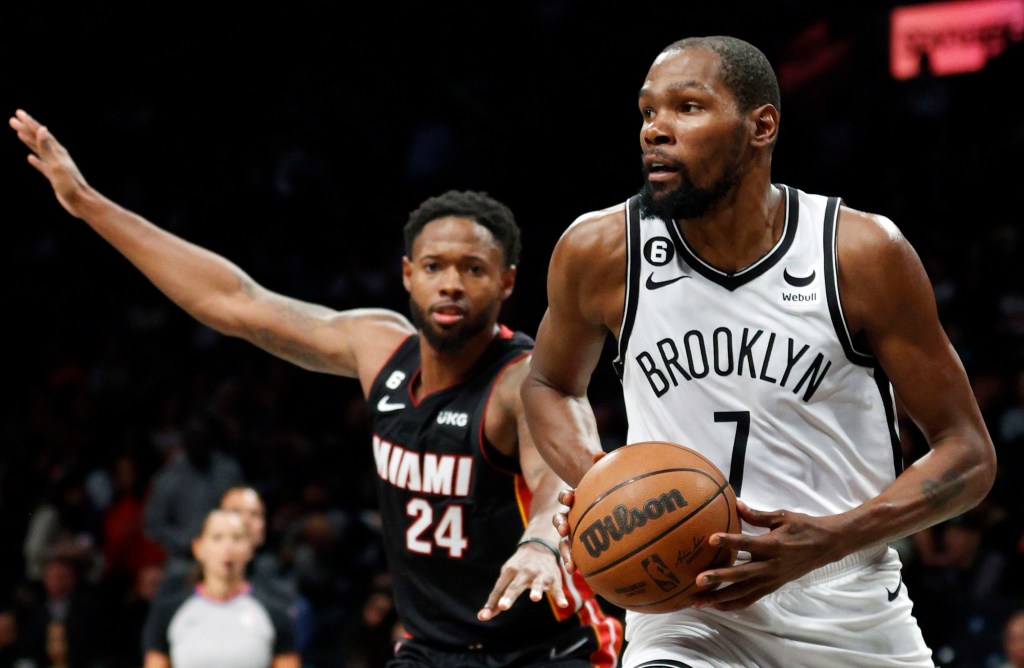 The end result? Their disjointed offense — playing without point guard Kyrie Irving or shooters Joe Harris and Seth Curry — was in abysmal disarray. They shot just 39.2 percent overall and 5-for-28 from deep.

“Definitely we got some good looks and didn’t shoot the ball well. But we didn’t generate enough good looks. I don’t think we were physical enough. I don’t think we had enough poise,” Nash said. “Great night to put together some film and grow from it. And you know, Miami sets a standard and the way they play, the physicality and the attention to detail, that’s what we got to strive for.”

Durant was his typical self, with a game-high 22 points on 8-for-12 shooting. But no other Net was even near double-figures deep into the third quarter.

While the mission has been to cut down on the isolation ball and run more motion, getting that ball movement down could take some time.

Simmons was much more effective as a rebounder than a playmaker on Thursday, finishing with a game-high 10 rebounds but just four assists and four points on 2-for-3 shooting. The Nets acknowledge they want him to be more aggressive driving to the basket, especially against smaller foes. And in just his second game back after missing all of last season, he had six of their turnovers.

“Get them out of the way now. Gotta get them out now. So that’s something I can be conscious of it and fix that I’m not too worried about that. I mean, its just the second game back in like a year,” Simmons said. “Playing also the Miami Heat they have a great foundation defensively. Offensively nothing’s really changed with what they’re doing the last few years. But that’s on us, too. And myself. I can’t be turning the ball over. I’m the point guard, so I’ve got to take responsibility in terms of that. But I’d rather figure out my angles and time the passes now and then in the regular season.” 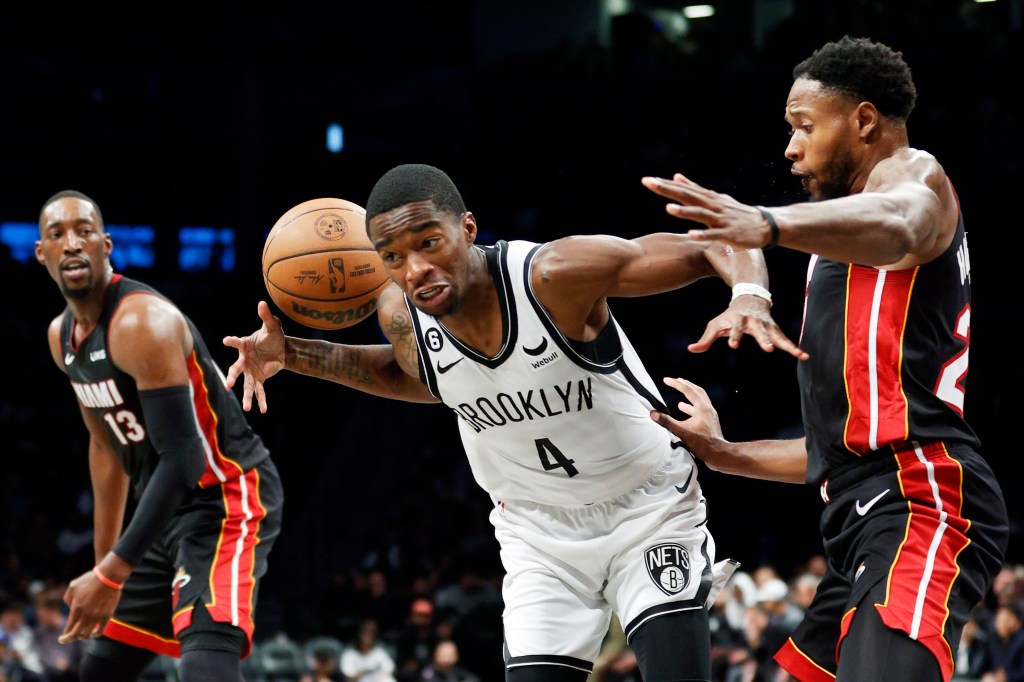 With Patty Mills best suited off the ball and David Duke Jr. inexperienced, the backup point guard role largely fell to Edmond Sumner. After a strong opener, he hustled Thursday but ended up with just four points on 1-for-8 shooting with four fouls in 18 minutes.

Granted, any team with Irving and Durant is going lean on their isolation brilliance; and they even had iso king James Harden for half of last season. But all of last season was a constant shuffling of lineups, from the unvaccinated Irving’s absence to Harden forcing a trade to Harris’ injury.

The excuses are gone now.

“They did a lot of switching,” Durant said. “It’s a disciplined team and they have a structure they’ve been running for decades it feels like. So, guys to plug in know their system on the defensive side of the ball. You can tell they looked at some stuff this morning and they’ve been practicing hard all week. They were on point with their schemes.”

And the Nets weren’t.