Nine years ago, Matt Turner gained viral notoriety for a gaffe against Iona as a walk-on goalkeeper at Fairfield University.

On Saturday, the New Jersey native will lead the United States men’s national team into the World Cup knockout stage against the Netherlands with two shutouts already under his belt after three group-stage matches.

Turner may have taken an unconventional path to Qatar — not playing soccer until he was 14, being lightly recruited by colleges out of Park Ridge, N.J., and walking on at Fairfield, then starting his pro career as a third-string goalie in MLS — but the USMNT’s starting goalie hasn’t surprised those who saw his journey up close early on.

“I think it’s a crazy story, where he started, how late he started as a goalkeeper, the setbacks along the way that he experienced,” Fairfield men’s soccer coach Carl Rees said Thursday in a phone interview. “[But] quite honestly, it’s not crazy to me to see him doing what he’s doing.

“If you get to know him, he’s a mental giant. He’s got the athletic tools and the commitment and the tactical wherewithal now to play at the very top level.” 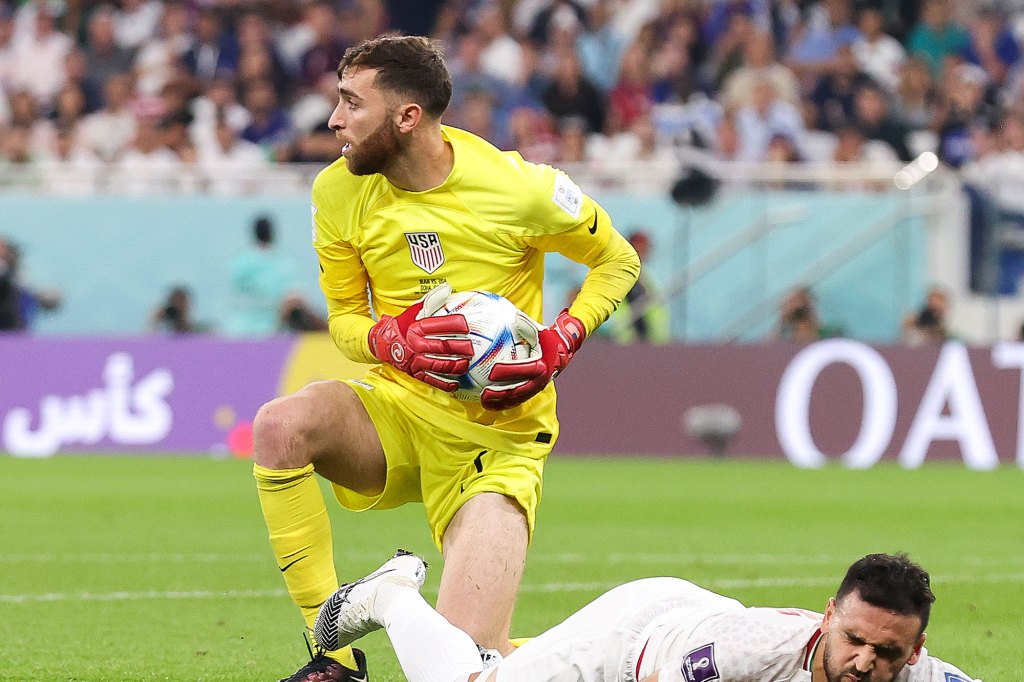 Turner had to tap into that mental toughness in 2013, his sophomore season at Fairfield, when he allowed a goal that landed him on SportsCenter’s “Not Top 10.” An Iona player had struck the crossbar with a deep shot, and after the ball shot straight up into the air, Turner faced the net to catch it when it came down. Except it went through his hands, hit his face and fell into the net for the go-ahead goal.

Instead of letting the play define him, Turner went back to work and then took off. He became Fairfield’s starting goalie for his junior and senior seasons, including leading the nation in shutout percentage by putting up zeroes in 72 percent of the games he played. 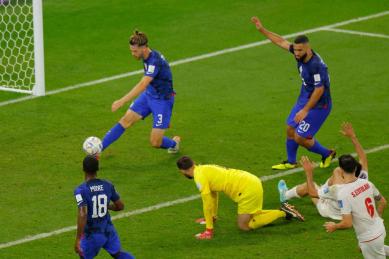 “I think it’s his drive, it’s his commitment to his goals, and his self-belief as well, in spite of the one snafu at Iona, shows the character of the guy,” Rees said. “That’s why I’m not surprised. Ultimately, there’s a lot of good, athletic, shot-stopping goalkeepers, but it’s the mentality and the personality. You see it in the U.S. team as a whole, that collective personality, their bond with each other, their identity. That’s what dictates success. For me, technique and tactics and the athleticism, that’s one thing. But without that component of self-belief and drive, a lot of players don’t maximize their potential.”

Adams, who has stood out for his all-around play through three games, is a product of the New York Red Bulls Academy, working his way up to make his MLS debut in 2016.

Turner also landed in MLS in 2016 as an undrafted free agent after leaving Fairfield, with Rees recommending him to the New England Revolution. He went from a third-stringer to the MLS Goalkeeper of the Year in 2021, putting him squarely on the radar for Arsenal to sign him earlier this year.

Now, after winning the starting job for Berhalter’s team, he has allowed just one goal in three World Cup matches. 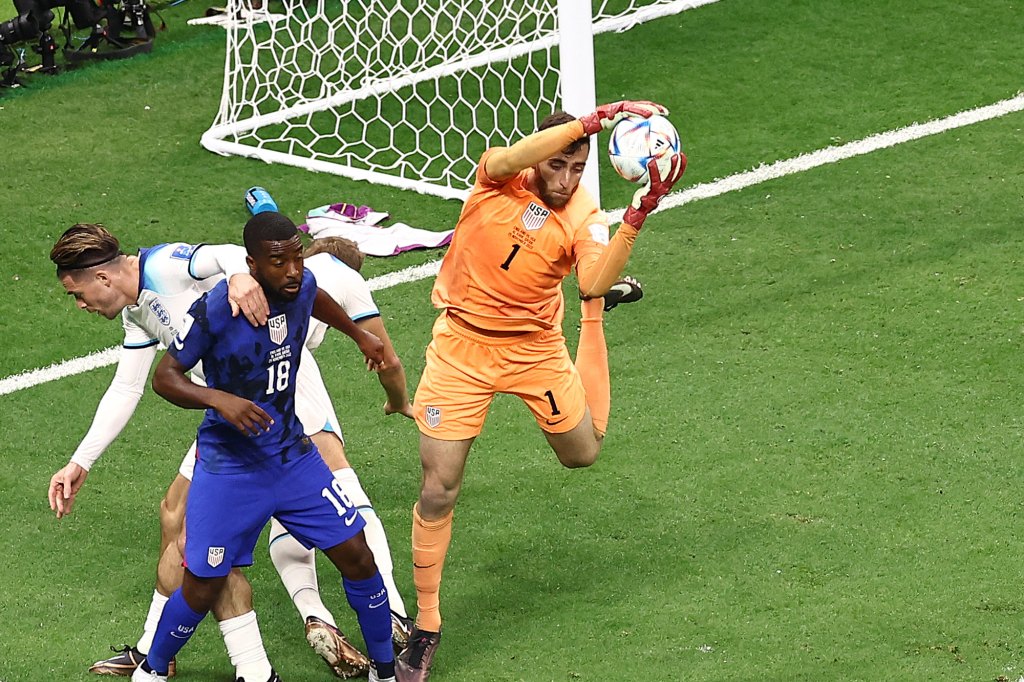 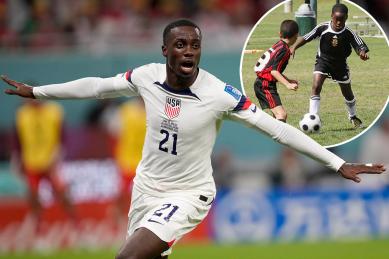 “It’s a blend of happiness that Matt is there on the world stage and it’s pretty nerve-wracking,” Rees said of his viewing experience. “I have a young son who’s only four, but I can imagine what his parents are going through. But I have confidence in him. It’s great for our program, it’s great for the national team and he keeps coming through. Long may it continue.”

Tyler Adams: The youngest captain at this World Cup, at the age of 23, hails from Wappingers Falls in the Hudson Valley. He came up through the New York Red Bulls Academy, making his senior team debut in 2016. Adams joined Leeds United in the Premier League this summer.

Tim Weah: The son of Liberian president and former soccer star George Weah, Tim was born in Brooklyn and grew up splitting time between New York and Florida. The 22-year-old scored Team USA’s first goal of the World Cup against England.

Gio Reyna: The Bedford, N.Y., product entered the World Cup with some nagging injuries, which have left him only seeing eight minutes of action (against England) off the bench — despite growing calls for the forward to spark the offense-needy team. The 19-year-old son of soccer Hall of Famer Claudio Reyna played for NYCFC’s academy before joining Borussia Dortmund.

Brenden Aaronson: A teammate of Adams’ on Leeds United, the 22-year-old Aaronson is from Medford, N.J. The midfielder has entered as a sub in all three games, bringing fresh legs and quickness off the bench.