The sheds are coming out ahead.

A New York court ruled on Tuesday in favor of the outdoor dining structures lining Big Apple streets, dismissing a lawsuit and paving the way for the pandemic-era fixtures to become a permanent part of city life. Restaurant owners cheered the decision, but it left a bad taste in the mouths of some local residents, who see the structures as a haven for rats, trash and crime.

“It makes me sick to my stomach to think about what happens in those structures after-hours. I can’t believe people agree to eat in Carbone’s patio area [next to the trash]. It is completely disgusting,” Alexandra, a 31-year-old who works in Midtown, told The Post.

Alexandra, who declined to give her last name, was initially keen on outdoor dining during the early days of the pandemic, but after dining al fresco while cockroaches scuttled past her feet at one downtown restaurant, she’d had enough. 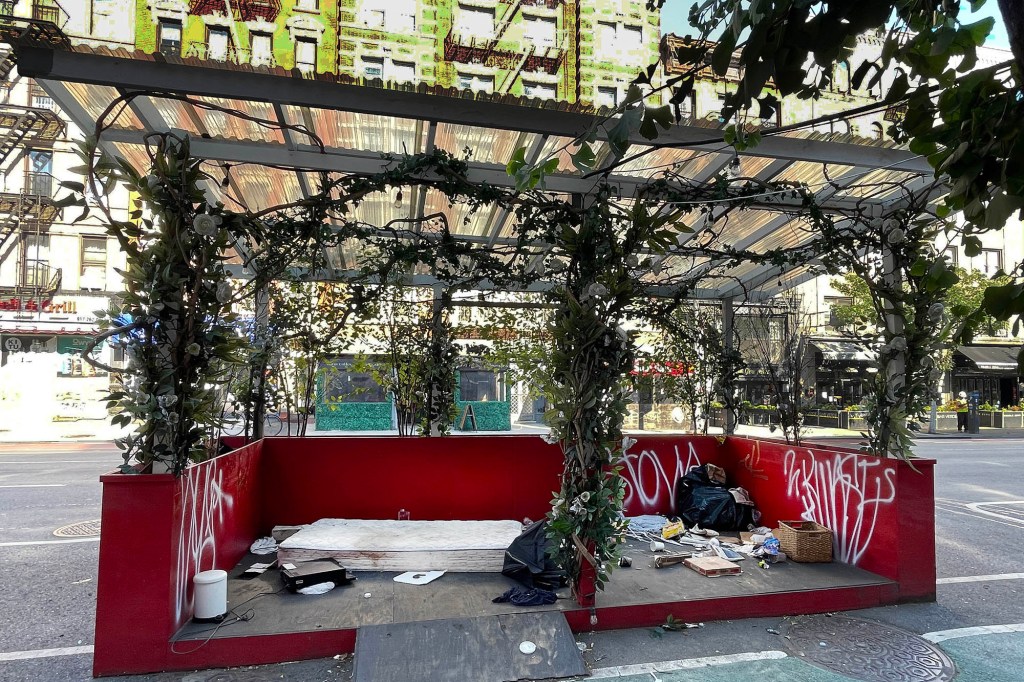 “It was a glimmer of hope for this once thriving city,” she said of the Open Restaurants Program, which was launched in 2020 to keep diners safe and restaurants afloat. “At first, I was all about it — pretending I was in Europe for the off-season eating underneath heaters, but as time went on, I was surprised that no standardized regulations had been put into place.”

The ruling, handed down by New York State Supreme Court’s Appellate Division, allows the program, which now includes more than 12,500 city restaurants, to carry on with plans to finalize design and operational standards for the soon-to-be permanent outdoor dining dens. The community lawsuit dismissed on Tuesday tried — and failed — to stop that from happening. Mayor Eric Adams is an avid supporter of outdoor dining, though he’s acknowledged the need to modify some locations that have become a hazard.

Some New Yorkers were outraged by the Department of City Planning’s rah-rah response to Tuesday’s ruling.

“It’s now full-speed ahead for putting into place permanent design rules to keep this great program thriving for New Yorkers. The future of outdoor dining is looking bright,” read a tweet from the department’s account.

Who is fighting for resident New Yorkers?! This isn’t right. These sheds are an eyesore to the city. They’re not regulated, and many restaurants abuse it: they have indoor, sidewalk and street tables. How can we appeal?!!

How are the restaurants going to keep panhandlers and addicts begging for spare change away?

“Who is fighting for resident New Yorkers?!” one person responded. “This isn’t right. These sheds are an eyesore to the city. They’re not regulated, and many restaurants abuse it: they have indoor, sidewalk and street tables. How can we appeal?!!”

Another user griped: “How are the restaurants going to keep panhandlers and addicts begging for spare change away?”

While many restaurant owners have seen outdoor dining as a saving grace to their businesses after city-wide shutdowns that devoured bottom lines, some say that owners should do their part to maintain the outdoor dining sheds and safely secure them.

“There are people who don’t do it right, and [the sheds] can become dangerous,” said Mathias Van Leyden, owner of Loulou Petit Bistro & Speakeasy on Eighth Avenue in Chelsea. Van Leyden has invested thousands of dollars in securing his outdoor dining structures that are fully enclosed, cleaned twice per day and locked at night. 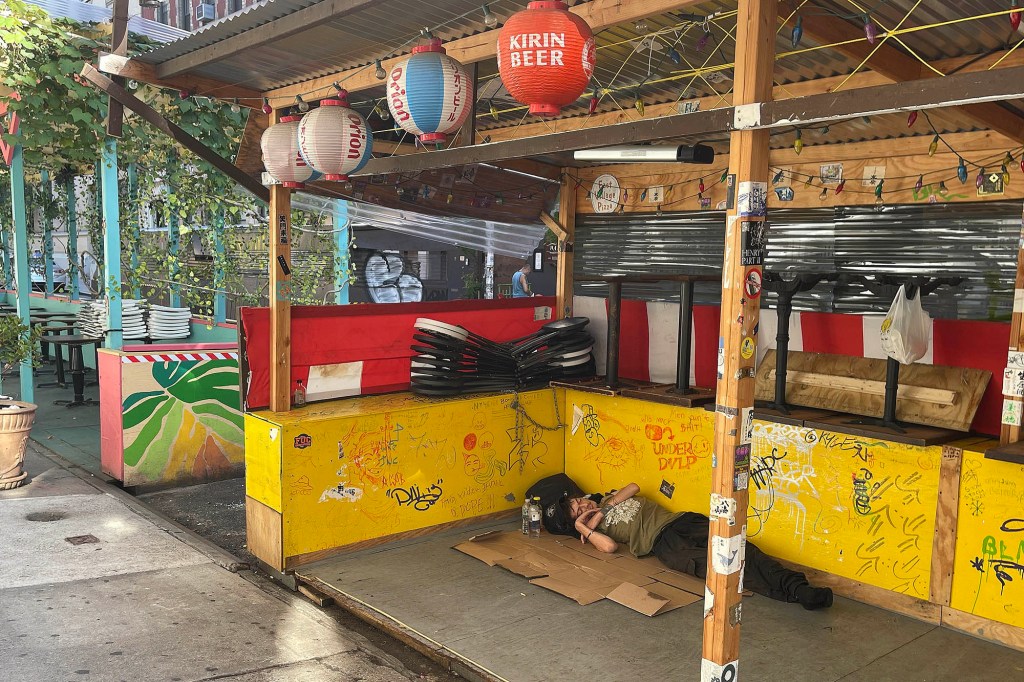 Van Leyden had to rebuild his 65-seat outdoor dining area last year after an arsonist set fire to the structure. He said the ample seating for diners has been vital to his business, which suffered major losses over the pandemic.

“After having two very difficult years, this [outdoor space] is a real blessing to have. We want to do it right,” he said, noting that he does take issue with dining sheds that are left dirty and unregulated.

“There should be rules. Why would you not spend a little more money to make more money? Customers enjoying being in a space that’s pleasant, beautiful and clean,” he said.

A spokesperson for Coalition United for Equitable Urban Policy, known as CUEUP, which was behind the defeated lawsuit, told The Post that the organization isn’t done fighting.

“We’re still in the game. That decision left the door wide open. And we’re going to come back. What bugs me here is there are people tweeting saying the case has been dismissed,” Leslie Clark, a West Village resident who is an organizer with CUEUP told The Post.

“We lost on [a] technicality,” she said. “As soon as [the city] tries to implement this program, we’re back in court. These impacts on our communities are terrible.”