Sterling Shepard was supposed to be at home.

But when the injured Giants receiver heard on Wednesday morning that Nick Gates was going to be suited up at practice for the first time since he shattered his lower left leg in Week 2 last season at Washington, he changed his plans.

“That’s the only reason why I stayed for practice today,’’ Shepard told The Post. “I wasn’t going to miss his first day back. I was going to go home and do some more training and when I heard he was coming back to practice today, I was like, ‘I’m staying for this.’ ’’

This is what Gates, a 26-year-old center, means to the Giants locker room. Before he was injured, Gates was one of the heartbeats of the team. And since the injury, his teammates have watched him work tirelessly to return — mostly in the solitude of the trainer’s room.

Giants head coach Brian Daboll wasn’t around for Gates’ injury, but he’s tuned in enough with his players to know what Gates means to them. That’s why he called on Gates to “break down’’ the team after its pre-practice walk-through on Wednesday.

Gates hadn’t played or practiced since Sept. 16, 2021, when he fractured the fibula and tibia in his left leg in Washington, injuries that required seven surgeries to mend.

He began the season on the reserve/physically unable to perform list, and this week he passed his physical to return to practice. He can practice for up to 21 days before the Giants must decide to activate Gates or place him back on PUP for the remainder of the season. 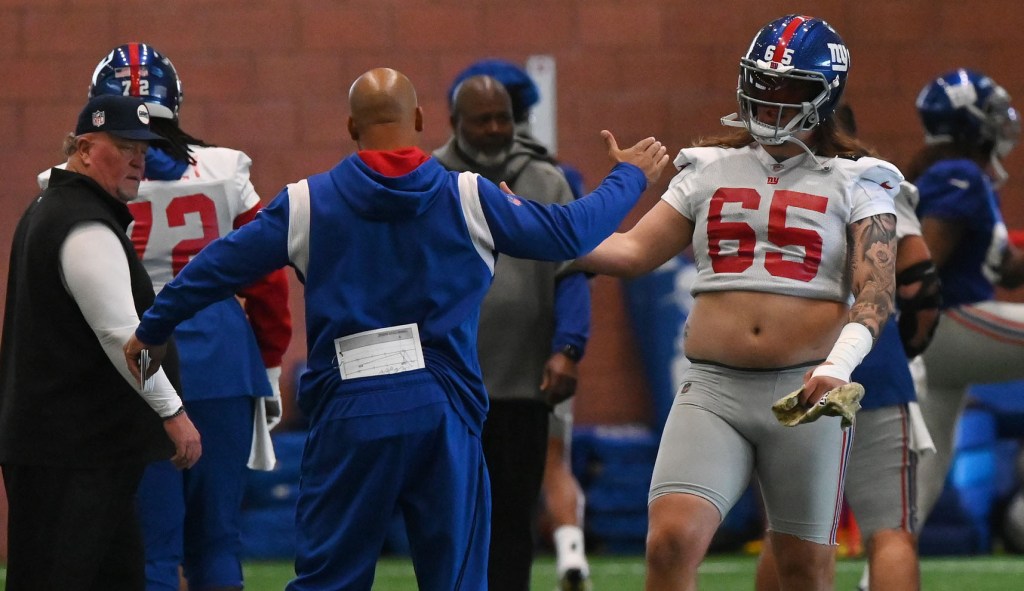 “Much respect to really anybody that comes back from injuries, but his injuries were significant,’’ Daboll said. “All the surgeries and he’s had nothing but a positive mindset since he’s been here. The guys were hooting and hollering when he was breaking them down. You root for guys like that.’’

Gates spoke humbly in front of his locker, simply hoping he shows Daboll and the coaches enough that they eventually activate him to the playing roster so he can help the team on the field.

“I’m just trying to make the team, basically,’’ he said. “I’m putting my best foot forward the next three weeks and give them any reason not to be able to cut me. It’s 21 days until they have to make a decision about what they want to do with me.’’

Gates said the coaches “gave me four plays of team [drills], which is about half our team reps, and then I did all of [individual drills] and I did everything else everybody else did.’’

Many wondered if he’d ever get back out there at all. The injury was so gruesome that NFL Network, which was broadcasting the game, opted not to show replays of it.

“With those type of injuries, you never know if somebody’s going to come back and be able to play again,’’ Shepard said.

“Not a whole lot of guys make it back from that,’’ quarterback Daniel Jones told The Post. “Having him out there today breaking us down was really cool.’’

Guard Ben Bredeson was moved by Daboll having Gates break down the team after the walkthrough.

“It was one of those bigger-than-football moments,’’ Bredeson told The Post. “When the injury happened, I didn’t know how bad it was or what the recovery time was. I just knew Nick was not going to quit.’’ 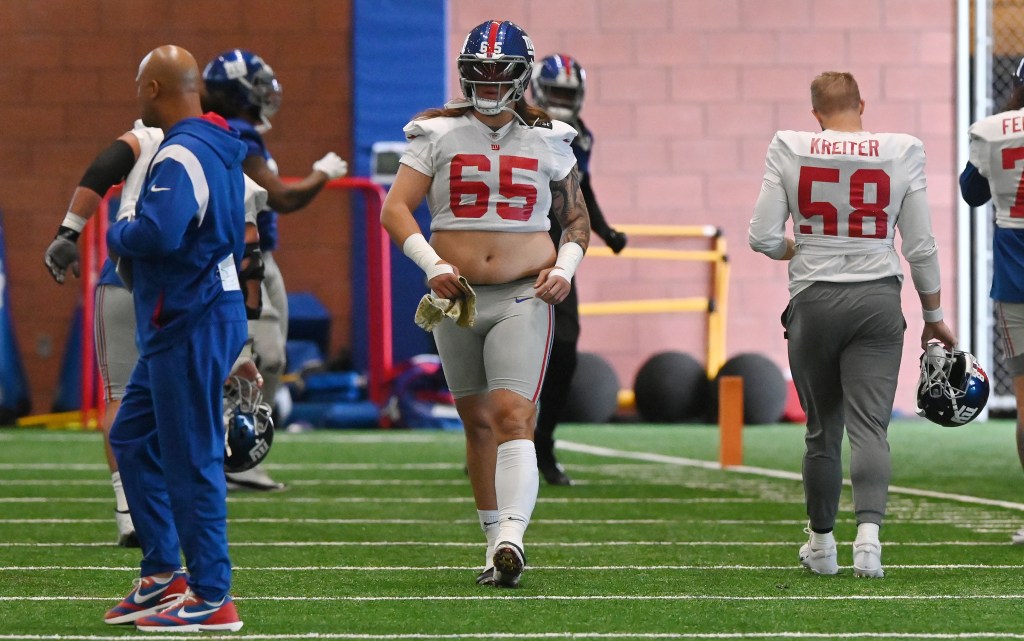 “It’s inspirational to see after what he went through,’’ left tackle Andrew Thomas told The Post.

“I unfortunately saw his injury too much on film, because we played Washington the following week,’’ said Giants starting center Jon Feliciano, who played for the Bills last season. “Unfortunately, that play came up a few times on tape and it’s not one you want to see. It’s a credit to him as a man to go through that. I can only imagine the mental struggles that he’s been through.’’

Gates conceded that there were times when the emotional struggle pushed him to make visits to the team psychologist. He said he “definitely’’ had thoughts in his mind about whether it was worth coming back.

“It definitely gets a little lonely,’’ Gates said. “All the guys in the locker room have my back. They tried to include me as much as they could, but it was a roller coaster of emotions, I’m not going to lie.’’

What kept him going?

“I just wanted to play football again,’’ he said. “I don’t know how else to explain it. What other job lets you hit people and basically do whatever you want? It’s a fun time.’’