New York City says 3-K is here to stay — but may not add the seats considered necessary to expand the program to every family who wants it.

The city doubled down on Friday that officials are not “backing away” from their commitment to free universal preschool for 3-year-olds.

But Department of Education staffers told The Post that the future growth of the program is uncertain, claiming the agency’s Division of Early Childhood Education has fallen to the wayside under the current administration.

“I want to assure New York City families that this is absolutely not the case,” wrote Schools Chancellor David Banks in a Letter to the Editor in The New York Times on Friday.

The public letter came a week after the outlet published a story about Mayor Eric Adams retreating from an expansion of the popular 3-K for All — started under former Mayor Bill de Blasio and reliant on federal stimulus drying up following the pandemic.

Spokesperson Nathaniel Styer said on Friday that the agency is not committing to meeting de Blasio’s goal of 60,000 3-K seats — the number the prior administration estimated last year as necessary to be “universal.” 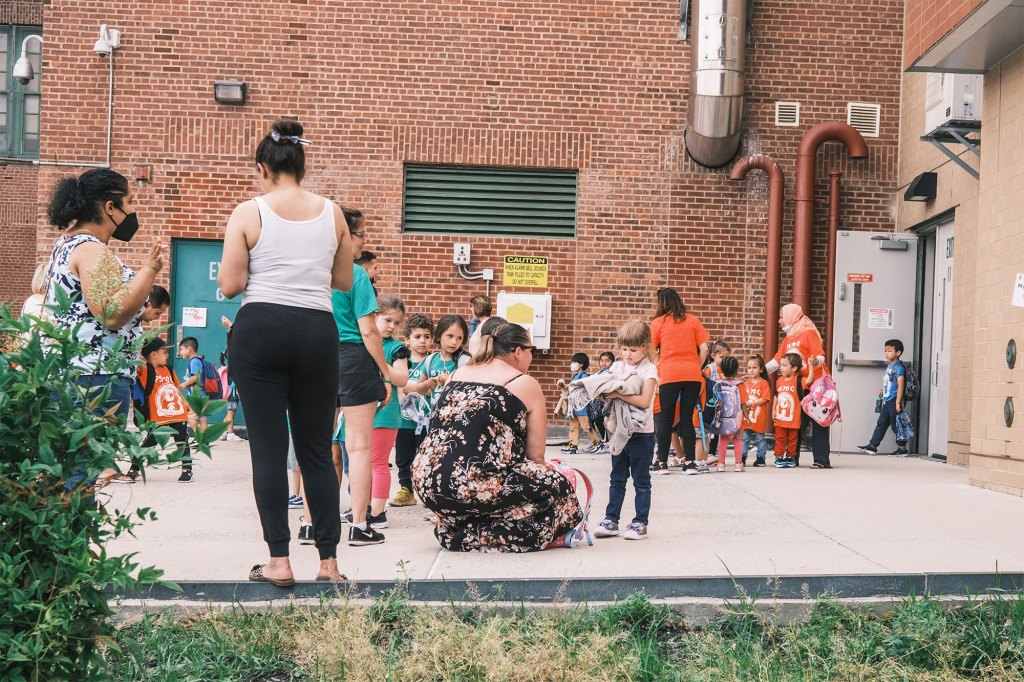 “That number was generated years ago, and demand has shifted since then,” Styer told The Post.

The DOE did not have a more recent figure of how many seats it needs to serve all families who want the program.

Officials have also repeatedly cited challenges with long-term funding for the program, which was built using COVID aid set to expire in a couple of years.

“We all agree that we must find a long-term funding source for the 3-K program,” said Banks in the Times letter.

“We’re committed to doing that — to ensure that 3-K is here to stay and that we’re able to provide a full range of great early childhood programs to all our families,” he added.

Instead, the administration is focused on shuffling seats among neighborhoods — so that programs are available where families are seeking them out the most.

The city offered 46,000 3-K seats last school year, and filled roughly 83% of them, according to the DOE. The agency rolled out another 8,000 seats this year in areas that needed more capacity.

De Blasio quietly threw his support last week behind a social media post blasting Adams’ approach. It was the first series of tweets liked by the former mayor since July, when he ended his congressional campaign. 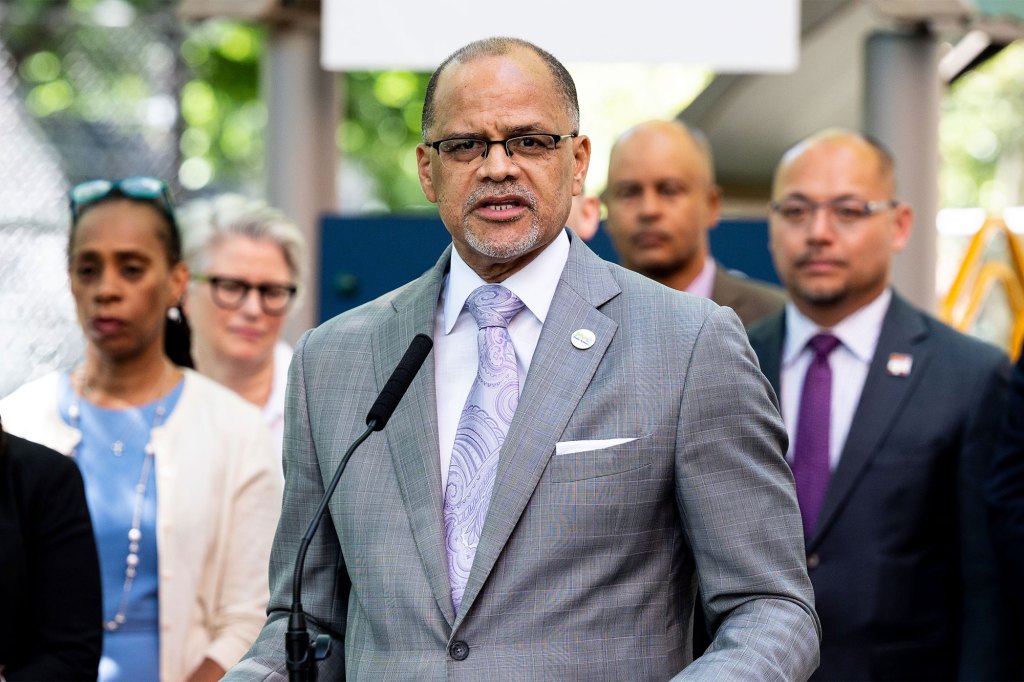 “We can’t take away the universal component,” read part of a Twitter thread liked by de Blasio. “Saying there are open seats in certain neighborhoods (per current admin) does NOT mean there isn’t demand.”

A rep for de Blasio did not return The Post’s inquiry on Friday.

The Times letter sparked some doubts on Friday from DOE staffers who worried early childhood is not a priority for the current administration.

One former central staffer — who resigned from from the Division of Early Childhood Education in frustration this month with no full-time job lined up — told The Post there was a steady exodus of employees, sowing confusion in who’s reporting to whom.

The staffer added the staff had been waiting for an organization chart for months, while a problem with the budget and sparse finance team meant they were unable to spend money on most non-personnel costs since July. 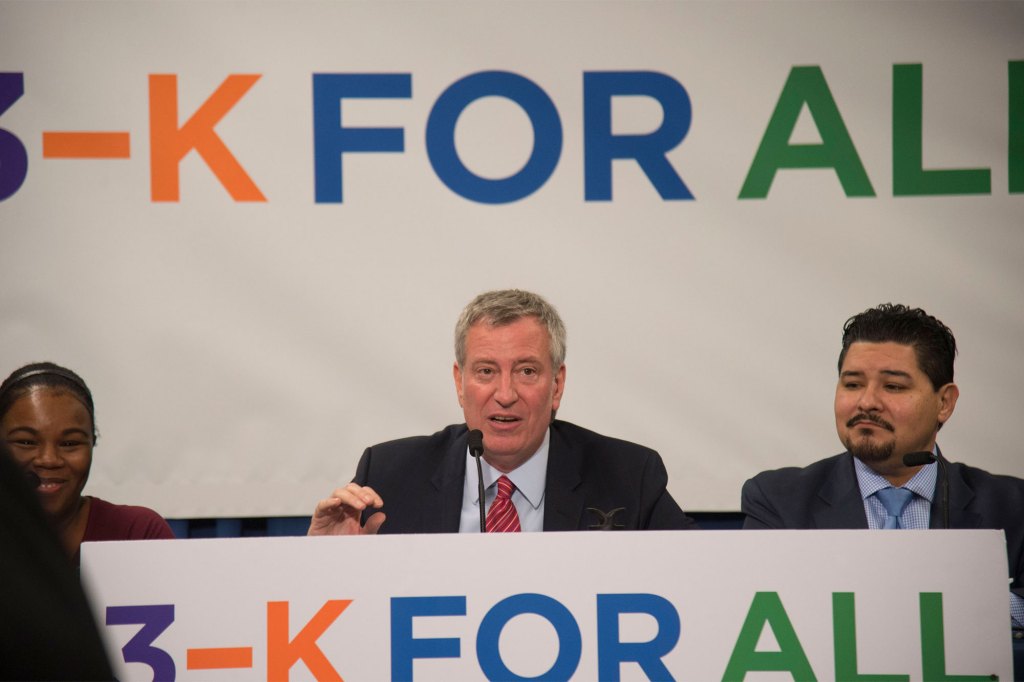 “Early childhood expansion, and making a stand that it is for every child — high quality for every child — I think is a major thing we did in New York City,” said the whistleblower. “It’s upsetting to me that we’d let people come in and just gut it.”

“I think the quality will go down for what our children are experiencing, because ultimately we are not functioning. We are a mess at central,” she added.

Humberto Cruz-Chavarria, another former central staffer who oversaw multilingual 3-K and pre-K programs until his resignation this summer, suggested his programs were put on the back-burner in his final months under a category considered “special projects.”

“We have to think about the crisis for parents,” said Cruz-Chavarria. “What are parents going to do if they don’t have access to universal services?”

“It seems like the work is dismantling what was built in the previous administration,” he added.

The DOE, however, said the number of employees leaving the division is normal, given broader workforce and administration transitions.

The Post previously reported that the city owes contracted programs millions of dollars in reimbursements from last school year — a delay putting thousands of families “at grave risk” of losing services.

Andrea Bocelli has 19 concerts left on his tour. We found tickets for $66.

Potatoes could hold a ‘powerful’ new treatment for cancer: study

Ex-palace staffers ‘seething with rage’ over ‘lies’ in ‘Harry & Meghan’: ‘It’s all a game for her’

Australia, US to Reinforce Defense Ties with Japan

Best gifts for sisters in 2022: 47 ideas your sis will love for Christmas