The NYPD was “blindsided” by Mayor Eric Adams’ announcement that cops will start taking unhinged homeless people into custody for psychiatric evaluations and potential hospital committal — and scrambled Wednesday to start making it happen, The Post has learned.

The source, who described the NYPD as “blindsided,” also said that City Hall “sort of jumped the gun on this,” adding: “Not sure why they did it.”

Another source said, “Like everything else, it gets dumped in our lap and we’re expected to solve the problem without any guidance.”

The situation is complicated by the fact that NYPD is without a deputy chief for legal matters following what sources described as Sewell’s September ouster of the last person to hold that job, Ernest Hart.

Asked about Sewell’s glaring absence Tuesday, the mayor said during a Q&A afterward, “I spoke to her this morning and she’s a little under the weather.”

But less than two hours later, Sewell attended a farewell ceremony at 1 Police Plaza for retiring Chief of Department Ken Corey and The Post saw her outside afterward, smiling and joking in the cold while waiting for Corey to leave the building.

In his speech, Adams said there was a “misconception” that mentally ill people “must present as ‘imminently dangerous’ in order to be removed from the community,” adding: “This is not the case.” 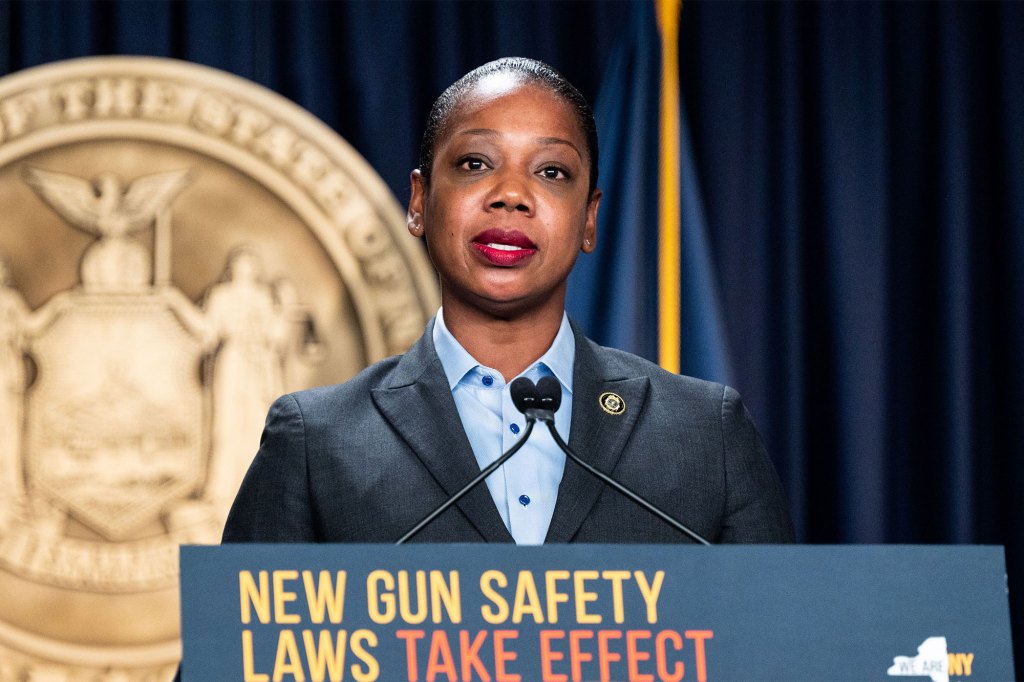 “The first training to this is going to be incorporated today,” Adams said. “This new focus took place this morning and we will soon roll it out to all current members of the mobile crisis teams and the NYPD.”

Several NYPD supervisors told The Post they hadn’t been told anything about the training and only learned about it from media coverage of Adams’ Tuesday speech.

The mayor’s remarks dovetailed with a February memo in which the state Office of Mental Health said law enforcement officials were authorized to force psychiatric examinations of people who appear unable to “meet basic living needs, even when there is no recent dangerous act.”

A spokesperson for the state OMH said Wednesday that training for the NYPD, as well as FDNY EMTs, was “being discussed” with the city Department of Health and Mental Hygiene, and the mayor’s office. 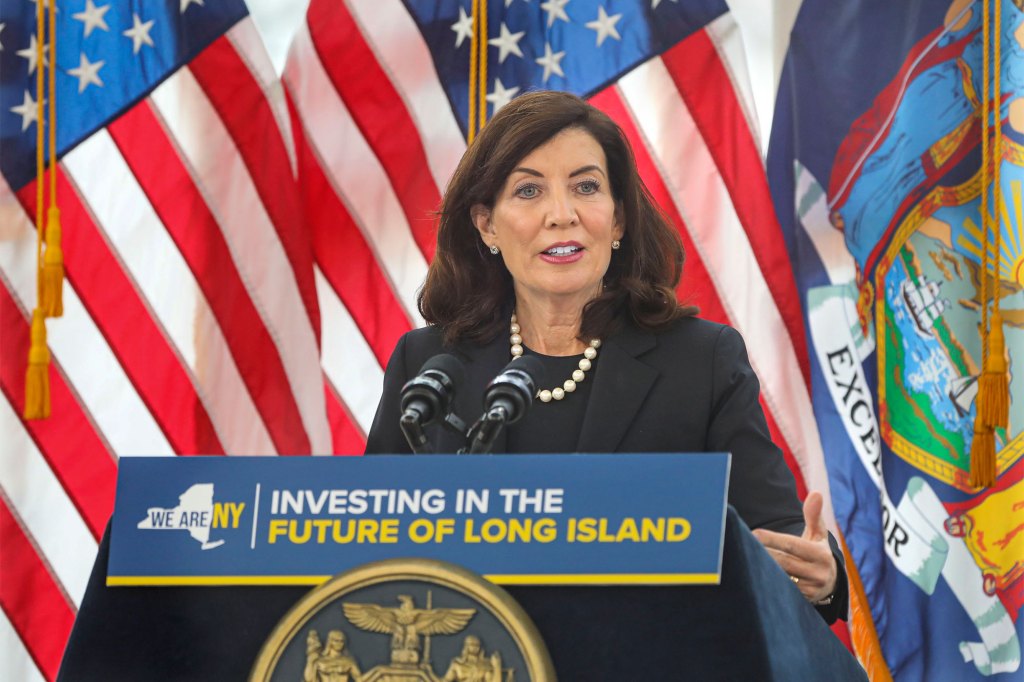 That move came as Republican challenger Lee Zeldin appeared to be gaining on the Democratic governor, who went on to win the Nov. 8 election, 52.4%-46.7%.

In a prepared statement Wednesday, the NYPD said it was “currently in the process of aligning its policy, guidance and training in conformance with the mayor’s directive which the department received on Tuesday.”

The department issued a subsequent statement hours later that said, “To be clear, every city agency received this directive yesterday, however, we have been working with the mayor’s office for months regarding this important initiative.”

Around the same time the second statement was released, City Hall press secretary Fabien Levy told The Post: “Your sources are wrong.”

“The final directive was just issued yesterday, but we have been working for months with [the NYPD] on this initiative.”