Talk about a cash grab.

A mysterious flurry of money flew across an Ohio highway Tuesday afternoon and drivers caused traffic jams as they attempted to snatch as many bills as they could, WHIO TV reported.

Chaotic Ohio Department of Transportation video shows drivers pulling over on I-71 in New Lebanon as bills scatter across the lanes.

One driver can be seen driving with their door open and hand outstretched. 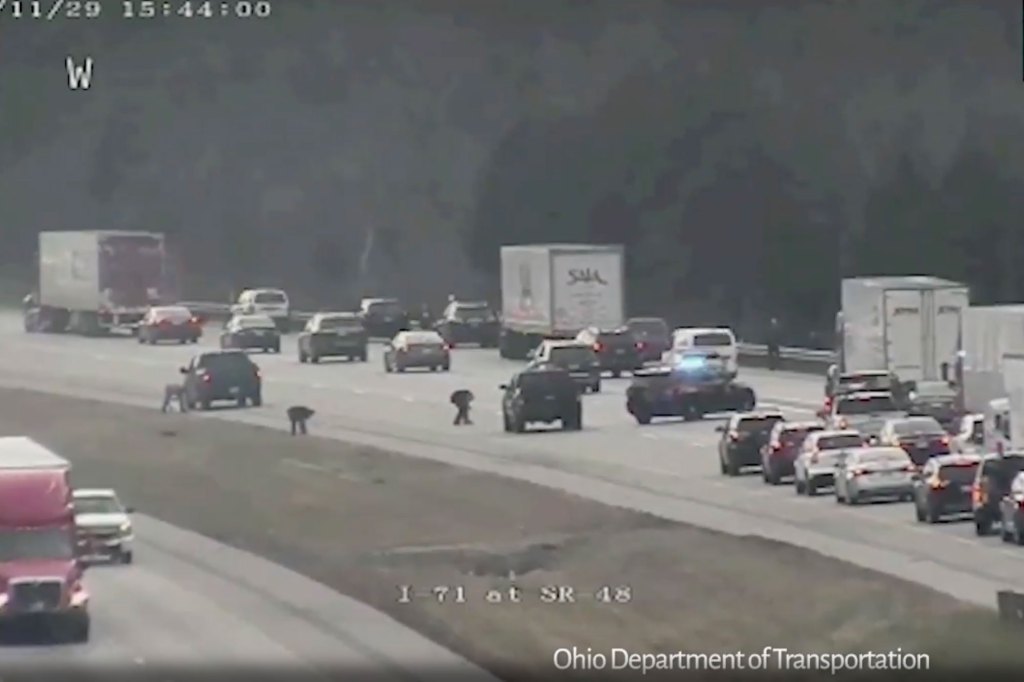 Even two officers directing traffic can be seen reaching down and plucking some bills of their own.

The Warren County Sheriff’s Office is investigating whether the money is real or counterfeit and how it ended up on the roadway. Dispatchers told WHIO that the department received reports of a backpack full of cash being thrown from a vehicle.

A sergeant said that the department has not received reports of nearby companies missing money.