Rosa Parks, a 42-year-old African American seamstress and local activist, refused to give up her seat to a White passenger on a Montgomery, Alabama public bus on this day in history, Dec. 1, 1955.

"The only tired I was, was tired of giving in," Parks said of her decision to challenge local authority.

Black bus riders were required to sit in the back of the bus, and to also give up those seats to White riders if the front seats were filled, under local Montgomery ordinance.

ON THIS DAY IN HISTORY, NOV. 30, 1874, INDOMITABLE BRITISH STATESMAN AND WWII HERO WINSTON CHURCHILL IS BORN

Rosa Parks' quiet yet heroic act of defiance, in the spirit upon which the nation was founded, landed her in jail — she was soon released on $100 bond — but ignited the civil rights movement.

The firestorm of action and attention that followed her one-woman protest reshaped American history. 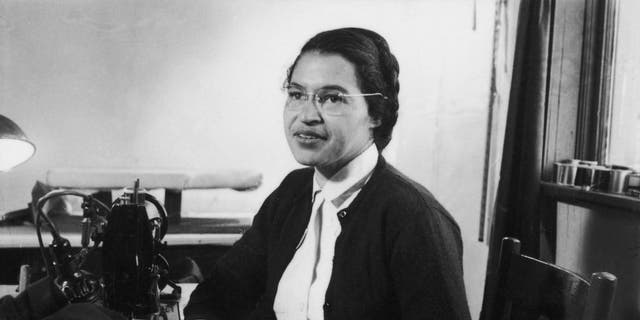 American civil rights activist Rosa Parks poses as she works as a seamstress, shortly after the beginning of the Montgomery bus boycott, in Montgomery, Alabama, February 1956.    (Don Cravens/Getty Images)

"After the arrest of Rosa Parks, Black people of Montgomery and sympathizers of other races organized and promoted a boycott of the city bus line that lasted 381 days," writes the Rosa and Raymond Parks Institute for Self Development.

ROSA PARKS: WHAT TO KNOW ABOUT THE ‘MOTHER OF THE CIVIL RIGHTS MOVEMENT’

"Contingent with the protest in Montgomery, others took shape throughout the south and the country. They took form as sit-ins, eat-ins, swim-ins, and similar causes. Thousands of courageous people joined the ‘protest’ to demand equal rights for all people."

"The only tired I was, was tired of giving in." — Rosa Parks

Parks had won an early victory. But the march for equality had only just begun. 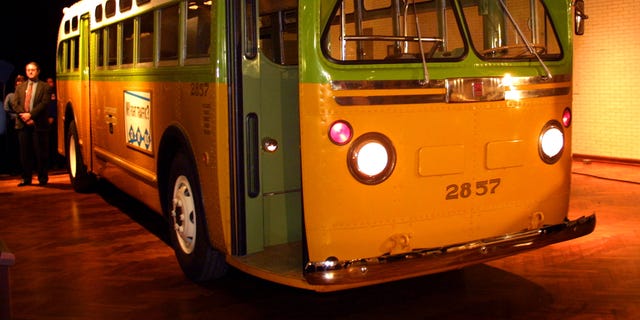 The Montgomery, Alabama, bus where Rosa Parks refused to give up her seat to a White man is on permanent display at the Henry Ford Museum in Dearborn, Michigan. The bus, once decrepit after sitting in a Montgomery field for 30 years, was restored to the way it looked on Dec. 1, 1955, when Parks made her defiant stand.  (Bill Pugliano/Getty Images)

"The Montgomery Improvement Association (MIA) was formed on 5 December 1955 by Black ministers and community leaders in Montgomery," writes The Martin Luther King Jr. Research and Education Institute at Stanford University.

"Under the leadership of [King] the MIA was instrumental in guiding the Montgomery bus boycott, a successful campaign that focused national attention on racial segregation in the South and catapulted King into the national spotlight. In his memoir, King concluded that as a result of the protest ‘the Negro citizen in Montgomery is respected in a way that he never was before.’"

The charismatic King emerged as the inspirational voice of the wider civil rights movement that grew out of the Montgomery bus boycott.

He cited the very words of the Founding Fathers, and the nation's foundational Christian values, to highlight places in which American society had failed to live up to its promises for all Americans. 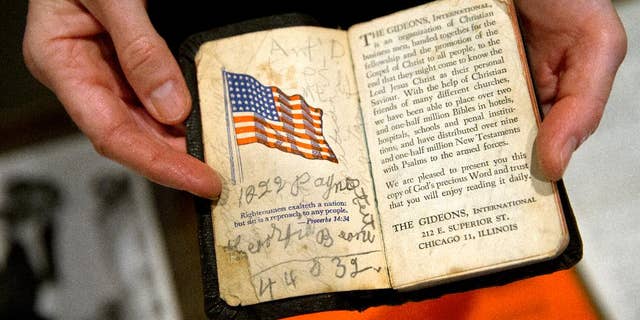 A personal Bible that Rosa Parks carried is shown to members of the media during a media preview of the Rosa Parks archive at the Library of Congress, Madison Building, in Washington, Thursday, Jan. 29, 2015.  (AP Photo/Jacquelyn Martin)

"Just as the Apostle Paul left his little village of Tarsus and carried the gospel of Jesus Christ to practically every hamlet and city of the Greco-Roman world, I too am compelled to carry the gospel of freedom beyond my particular hometown," King wrote from behind bars in April 1963, following one of his many arrests, in his famous "Letter from a Birmingham Jail."

"I am in Birmingham because injustice is here."

The movement that generated national headlines in Montgomery in 1955 reached a boiling point on May 4, 1963, when local officials unleashed police dogs and fire hoses on hundreds of protest marchers led by King.

The disturbing images shocked the nation.

The Civil Rights Act was passed, over a Democrat filibuster led by Tennessee Sen. Al Gore Sr., and signed into law by President Lyndon Johnson on July 2, 1964.

"Parks’ refusal was spontaneous but was not merely brought on by her tired feet, as is the popular legend," writes History.com. 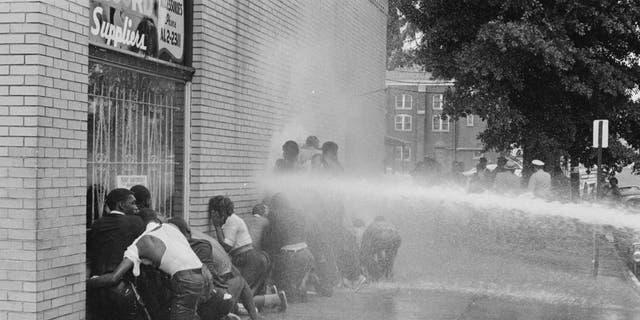 Firefighters use fire hoses to subdue the protesters during the Birmingham campaign in Birmingham, Alabama, May 1963. The movement, which called for the integration of African Americans in schools, was organized by Martin Luther King Jr. and Fred Shuttlesworth, among others.   (Frank Rockstroh/Michael Ochs Archives/Getty Images)

"In fact, local civil rights leaders had been planning a challenge to Montgomery’s racist bus laws for several months, and Parks had been privy to this discussion."

Parks had prepared for her moment to meet destiny.

"In addition to being a seamstress, she was also a respected community activist," writes the Smithsonian Institution's National Portrait Gallery.

"Not only was she a member of the NAACP … but she had also served as the local chapter’s secretary for many years and had been working on the desegregation of the city’s schools."

Parks has since been dubbed the mother of the civil rights movement.

Scenes of grief and destruction after 7.8 magnitude earthquake