This latest black and white optical illusion will help reveal if you have a super competitive personality or if you’re a brutally honest person.

Initially shared on TikTok by Charles Meriot — a self-styled optical illusion influencer — the video has since gained nearly 84,000 views.

Meriot’s video stunned several users, with many viewers agreeing with their results regarding their personality type. 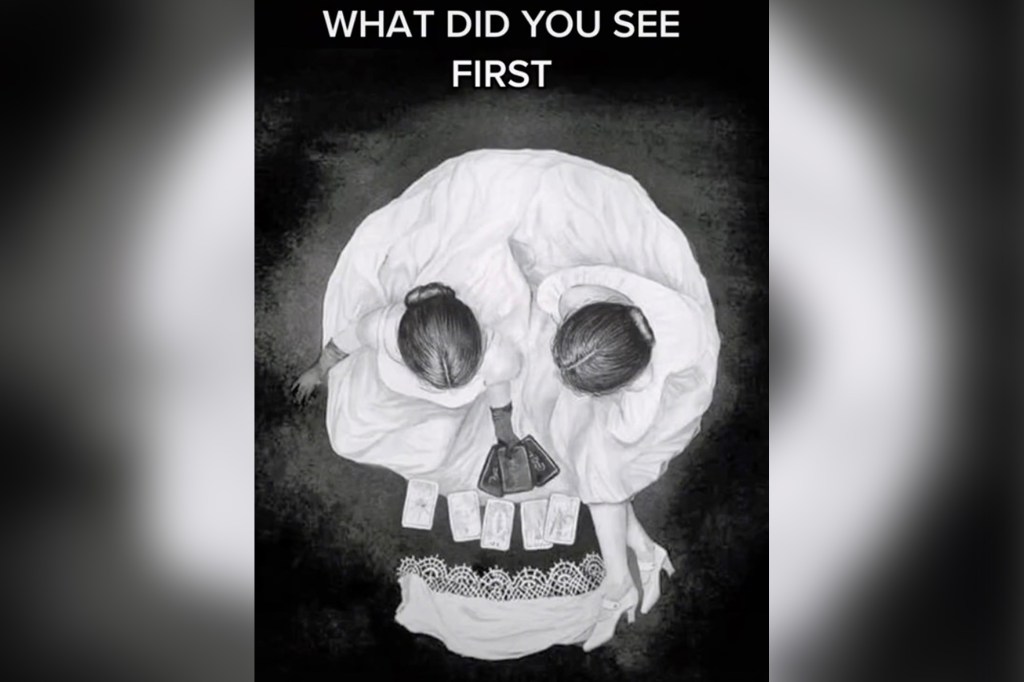 “If you saw the girls playing cards it means that you’re cheerful and optimistic,” said Charles, but added, “You’re very competitive and you like to win at everything.”

However, if you see a skull it means something completely different.

“If you saw the skull first it means you’re trustworthy and honest,” explained Meriot.

“Your friends can always count on you, but sometimes you tell them things that they don’t want to hear,” he continued

“I saw the skull maybe that’s why I have no friends cause I’m a straight up honest person,” lamented one user.

“I didn’t even see the girls playing cards,” said another.

One even admitted that they couldn’t see either skull or girls.

“I saw a tapeworm f–king a lightning bolt,” they said.