Harris had the Planned Parenthood logo on his cleats as part of the NFL’s My Cause My Cleats campaign.

"Thankful for the opportunity to represent @PPAdvocacyMA and to support women across America in the fight against the regulation of their bodies," he tweeted. "#HerBodyHerChoice."

After the tweet Wednesday, Harris was ruled out Thursday for the game. The Patriots lost the game 24-10. 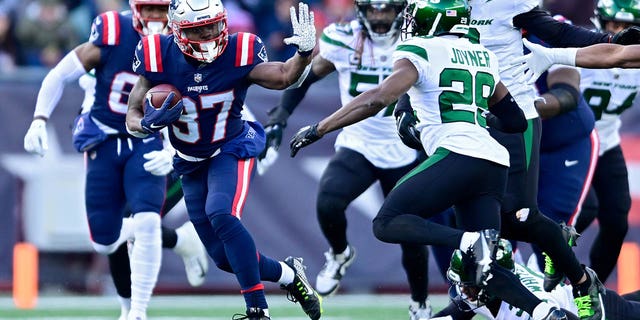 Damien Harris #37 of the New England Patriots carries the ball against the New York Jets during the first quarter at Gillette Stadium on November 20, 2022, in Foxborough, Massachusetts.  (Billie Weiss/Getty Images)

Harris’ campaign for Planned Parenthood comes months after Roe v. Wade was overturned. Once the Supreme Court made their ruling, more than a dozen states initiated so-called "trigger laws" to ban most abortions.

Back in May, Harris reacted to a Supreme Court draft leak on the opinion.

"This is wrong," he tweeted.

Harris wasn’t the only one to share opinions on the issue. Cincinnati Bengals quarterback Joe Burrow also reacted in June on Instagram. 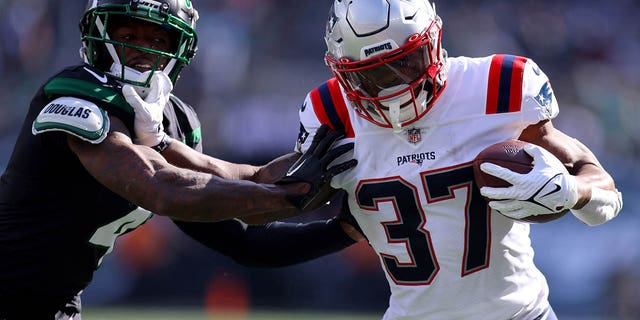 Damien Harris #37 of the New England Patriots runs with the ball as D.J. Reed #4 of the New York Jets defends during the first half at MetLife Stadium on October 30, 2022 in East Rutherford, New Jersey. (Mike Stobe/Getty Images)

The post, which had been shared on multiple social media accounts, started with "I’m not pro-murdering babies" and gave several hypothetical situations about why a woman would choose to have an abortion.

"I’m pro-Becky who found out at her 20-week anatomy scan that the infant she had been so excited to bring into this world had developed without life sustaining organs," the post read in part.

"I’m pro-Susan who was sexually assaulted on her way home from work, only to come to the horrific realization that her assailant planted his seed in her when she got a positive pregnancy test result a month later." 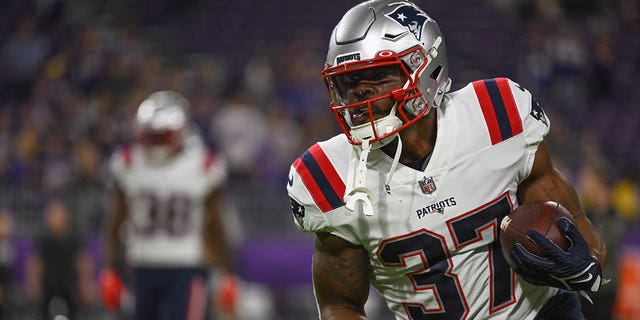 New England Patriots running back Damien Harris (37) runs with the ball during warmups before a game between the Minnesota Vikings and New England Patriots on November 24, 2022, at U.S. Bank Stadium in Minneapolis, MN. (Nick Wosika/Icon Sportswire via Getty Images)

"You can argue and say that I’m pro-choice all you want, but the truth is: I’m pro-life. Their lives. Women’s lives," the post ended.