The Pelicans' CJ McCollum is staying in New Orleans.

The Pelicans and the guard agreed to a two-year extension worth $64 million, according to multiple reports. 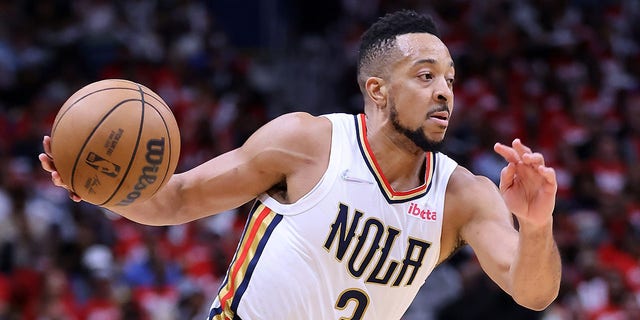 CJ McCollum #3 of the New Orleans Pelicans drives with the ball against the Phoenix Suns during Game Four of the Western Conference First Round NBA Playoffs at the Smoothie King Center on April 24, 2022 in New Orleans, Louisiana.  (Jonathan Bachman/Getty Images)

New Orleans acquired McCollum from the Portland Trail Blazers shortly before last year's trade deadline. McCollum was slated to be a free agent after the 2023-24 season before the deal.

McCollum, now 31, averaged 24.3 points per game as a Pelican last season, helping them to their first playoff appearance since the 2017-18 season. They were the No. 8 seed and lost to the top-seeded Phoenix Suns in six games. 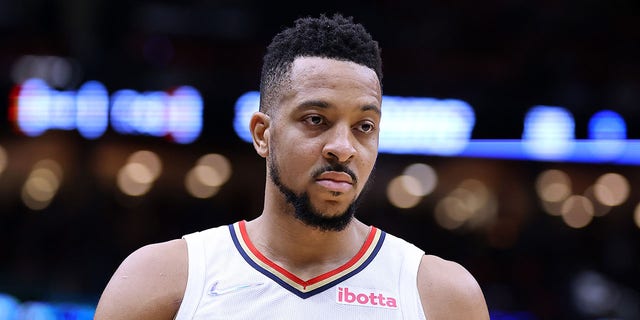 CJ McCollum #3 of the New Orleans Pelicans reacts against the Phoenix Suns during Game Four of the Western Conference First Round NBA Playoffs at the Smoothie King Center on April 24, 2022 in New Orleans, Louisiana. (Jonathan Bachman/Getty Image)

LEBRON JAMES SEEKS OUT NCAA ELIGIBILITY FOR ANOTHER SPORT

McCollum will be joined by Zion Williamson, who missed all of last season with a foot injury. He has been cleared to play without restrictions.

Williamson, McCollum, and Brandon Ingram are all now under contract for the next four seasons. 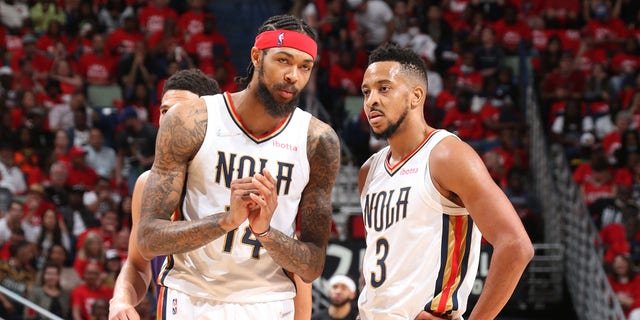 Brandon Ingram #14 and CJ McCollum #3 of the New Orleans Pelicans talk during Round 1 Game 6 of the 2022 NBA Playoffs against the Phoenix Suns on April 28, 2022 at the Smoothie King Center in New Orleans, Louisiana. (Layne Murdoch Jr./NBAE via Getty Images)

In his career, McCollum has averaged 19.2 points per game, but he has averaged over 20 in each of his last seven seasons.