Emilee Carpenter is a gifted photographer whose lavish images celebrate all kinds of people — Christian, Jewish, black, white, straight, gay and everything in between. She aims her lens at clients without fear or prejudice — with one notable exception.

She refuses to take pictures of same-sex weddings. That’s non-negotiable. And it could cost her — big time.

“I serve everyone, including those who identify as LGBT. But I now face threats of up to $100,000 in fines, a revoked business license and even jail time simply because of my Christian beliefs about marriage,’’ Carpenter, who lives and works near upstate Elmira, said this week.

“The government shouldn’t banish people from the marketplace because of their faith,’’ she continued. “Free speech is for everyone, not just those who happen to agree with the government.”

The state of New York would differ.

Carpenter is in the vortex in which a professional’s deeply held religious belief that holy matrimony is the union of one man and one woman is being attacked as a hate crime.

Carpenter has declined requests by same-sex couples to document their weddings. So she researched potential penalties — hefty fines, revocation of her business license, even up to a year behind bars — and freaked out. In April 2021, she sued New York, claiming its human-rights law forcing her to shoot same-sex marriages ran afoul of her First Amendment rights to free speech, free association and free religious expression, and violated the establishment clause and her right to due process.

In December, a district court judge dismissed the case. This delighted state Attorney General Letitia James, who is named in the suit — Emilee Carpenter Photography v. James. The AG called it “a huge victory in our pursuit to ensure that every New Yorker has equal access and equal protections under the law.’’

“Love is love,’’ James’ statement also said, “which is why my office will always fight to ensure that all New Yorkers are treated equally under the law.”

Except, apparently, Christians. Their beliefs are anathema to the woke social order. 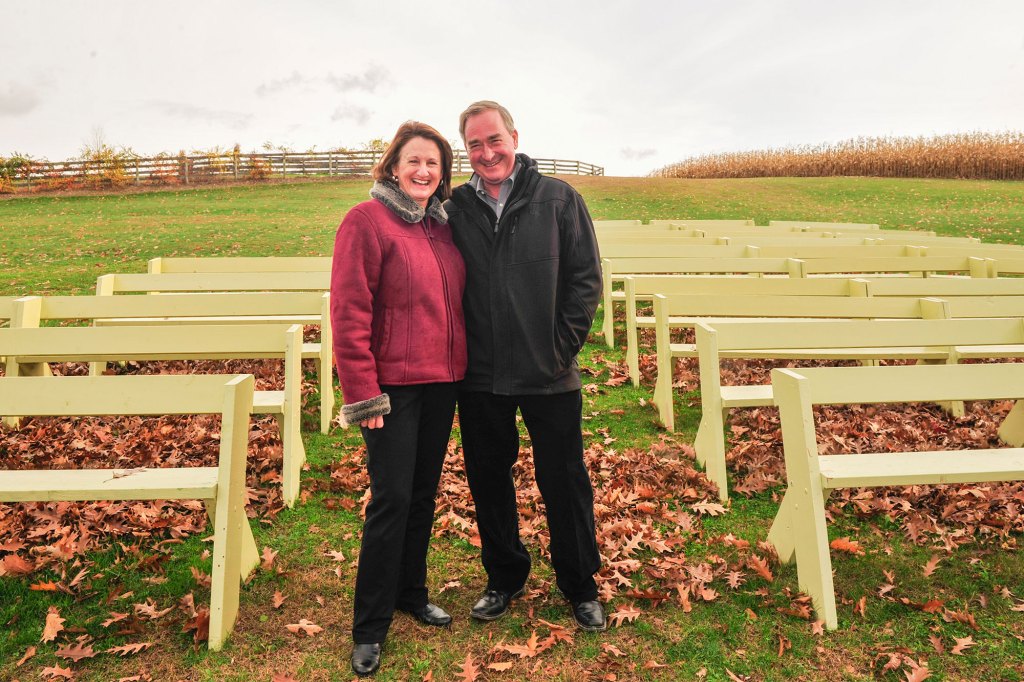 Cynthia and Robert Gifford were fined $13,000 by the state for not hosting a same-sex wedding ceremony on religious grounds in Schaghticoke New York

On Wednesday, the case got another look, as oral arguments were held in the US Court of Appeals for the 2nd Circuit in Manhattan. The three-judge panel grilled a lawyer for the conservative Alliance Defending Freedom group, which represents Carpenter, as well as a rep for the state Human Rights Commission and the upstate Chemung County Attorney.

Bryan Neihart of ADF argued that the Constitutional right to free expression must shield an artist such as Carpenter from being compelled to go against her values. The same would go for a tattoo artist whose work only celebrates Islam. Or for such creators as florists and calligraphers, Neihart said. The judges will rule at a later date.

The case recalls the ordeal of Cynthia and Robert Gifford, Christians who declined to hold a wedding ceremony for two lesbians at their upstate New York Liberty Ridge Farm back in 2012. (A reception would have been OK). As I reported, they were fined $13,000 by an administrative law judge — $1,500 to compensate each member of the couple for “mental anguish’’ and $10,000 to be poured into the black hole of state government. The couple’s appeal failed, and they gave up and took the financial hit that greatly harmed their family business. 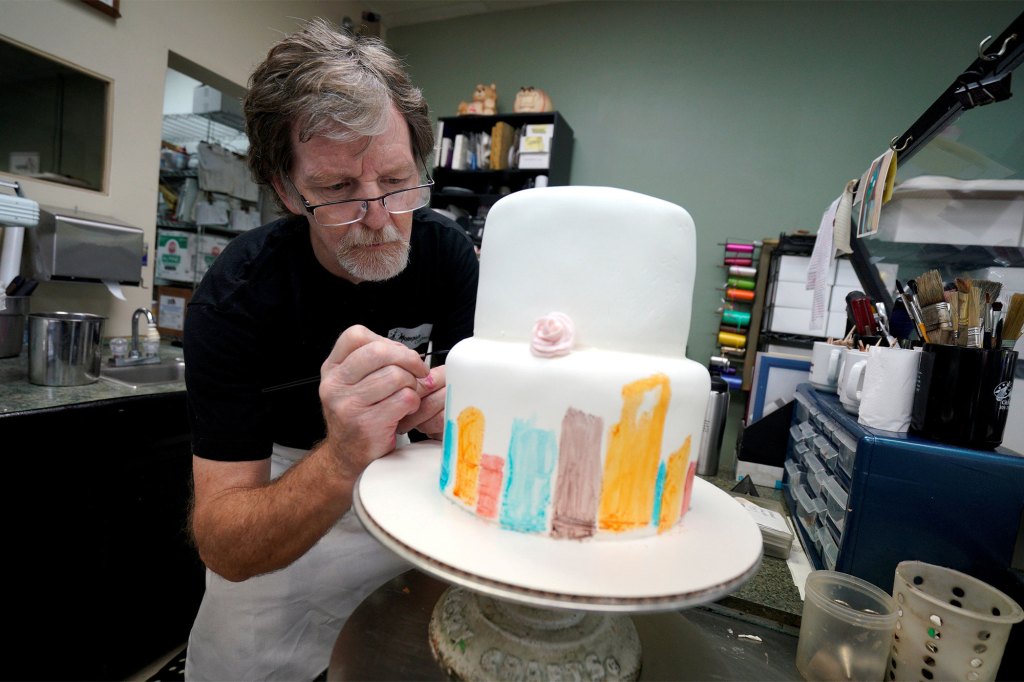 But Masterpiece Cakeshop in Colorado, whose Christian owner, Jack Phillips, refused to create a custom wedding cake for a couple of gay men — but has said he’d gladly make anyone a birthday cake or shower cake, cookies or brownies — has been caught in a Kafkaesque nightmare.

In 2018, the US Supreme Court ruled by a 7-2 vote that Phillips did not violate the state’s anti-discrimination law. But the harassment of the religious baker continues to this day.

Colorado’s Civil Rights Commission filed another complaint against Phillips’ bakery, on behalf of transgender activist Autumn Scardina after the cake-maker declined to create a birthday cake that’s blue on the outside and pink on the inside to symbolize Scardina’s transition from male to female. Phillips countersued, claiming, justifiably, that he was being singled out for his religious beliefs. In early 2019, both parties dropped their cases.

But the activist continued the anti-religious crusade, filing separate litigation against Phillips’ bakeshop in District Court. Last year, a judge ruled in favor of the trans woman. That case is on appeal.

Readers know I support same-sex unions, as do a majority of Americans. But the persecution of people of faith should frighten us all, regardless of sexual orientation.

This is just another form of bigotry.