Most voters would rather see Gov. Ron DeSantis, R-Fla., as the GOP nominee in 2024 over former President Donald Trump, according to a new poll that also found the majority of Democrats do not think President Joe Biden should seek re-election next cycle.

A Marquette Law School poll revealed that in a hypothetical 2024 matchup between DeSantis and Biden, the two candidates were tied among registered voters, both receiving 42% support. About 11% said they would choose a different candidate.

The results reflect a major increase in support for DeSantis compared to a January Marquette poll where he received only 34% support compared to Biden's 43%. In a March poll from the university, the Republican governor began gaining momentum, locking in 35% support and eventually hitting 38% support in a September survey.

When respondents were asked who they would vote for if Trump were the GOP nominee and Biden the Democratic pick, the poll found Biden with a 10-point edge over the former president, 44% to 34%. Nearly 20% of respondents said they would choose a different candidate and 4% would not vote.

The results show a decline in support for Trump over the past few months, after a March poll found he received 38% support, while still trailing Biden by 5 percentage points.

When asked who they would rather see as the 2024 GOP nominee, DeSantis or Trump, 63% said DeSantis would have their vote, while only 36% were rooting for Trump to win the primary. 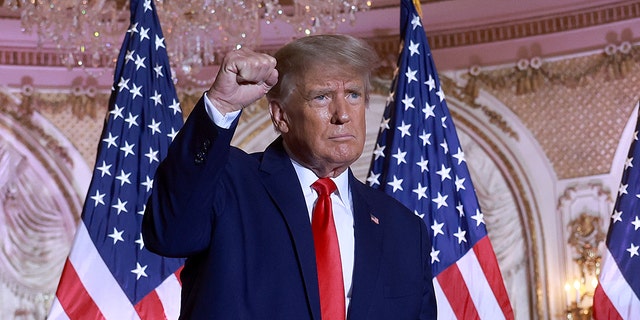 Former U.S. President Donald Trump announced that he will seek another term in office and officially launched his 2024 presidential campaign.   (Joe Raedle)

DeSantis also lead among Republican-identifying respondents, receiving 55% support over 45% who would like to see Trump representing the party in the 2024 presidential election.

According to the poll, 67% of respondents do not think Biden should seek another term in the White House. Among Democrats, 53% do not think the president should run in 2024.

Among all respondents, 55% disapprove of Biden's handling of the presidency, according to the poll. 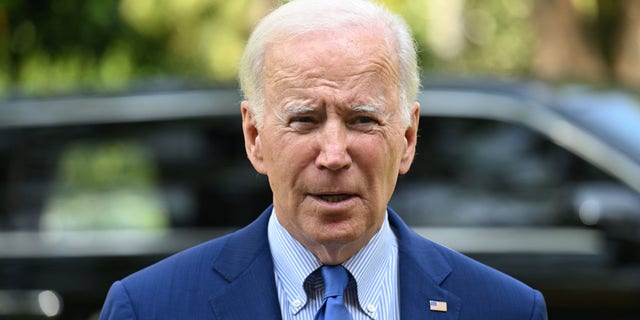 US President Joe Biden has not officially announced if he will seek a second term in 2024. (Saul Loeb/AFP)

The Marquette Law School survey was conducted from Nov. 15 to 22, with a margin of error of 3.7 percentage points.