Actor Michael Rainey Jr., known for his role as Tariq on the Starz hit show Power, shared an encounter he had with an officer on social media.

Rainey was pulled over for a routine traffic stop. His friend, sitting in the passenger seat, began to record the incident in which the officer appeared to have his hand on his gun. In the video, the officer is heard telling Rainey, “Just give me your license.” 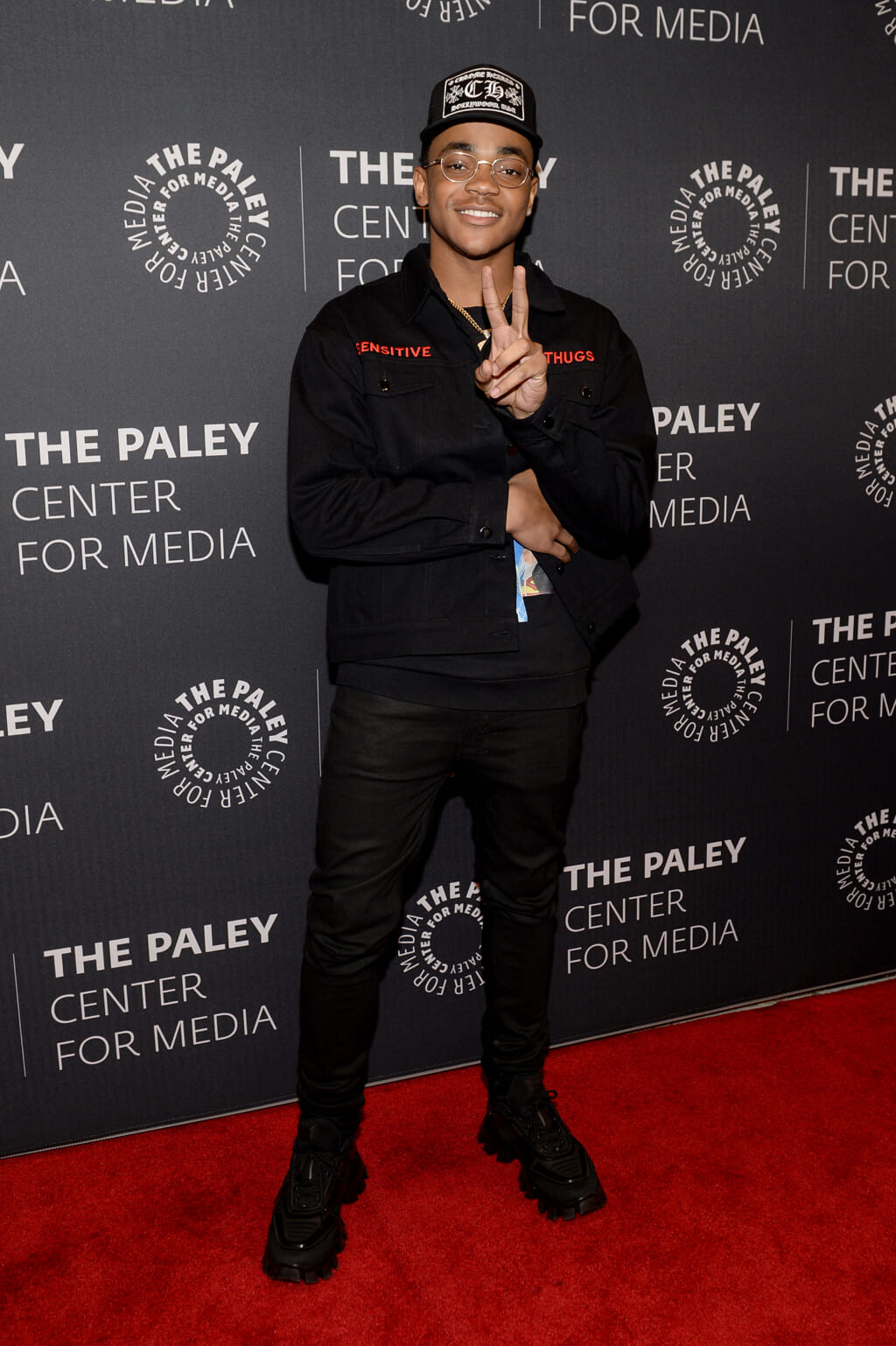 Read More: Hercy Miller, son of Master P, to hoop at an HBCU

In the caption of the Instagram video, Rainey said, “This guy was about to shoot me. I swear that camera saved my life. Look what he does as soon as he looks into the lens. Someone please send his precinct of whatever if you know. These power tripping a– police need they badge taken. Unlawful traffic stop. Didn’t even pull me over. Didn’t tell me what I was being pulled for.”

He continued, “Just came to the whip yelling and sh– wit his hand on his gun. This guy also said stop reaching while I was looking for my license. I guess he was tryna come up with a reason to shoot me.”

In a video, Rainey accused the officer of pulling him over because of his nice vehicle.

“You can’t be Black in this world with a nice car, bruh. That’s why we have to keep being Black and keep getting nice cars on these m———–.”

In the comment section of TheShadeRoom, comedian DC Youngfly left prayer hands in response to the incident while 50 Cent said, “Dam. This is crazy.”

“Surrounded by legends,” he said in his Instagram story.

Topless protester runs through crowd of people at Windsor Castle

Adam Toledo shooting: Chicago prosecutor placed on leave over statement on whether teen had gun in hand

In its latest lurch to the far right, Denmark plans to send some refugees back to Syria

Joe Biden is meeting the cold reality of office

Residents enjoy a lifestyle filled with beauty at The Tradition (Sponsored)

HomeAid continues to receive contributions in spite of COVID-19 challenges

‘How It Feels to Be Free’ Review: A Captivating Documentary Salute to Cicely Tyson, Lena Horne, Nina Simone, and Other Black Female Stars Who Blazed the Trail

Grace and grief as Prince Philip is laid to rest

Blue Island woman dies after being struck by car

No relief: Orioles score late off Rangers pen in 6-1 victory

Mother says in jailhouse interview that she killed her three children

Panthers beat Lightning 5-3 to move into 2nd in Central

Fire draw 2-2 with Revolution in return to Soldier Field

Why Crosley Green's freedom still hangs in the balance

Apple growers Of Kashmir are in touch with me, says Rakesh Tikait

LEADING OFF: Twins postponed at Angels because of virus

US, China 'Committed to Cooperating' on Climate Crisis: Joint Statement

$25 Million Worth Of Giant Clam Shells Seized In The Philippines

The world's biggest vaccine producer is running out of Covid-19 vaccines, as second wave accelerates

US, China agree to cooperate on climate crisis with urgency

Armed patrol group tries to keep the peace in Minneapolis

‘It was really a traumatizing thing’: Woman recounts being carjacked in Wicker Park with 2-year-old daughter in backseat

Ontario retracts new restrictions that drew the ire of many

Finding 'value in the valley': YA authors at a Festival panel on Black life and self-love

Founder of Adobe and developer of PDFs dies at age 81