Proposition 15 in California: What to Know 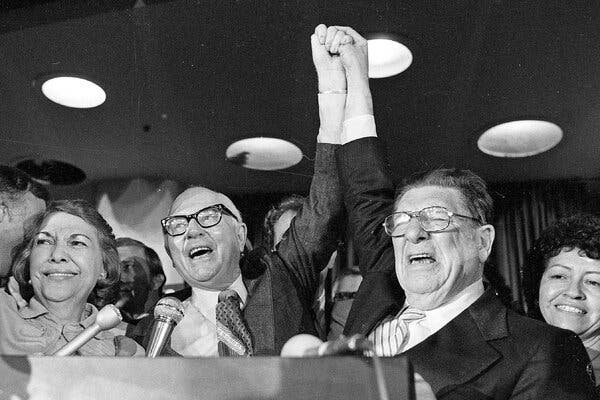 It would change the way commercial properties are taxed, partially rolling back Proposition 13, the landmark 1978 measure that capped property tax increases and has been a defining force in California fiscal policy ever since.

[Refresh your memory on the highest-profile ballot initiatives this year.]

My colleague Conor Dougherty wrote more about the long-running fight — its roots and why it’s important. I asked him about what could be ahead.

Here’s what he said:

You explain this in the story, but can you set up the stakes for Proposition 15? Why is it such a big deal for Californians?

Well for starters, if it passes it would be one of the biggest tax increases in state history, so that alone is a big deal. But there is also a lot of symbolism here.

Proposition 13 has defined California’s land and politics since 1978 and has been considered untouchable ever since. Even a tiny step toward rolling it back would be a big deal, and this is a big step. So if it’s successful it will change our perception of what’s considered politically possible.

Proposition 13 is uniquely a product of California. But are there ways in which the fight over it has influenced national debate or federal policy? And how does Proposition 15 fit into the national economic picture?

Proposition 13 is widely credited with kick-starting a nationwide tax revolt, and there are other places, like Florida, that have laws that limit how fast property values can be reassessed. So it’s not completely unique.

What I think is significant here is Proposition 15 seems to suggest a new attitude toward taxes and a desire to tax large corporations. If you believe the adage that California is a look at the nation’s future — and that certainly applied to Prop. 13 in 1978 — then, like I said, there’s some symbolism here of the original tax revolt potentially getting reversed.

Say Proposition 15 passes. How much would proponents see that as an opportunity to ask voters to change the residential property side of things? Or is there a sense that they’d just take the win?

I don’t think anyone will go near residential homes for a while, if ever. Proposition 13 is still incredibly popular.

Now, say Proposition 15 fails. What would happen then? Would the “Yes” campaign regroup and come back in two years or four years? Are there other ways policymakers might try to generate that money? (Notably, the other Proposition 13 that was on the ballot earlier this year failed, so is a big bond measure off the table for a while?)

Over the past year Californians seem to have become less amenable to tax increases. Will that affect Prop. 15? Hard to say.

Coming back at it will be hugely expensive so I suspect it will be a while before that gets tried again, but it depends on how close the Proposition 15 race is.

What will you be watching most closely as the results come in? What questions are you hoping to answer?

I’ll be watching the margins. If it barely passes or barely fails, I expect that will mean one side or the other will continue to take a whack at it in future elections — remember, even if it passes, the “No” side can try to roll back the rollback in a more favorable election. But if it’s a definitive failure or definitive victory, that gives either outcome a better chance at sticking.

[See The Times’s full voter guide for Californians, with information about how, when and where to cast your ballot. | Leer en español.]

Read more about the election:

If you missed it, a report found that more work must be done to get first-time or harder-to-reach voters to the polls. [The New York Times]

Here’s what else to know today

A helicopter drops water onto hot spots of the Silverado Fire behind homes in the Foothill Ranch area near Lake Forest.Credit...Mark Rightmire/The Orange County Register, via Associated Press
Cecilia Chiang at her apartment in San Francisco in 2019.Credit...Erin Lubin for The New York Times

Messi dedicated the goal to Maradona: under the Barca Jersey, he put on a retro Newells old boys t-shirt. Diego played 5 games for him in 1993
Cavani scored 3 (2+1) points, coming on as a substitute in Manchester United's match with Southampton. He has 3 goals in 5 games in the Premier League
Solskjaer about the comeback against Southampton (3:2): Manchester United never give up - this is a feature of the club
Koeman about 4:0 with Osasuna: an Important win, I'm happy. Barcelona can't afford to lose any more
Milan have scored in 29 consecutive Serie A games. This is a repeat of the club record of 1973
Messi dedicated the goal to Maradona, showing a newells old boys t-shirt
Clarence Seedorf: if Barcelona sign Depay, so much the better for them. One of Europe's top talents
Source https://www.nytimes.com/2020/10/29/us/california-prop-15.html

San Francisco sees 265% increase in COVID test positivity: What you need to know

Pentagon seeks to defend a new generation of cyberattacks

Birx says Americans who gathered for Thanksgiving should assume they're infected

These are the best AirPods deals of Cyber Monday

Fact or fiction? UK govt says 'The Crown' should be clear

The best Cyber Monday deals on Dyson, Roomba and more

Trump: 'I'm ashamed that I endorsed' Kemp in Georgia

Nearly half of LGBTQ adults are religious, U.S. study finds

Disney's Cyber Monday sale has started early, and everything is on sale

Cost to Delay Tokyo Olympics Is Estimated at $2 Billion

Tim Graham: Media adoration of Biden not at Obama levels – yet

Stream It Or Skip It: ‘Mosul’ On Netflix, A War Drama Based On The True Story of An Iraqi SWAT Team

UN Agency: Physical Activity Can Save Up to 5 Million Lives a Year

Cyber Monday 2020: Teva deals take up to 50 percent off sandals, boots and more

Ravens-Steelers game continues to be threatened by COVID-19 chaos

What Time is ‘The Undoing’ Finale on HBO Max?

Can my employer demand a COVID-19 antibody test before returning to the office?

Retired Navy admiral behind bin Laden raid: The rest of the world is waiting for Biden

Trump slams judges' election decisions: 'What kind of a court system is this?'

Heavy rain forecast from Louisiana through the Southeast

Fauci says U.S. could see ‘a surge upon a surge’ in coronavirus cases

NBC, Peacock apologize for Selena Gomez jokes in ‘Saved by the Bell’ reboot, plan to donate to lupus charity

The N.F.L. Confronts a Growing Crisis

Rutgers rallies to knock off Purdue 37-30 behind Langan

George Clooney: Down to Earth

Key question in Cosby appeal: Does defendant's past matter?

Fauci warns of ‘uptick’ in COVID-19 cases after Thanksgiving gatherings

Steelers Vs. Ravens Game: Time, Schedule, How To Watch Steelers/Ravens Live On NBC

Sean Connery’s cause of death listed as pneumonia, heart problems and ‘old age’

Coronavirus deaths could be doubled, US to face calamity: Expert warns

Barack Obama gives Drake his approval to play him in a movie: 'That is a talented, talented brother'

Fact-check: No, govt isn't giving free laptops to students or jobs to every family

Man charged in family's death near Disney: 'I wasn't there'

America was a traumatized nation even before Covid. We need to start healing.

More Than 30 Killed In Suicide Bombings In Afghanistan