Tom Thibodeau already has said that he expects Evan Fournier to open this season as the Knicks’ starting shooting guard due to his ability to spread the floor with the first unit.

Adding to what already had to be a disappointing training camp for Quentin Grimes, the second-year guard also will miss the Knicks’ preseason opener Tuesday night against the Pistons with a sore left foot.

“He’s doing a little more each day. We feel we don’t want to rush [him] right now,” Thibodeau said of Grimes after Monday’s practice in Tarrytown. “Do what you can and then progress step by step, make sure we’re good.”

Thibodeau also praised Grimes — the 22th overall pick in the 2021 draft — for his “unusual competitiveness” and ability to guard multiple positions in 45 appearances as a rookie last season. 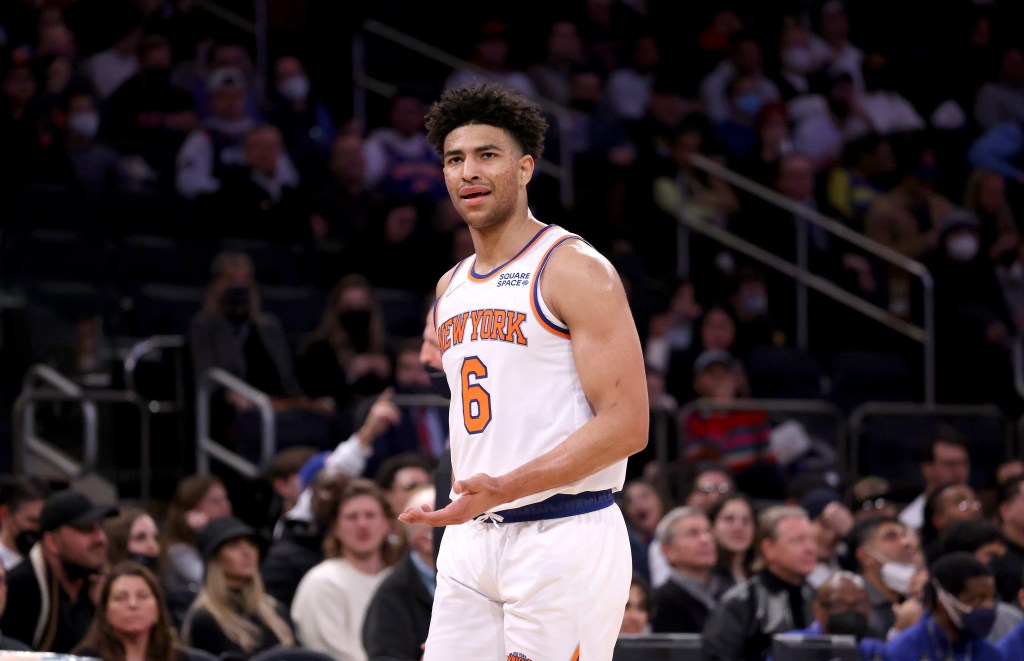 “Obviously, I gotta manage myself a little bit because of my summer. But actually, I’m good,” Fournier said. “There’s no injuries. I didn’t miss any practices throughout the summer. So I’m fine.

“I guess in every situation there’s good and bad, but I think in my case it puts you in the rhythm early on. You come in, in shape, and sometimes when you sit for six months and you don’t play competitive ball, you can lose a little bit of rhythm, and it can be a shock when you start again. That’s not gonna be the case, so hopefully, I make some shots and play well.”

Jericho Sims and Svi Mykhailiuk have been listed as questionable for Tuesday’s game with groin issues. “Playing it safe with everyone. If they’re ready, they’ll go. If not, give them the extra rest,” Thibodeau said.